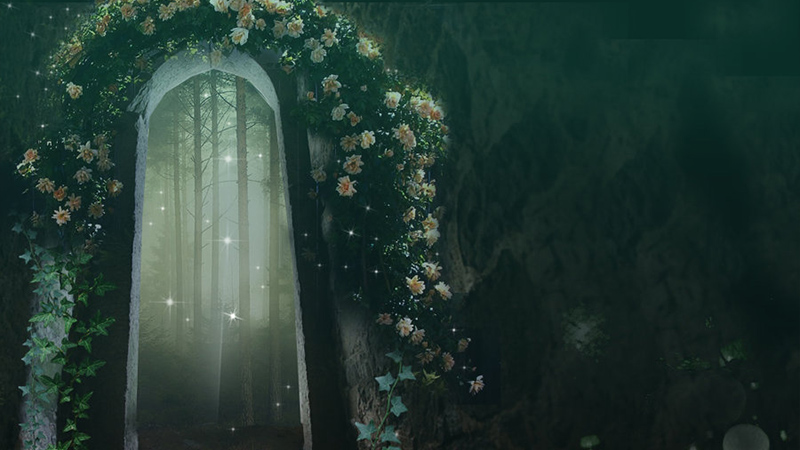 This new spell comes as a request from one of the subscribers to the Forsaken Peak mailing list. It is based loosely on the mechanics of the old Silent Hill video game. Here is her description of how the spell should work:

I’m a huge Silent Hill fangirl. I’m not sure if you’re familiar with the lore or any of the games/movies, but basically Silent Hill has 3 main planes of existence: fog world (everything is light gray scale, lots of fog, no enemies, spooky but mostly quiet,) regular Silent Hill (basically a ghost town, no fog, basic amounts of enemies, spooky and dangerous) and the other world (everything is rusted and industrial, darkened, almost hazy, more enemies than usual, terrifying and deadly.) I’d love a high-level spell which can create a sort of dimentional rift and create 3 versions of the “Earthly” Plane without stepping fully into the Etherial Plane, almost like looking at a 3d image without 3d glasses on.

The way I tackled this request is building it off of the way the Etherealness spell works, and then making it possible to sidestep into the Fog Realm (which is like the Ethereal Plane but without encounters) and the Shadowfell, which sounds close to the description of the other world. Think Stranger Things.

If you’d like your own request made, check out the Request Page for options.

Dimensional Rift is a 9th-level conjuration spell available to Sorcerers, Warlocks, and Wizards of the requisite level.

Components: V, S, M (a polished silver mirror worth at least 1,000 gp which the spell consumes)

For the duration of this spell, you can use your action to jaunt between the Shadowfell, the Feywild, the Prime Material Plane or the Ethereal Realm as long as you are in the Shadowfell, Feywild, or Prime Material Plane. You remain in the plane for the duration or until you use your action to jaunt to another one of the realm options offered in this spell.

When you jaunt between the Shadowfell, Feywild, and Prime Material, you arrive in the same spot that corresponds with your current position on the mirror plane. For example, if you use your action to jaunt to the Shadowfell while standing at the mouth of the Neverwinter River in Neverwinter, you appear next to the river of lava in Evernight.

While in the Ethereal Plane, you can only affect and be affected by other creatures on that plane. Creatures that aren’t on the Ethereal Plane can’t perceive you and can’t interact with you unless a special ability or magic has given them the ability to do so.

You ignore all objects and effects that aren’t on the Ethereal Plane, allowing you to move through objects you perceive on the plane you originated from.

When the spell ends, you immediately return to the plane you originated from in the spot you currently occupy or its similar position in the plane that you were in. If you occupy the same spot as a solid object or creature when you return from the Ethereal Plane, you are immediately shunted to the nearest unoccupied space that you can occupy and take force damage equal to twice the number of feet you are moved.

This spell has no effect if you cast it while you are any plane of existence other than the Prime Material Plane, the Shadowfell, or the Feywild.

Want this in PDF?

Patrons get all PDFs made by me for free. For as little as $3 per month, you can get access to all the PDFs that I create for Fifth Edition. Become a Patron today and get this PDF. In addition to this spell, I’ve also included my Fifth Edition update on Duo-Dimension.

If you haven’t already heard, we’re offering a FREE Fifth Edition adventure (including 18-pages, 26 areas, 6 new monsters, and 2 new magic items) for you to download and keep as your own.

It’s part of the MASSIVE Forsaken Peak megadelve that myself and Justin David Russell are working on.

Download The Secret of Forsaken Peak Part 1: The Goblin Mine now.