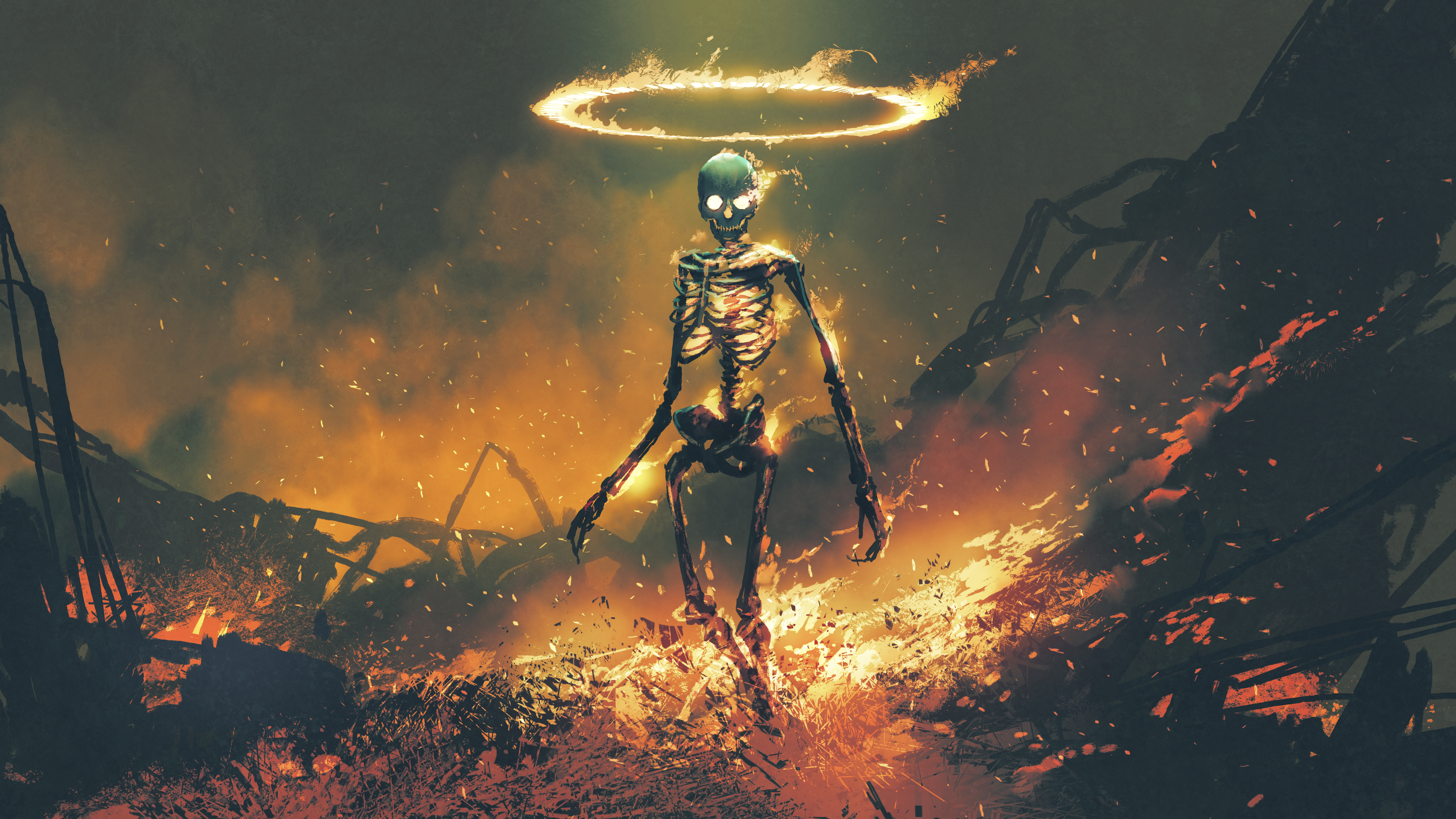 Flammengeists are skeletal undead wreathed in ghostly flames. A large halo of light and fire surrounds their heads. They are the creations of the Obelisk of Zo, made from rogue evokers who willingly sacrifice themselves to Zo’s cause. Flammengeists have an innate ability to detect creatures imbued with the energies of the Other. As such, they are sent into the Material to track down the enemies of Zo, in particular, the Chosen Ones of Phajani.

Undead Nature. The flammengeist does not require air, food, drink, or sleep.

Magic Resistance. The flammengeist has advantage on saving throws against spells and other magical effects.

Warding Flare. When the flammengeist is attacked by a creature within 30 feet of it that it can see, it can use its reaction to impose disadvantage on the attack roll, causing light to flare before the attacker before it hits or misses. An attacker that can’t be blinded is immune to this feature.