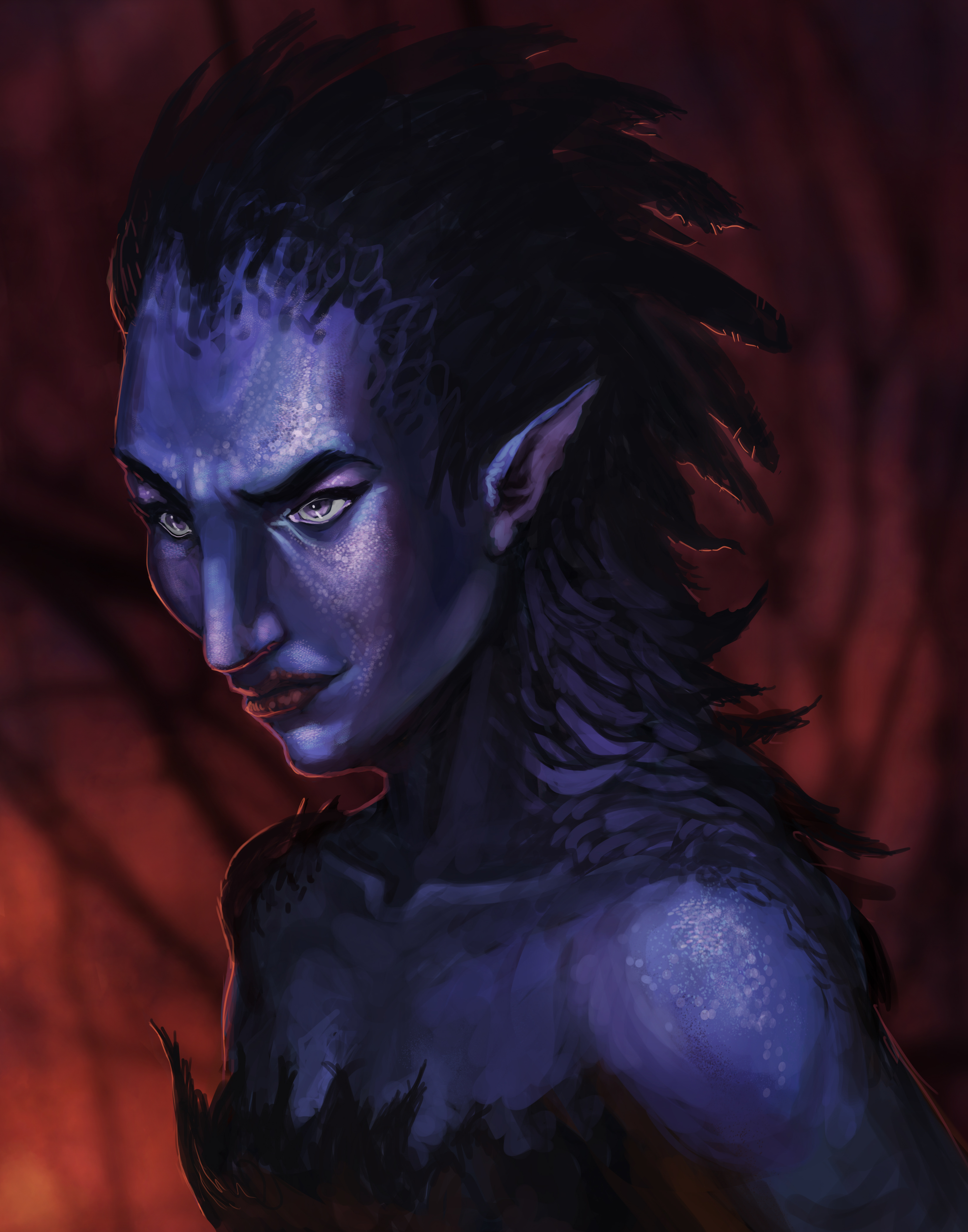 The umbra are the inhabitants of the Shores of Despair in the Other and the Other’s dominant race. Visitors to the Other, whom the umbra have dubbed “Those Who Encroach”, who have met the umbra recount tales of a vile, cruel species of elf-like creatures. Hence, the erroneous nickname “shadow elf.”

Other Resilience. The umbra has advantage on saving throws made against necromancy spells and is immune to spells that use color or prisms (such as color spray or prismatic wall).

Shadow Stealth. While in dim light or darkness, the umbra can take the Hide action as a bonus action.

Sunlight Weakness. While in sunlight, the umbra has disadvantage on attack rolls, ability checks, and saving throws.

Multiattack. The umbra makes two attacks with its fu taos.

Tornado Spin (Recharge 6). The umbra makes five attacks with its fu taos against one target.