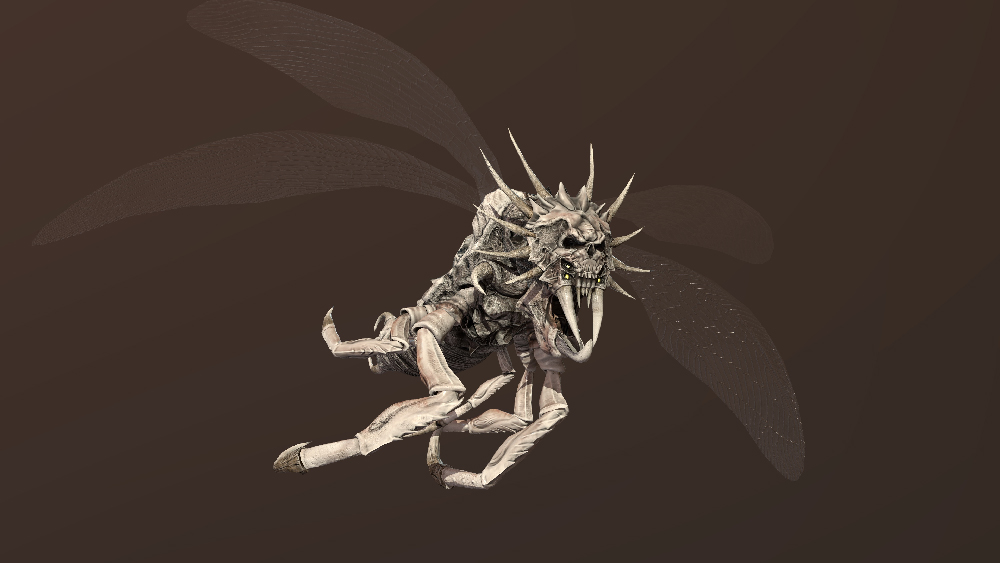 A flitterbug is an aberration that is home in the swamps and mires of Omeria, particularly near the Obsidian Plain. Misclassified as an “insect”, flitterbugs are actually horrific aberrations created through rogue conjuration magic. The Striped Conjurers of Karmithyash trained the flitterbugs as guardian creatures, using them as a “living landmines” in the Black Swamps of Barkor. Over 200 Alliance troops perished in the swamps, many of whom were deprived of their heads. The Barkorin Hags then reanimated the heads to haunt the swamps, further plaguing the Alliance members.

Flyby. The flitterbug doesn’t provoke opportunity attacks when it flies out of an enemy’s reach.

Saw. Melee Weapon Attack: +4 to hit, reach 5 ft., one target. Hit: 7 (2d4 + 2) slashing damage.  If the target is a creature other than an undead or a construct, it must succeed on a DC 10 Constitution saving throw or lose 2 (1d4) hit points at the start of each of its turns due to an aberrant wound. Each time the flitterbug hits the wounded target with this attack, the damage dealt by the wound increases by 2 (1d4). Any creature can take an action to stanch the wound with a successful DC 13 Wisdom (Medicine) check. The wound also closes if the target receives magical healing.