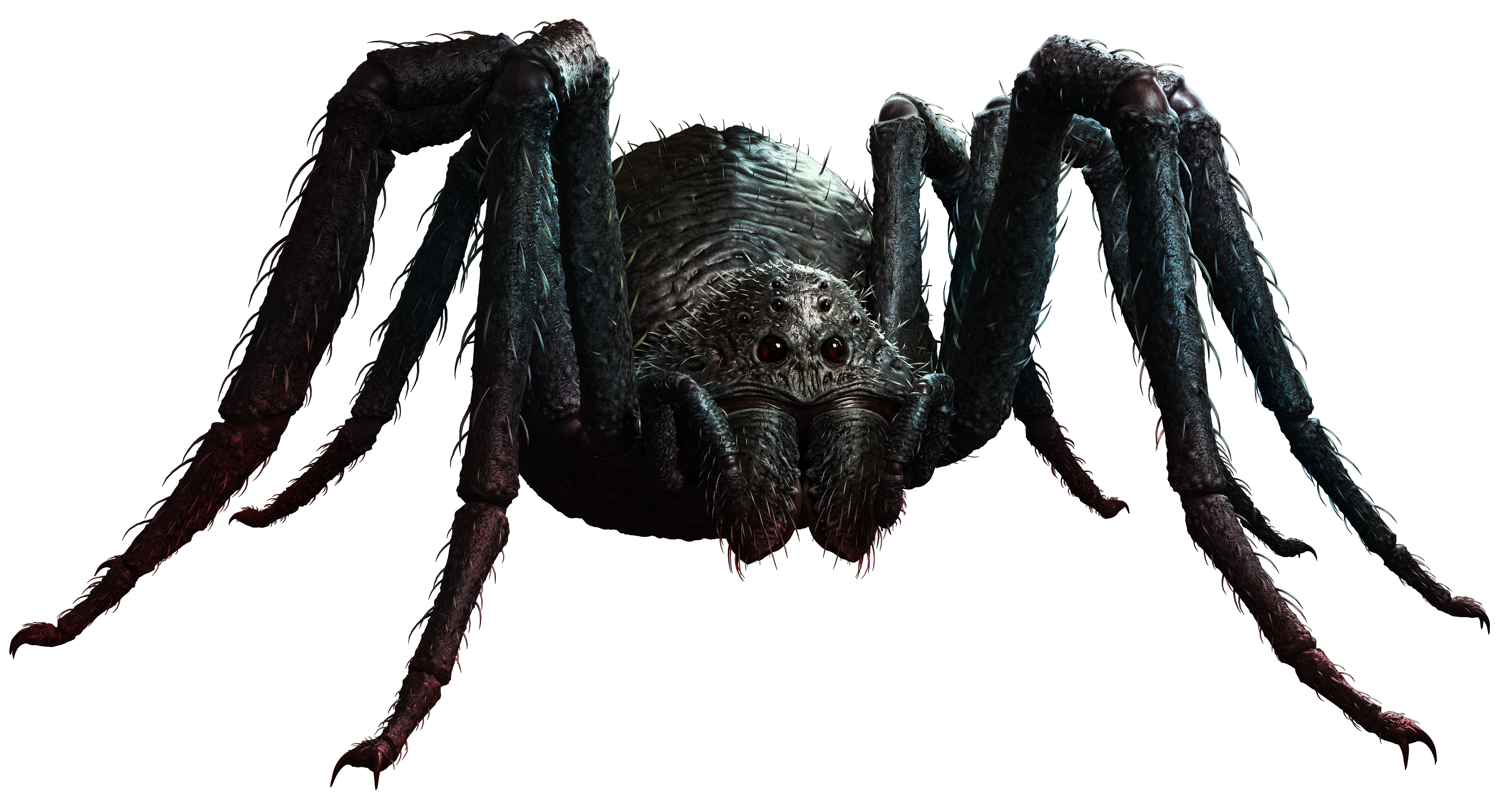 Flying spiders, like their cousins, the giant wolf spider, are intelligent, pony-sized arachnids that hunt in the dark. Whereas wolf spiders prefer caverns and underground places to find their prey, flying spiders take to the outside world on mountainsides and dark forests.

A stealthy predator, flying spiders prefer to fly by and grab their targets with their strong foreclaws. Soon after, they bite the creature and inject it with a paralyzing agent. Once paralyzed, the flying spider delivers the creature to its hundreds of young who dine on the creature while it is still very much alive.

Flying spider wings are a favored spell component of many hags.

Expert Grappler. Grappling a Small or smaller creature does not impose a penalty on the spider’s flying speed.

Spider Climb. The spider can climb difficult surfaces, including upside down on ceilings, without needing to make an ability check.

Bite. Melee Weapon Attack: +2 to hit, reach 5 ft., one creature. Hit: 3 (1d6) piercing damage and the target must make a DC 11 Constitution saving throw, taking 7 (2d6) poison damage on a failed save, or half as much damage on a successful one. If the poison damage reduces the target to 0 hit points, the target is stable but poisoned for 1 hour, even after regaining hit points, and is paralyzed while poisoned in this way.