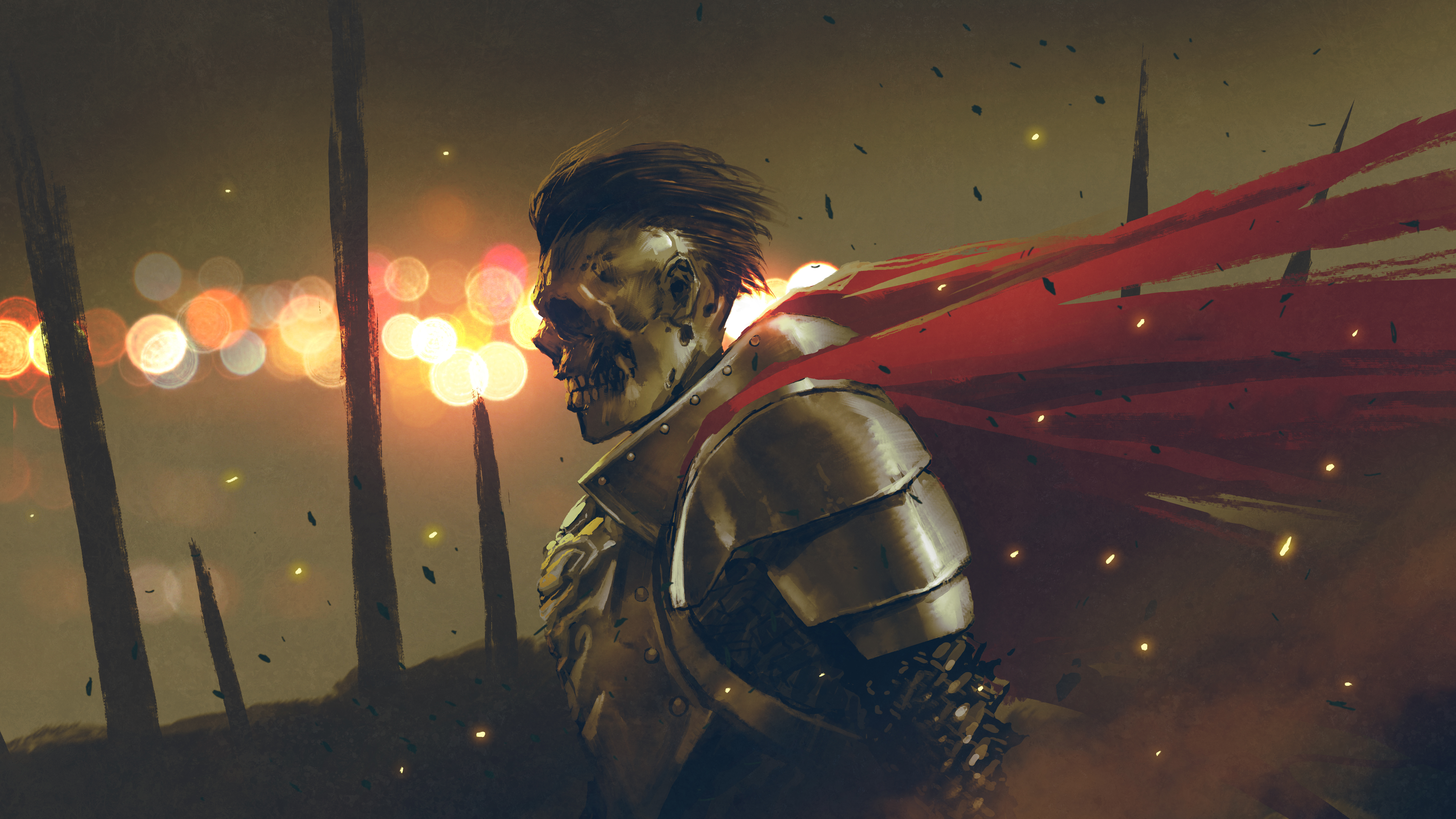 Knights whose bodies were dedicated to a specific task in life and followed that task without fail can be raised as special-purpose animated skeletons known as tomb guardians. Just as they did in life, tomb guardians stand vigilant in the face of danger.

A common mistake tomb robbers make when pitted against a tomb guardian is that because they are stiffer and slower than other undead they must not pose a true threat. Of course, many of those tomb raiders are now dead, slain by these skeletal knights. Tomb guardians attack with the same purpose and craft they possessed in life; the only difference is that they lack flesh. The mortal coil can no longer keep them back.

The elven kings of Imfe Aiqua keep tomb guardians within the Tomb of Nihalar. Their purpose is to seek out and destroy any creature “unworthy” to enter the forbidden tomb.

Undead Nature. The tomb guardian does not require air, food, drink, or sleep.

Languages understands the languages it knew in life but cannot speak

Turn Resistance. The tomb guardian has advantage on saving throws against being turned.