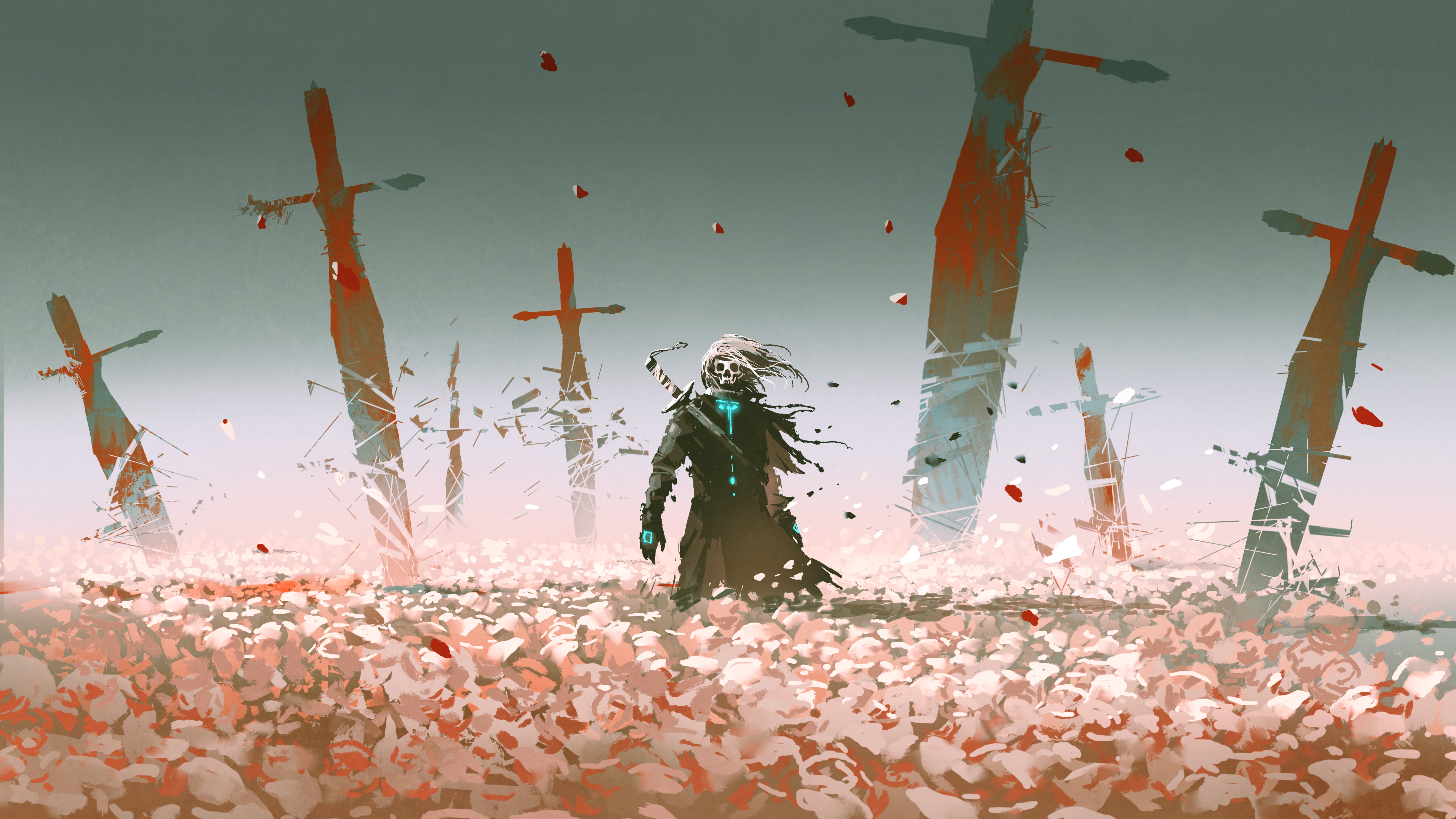 At 3rd level, a fighter gains the Martial Archetype feature. The following Ghost option is available to a fighter, in addition to those normally offered.

“We are the unseen,” read the pamphlets and graffiti left behind by the fighters who share this mysterious, cult-like martial archetype. And there is a lot of truth to that claim. Blending the techniques and stealth of assassins and rogues, Ghost fighters move through the Stretch as careful predators. When finally pitted against a foe, they cut through enemy ranks like a bullet through paper.

Starting at 3rd level when you take the Ghost archetype, you gain proficiency in the Stealth skill and your proficiency bonus is doubled for any ability check you make that uses Stealth.

At 7th level, you’ve learned to anticipate dangers before they happen. You add your proficiency bonus to your initiative checks in addition to your Dexterity modifier.

At 10th level, you can use your bonus action to make a Charisma (Intimidation) check contested by a target’s Wisdom (Insight). The target must be within 30 feet of you and able to see you. If the check is successful, the target is frightened of you until it takes damage or until the end of its next turn. While the creature is frightened, you have advantage on attack rolls against it. If the target succeeds on the contest, it is immune to this feature for the next 24 hours.

You can use this feature three times and regain all expended uses after you complete a long rest.

Starting at 15th level, you can use your action to make a single melee attack against a target within reach. You have advantage on the attack roll. In addition, if the attack hits you can roll one of the weapon’s damage dice one additional time.

At 18th level, as a bonus action or as a reaction when a creature hits you with an attack roll or harmful spell, you can become incorporeal. While incorporeal, you gain resistance to all damage except for radiant and force damage, including from the triggering attack. You can move through other creatures and objects as if they were difficult terrain, but you take 1d10 force damage if you end your turn inside an object. You remain incorporeal as long as you concentrate (as if concentrating on a spell), up to 1 minute, until you make an attack or cast a spell, or you use your bonus action to end the effect.

Get this PDF and more sub-classes for the Aberranterra campaign setting when you become a Copper patron!

Not only do you get the Ghost martial archetype in PDF form, but you get its motorcycle, the Ghost Lumibike with it.

November 7th, Aberranterra releases, introducing a whole new work of post-apocalyptic madness. This sub-class along with probably a dozen others will be included in that work along with new races, rules, and details for running an Aberranterra campaign.