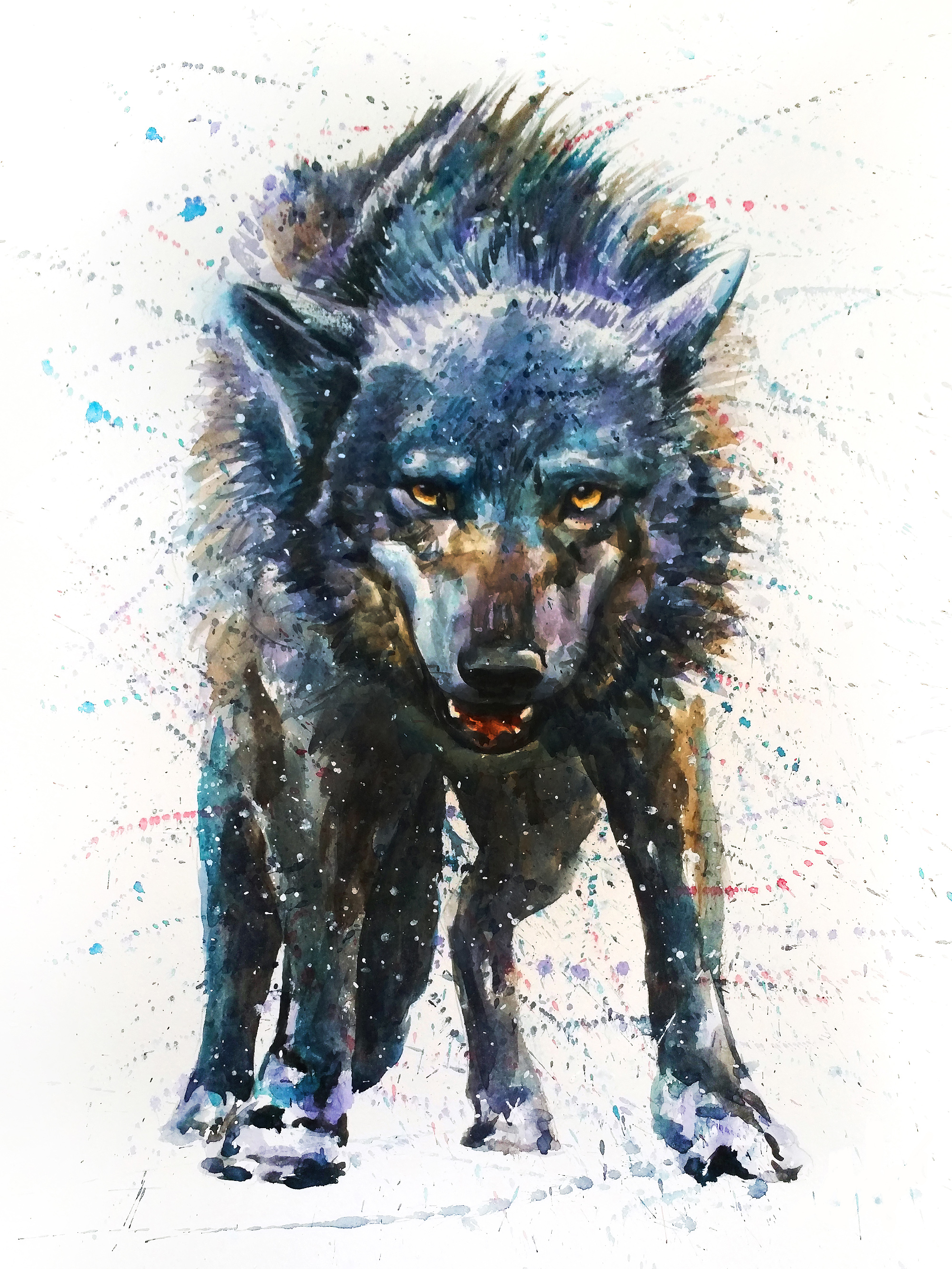 As a “divine figure”, they are looked up to by their smaller kin. Giant wolf packs include dozens of smaller wolves, dire wolves, and even the odd warg or winter wolf. Some werewolf clans even run with giant wolves.

Tribal humanoids also pay their respects to giant wolves through prayer and reverence. Lands guarded by a giant wolf are usually seen as “off-limits” by outsiders.

Keen Hearing and Smell. The wolf has advantage on Wisdom (Perception) checks that rely on hearing or smell.

Pack Tactics. The wolf has advantage on an attack roll against a creature if at least one of the wolf’s allies is within 5 feet of the creature and the ally isn’t incapacitated.