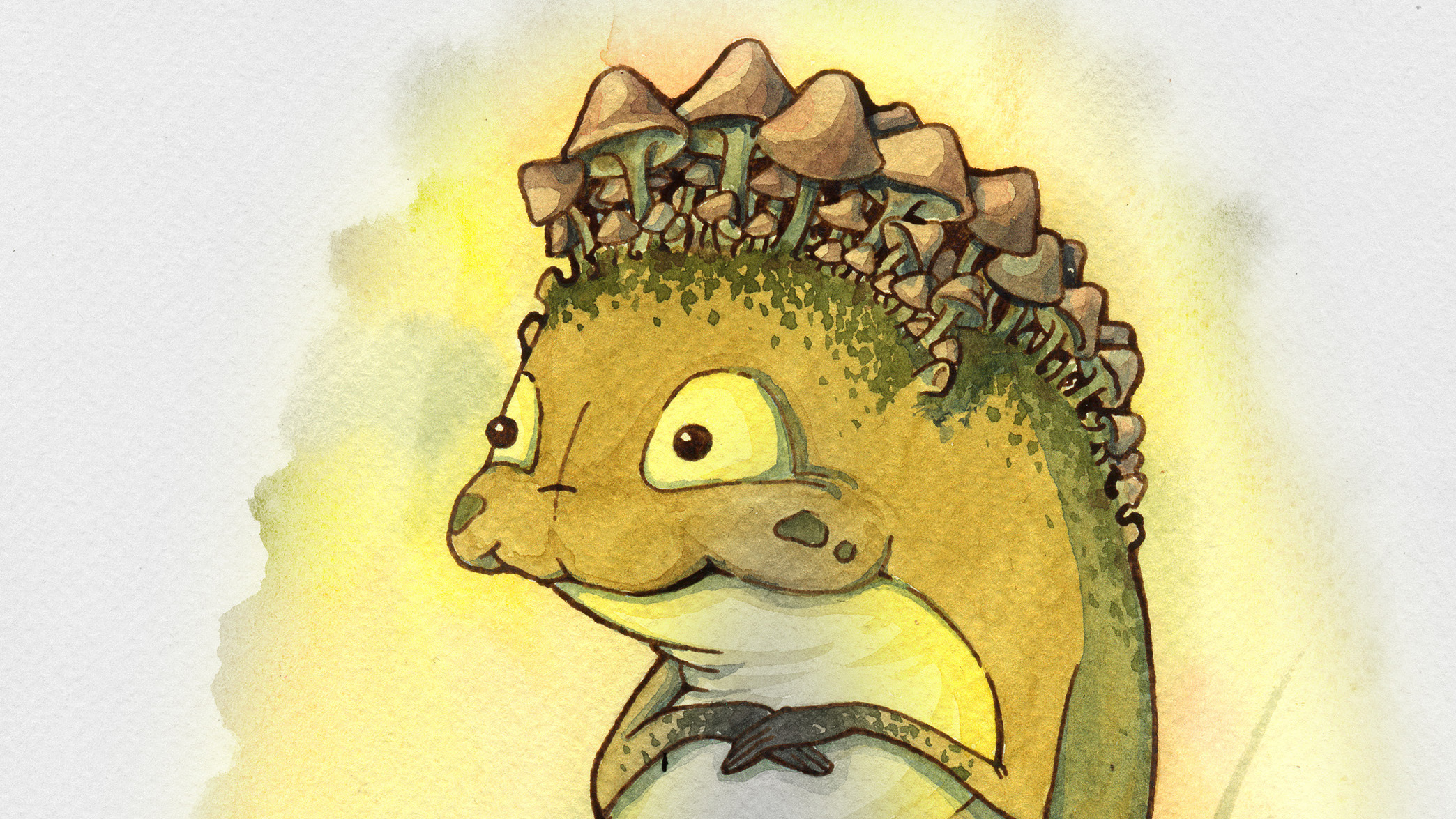 The untamed forests of Odonburg are home to many unusual and interesting creatures, many of which have never been discovered beyond Southern Omeria. Perhaps one of the oddest creatures found exclusively in Odonburg are the reclusive quogwats. Resembling a cross between a frog and a hedgehog, the quogwats are 5-inch-tall plant creatures who thrive in places with plenty of wet soil, garbage, and sometimes, dead things. What’s most unusual is that quogwats tend to favor dark and evil areas, such as hagwoods, cursed forests, and even desecrated, overgrown graveyards. However, quogwats are not inherently evil themselves. They do enjoy pulling pranks, however, especially on humanoids.

Nature’s Ward. Any creature who targets the Quogwat with an attack or a harmful spell must first make a DC 11 Wisdom saving throw. On a failed save, the creature must choose a new target or lose the attack or spell. The ward doesn’t protect the Quogwat from area effects, such as the explosion of a fireball.