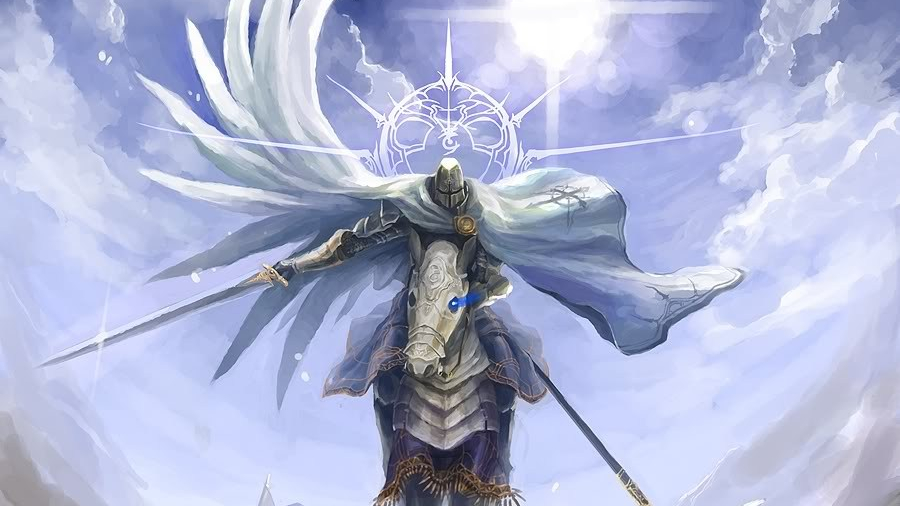 Here are the rough rules for the Powers system in the Gods of Wandrossa mini-game. I’ve adapted Chapter 10 of the PHB and cut out whatever was unnecessary.

Each power has a level from 1 to 9. A power’s level is a general indicator of how powerful it is. The higher a power’s level, the higher level a god must be to use that power.

Before a god can use a power, he or she must have the power firmly fixed in mind. The Powers Known column of the God table shows when you learn more divine powers of your choice of 1st level and higher. A power you choose must be of a level no higher than what’s shown in the table’s Slot Level column for your level. When you reach 6th rank, for example, you learn a new divine power, which can be 1st, 2nd, or 3rd level.

When a god uses a power, he or she expends a slot of that power’s level or higher, effectively “filling” a slot with the power. A god regains all slots at the start of a new cycle.

As a god gains ranks, the potency of their powers increases as detailed in the description of the powers.

When a god uses a power the following rules apply.

Most powers require a single action to use, but some require a bonus action, a reaction, or much more time to implement.

Some powers can be used as reactions. These powers take a fraction of the time that other powers do and are used in response of another god’s action.

A power’s duration is the length of time the power persists. A duration can be expressed in days, cycles, or even an era (one real year).

Many powers are instantaneous. The power harms, heals, creates, or alters Wandrossa in a way that can’t be dispelled.

Each power is part of a domain, an aspect of the greater multiverse. They have no rules of their own, although some rules and prerequisites refer to the domains.

In addition to level requirements, some powers have prerequisites that you must meet, typically related to the power’s domain. For example, the 3rd-level power firestorm requires you to know at least 2 other powers from the fire domain.

A typical power requires you to pick one or more targets to be affected by the divine power. A power’s description tells you whether the power targets a location (specific or broad), region, chosen one, or even another god.

Or a power targets a god of your choice, you can choose yourself.

Next: Powers Lists and Descriptions

Now that I’ve gotten the basics of power usage down, it’s just a matter of creating those powers. See you in the next installment.