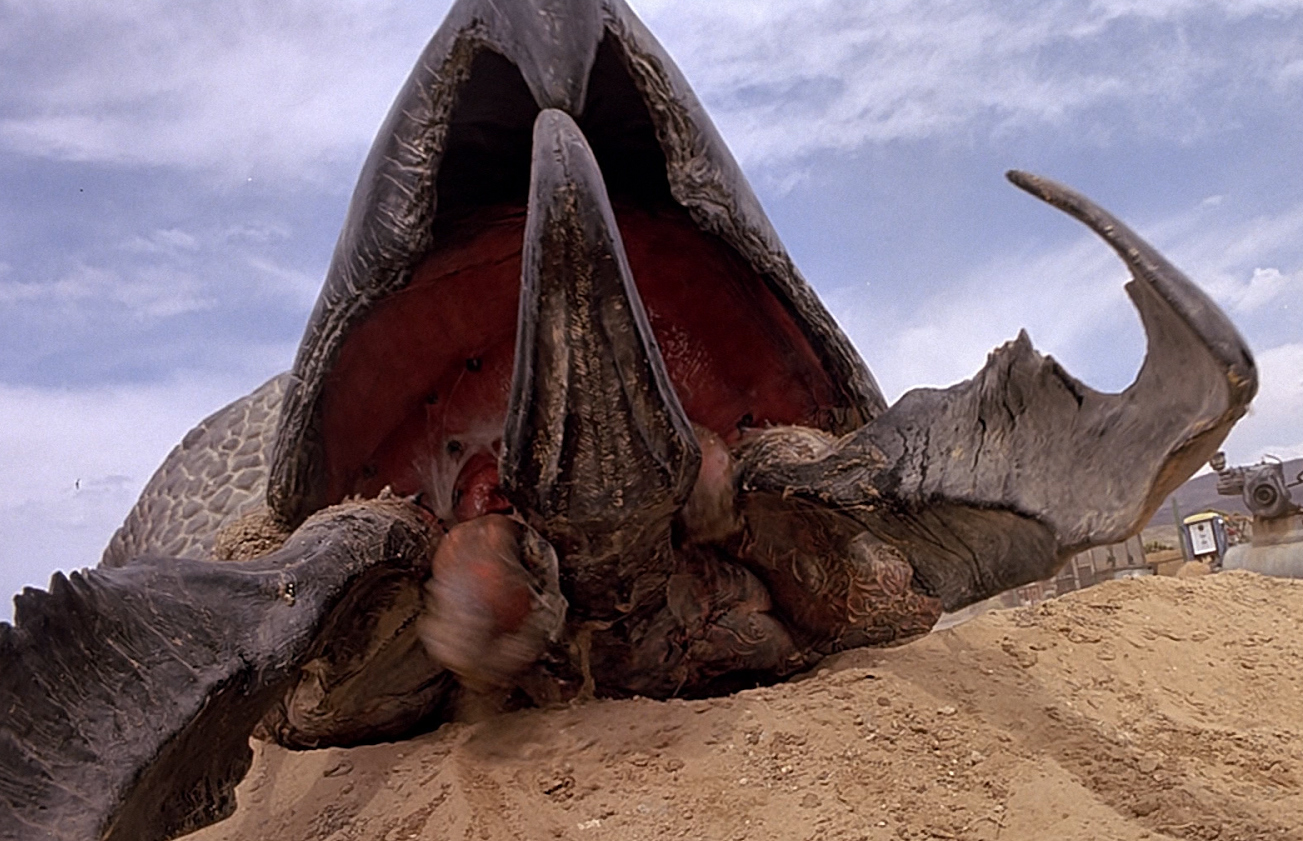 Continuing my series on Halloween monsters for Dungeons & Dragons Fifth Edition, it’s time that I update a classic: graboids! If you aren’t sure what a graboid is, they’re the subterranean worm things from the Tremors movie series. I remember watching the original Tremors back when I was kid in 1990. I thought it was pretty wild then, and really, it’s still held up well.

The Graboid, (also known as the Dirt Dragon or Tu Lung in the 19th century), is a fictional invertebrate species that is the primary antagonist of the Tremors franchise. The creature made its debut in the 1990 film Tremors, and reappeared in all its sequels Tremors 2: Aftershocks (1996), Tremors 3: Back to Perfection (2001), and prequel Tremors 4: The Legend Begins (2004). It was also featured regularly in the series’ spin-off Tremors: The Series (2003), with El Blanco being a recurring character. A variant was featured in the 2015 film Tremors 5: Bloodlines and Tremors: A Cold Day in Hell.

Tongues. The graboid has three prehensile tongues. Each tongue can be attacked (AC 15; 10 hit points; immunity to poison and psychic damage). Destroying a tongue does no damage to the graboid.

Tunneler. The graboid can burrow through solid rock at half its burrow speed and leaves a 5-foot-diameter tunnel in its wake.

Multiattack. The graboid makes three attacks with its tongues, uses Reel, and makes one attack with its bite.

Bite. Melee Weapon Attack: +8 to hit, reach 5 ft., one target. Hit: 17 (3d8 + 4) piercing damage. If the target is a Medium or smaller creature, it must succeed on a DC 17 Constitution saving throw or be swallowed by the graboid. A swallowed creature is blinded and restrained, it has total cover against attacks and other effects outside the graboid, and it takes 14 (4d6) acid damage at the start of each of the graboid’s turns.

Tongue. Melee Weapon Attack: +8 to hit, reach 15 ft., one target. Hit: The target is grappled (escape DC 15). Until the grapple ends, the target is restrained, and the graboid can’t use the same tongue on another target.

Reel. The graboid pulls each creature grappled by it up to 15 feet straight toward it.