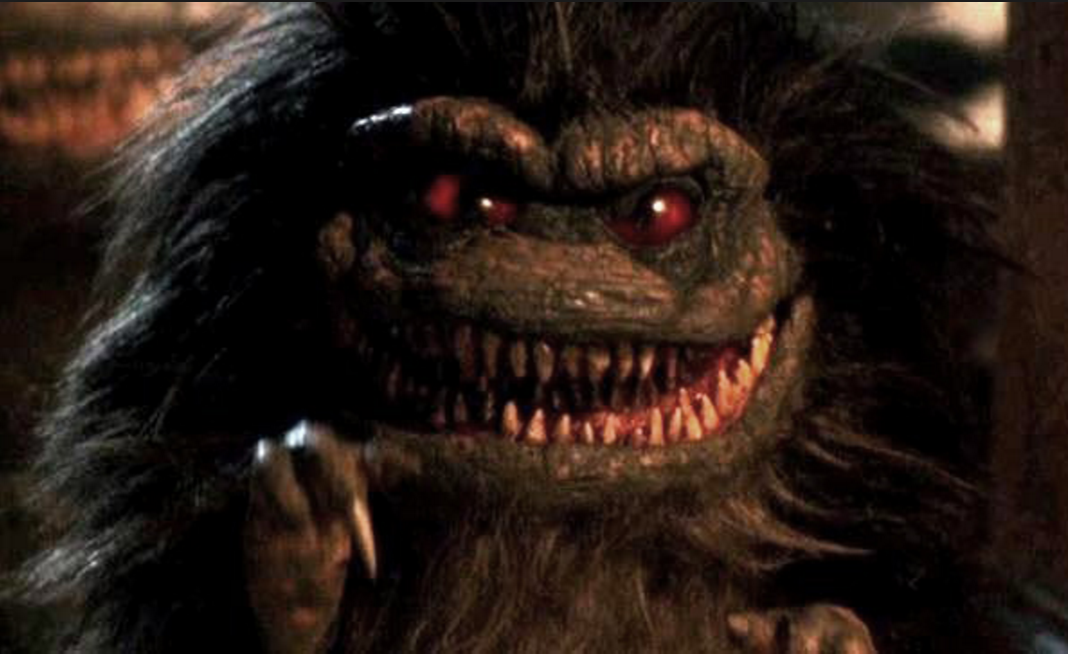 It’s time that I took another classic monster from the ’80s and gave it some D&D stats. This time, we’ve got Crites, the little buggers from the Critters franchise. Here are their statistics for Dungeons & Dragons Fifth Edition both in individual and swarm forms.

The crites are the main antagonists and monsters of the Critters film series. They are a group of malevolent carnivorous alien critters that have the ability to roll into balls, like hedgehogs. They can combine into a giant sphere that rolls across the landscape, eating everything in their path and causing destruction.

Multiattack. The swarm makes two bites attack. If the swarm starts its turn with half of its hit points or fewer remaining, it can’t use this action.

Overrun (Crite-Ball Form Only). The crite-ball moves up to its speed. While doing so, it can enter Medium or smaller creature’s spaces. Whenever the crite enters a creature’s space, the creature must make a DC 13 Strength or Dexterity saving throw (target’s choice).

On a successful Strength saving throw, the crite-ball’s movement is reduced to 0 until the end of its turn.

On a successful Dexterity saving throw, the creature can choose to be pushed 5 feet back or to the side of the crite-ball. A creature that chooses not to be pushed suffers the consequences of a failed saving throw.

On a failed Strength or Dexterity save, the creature falls prone, the crite-ball enters the creature’s space, and the creature takes 28 (10d4 + 3) piercing damage.

Form Crite-Ball (1/Day). The swarm forms into a Large ball of crites if it has more than half its hit points remaining. Its statistics remain the same in both forms. Any equipment the swarm is wearing or carrying is absorbed into the ball. While in the ball, the swarm loses its Swarm trait as the crite-ball takes up its entire space. The swarm remains in its crite-ball form until it uses its action to separate, it becomes incapacitated, or its hit points are reduced to half or fewer.