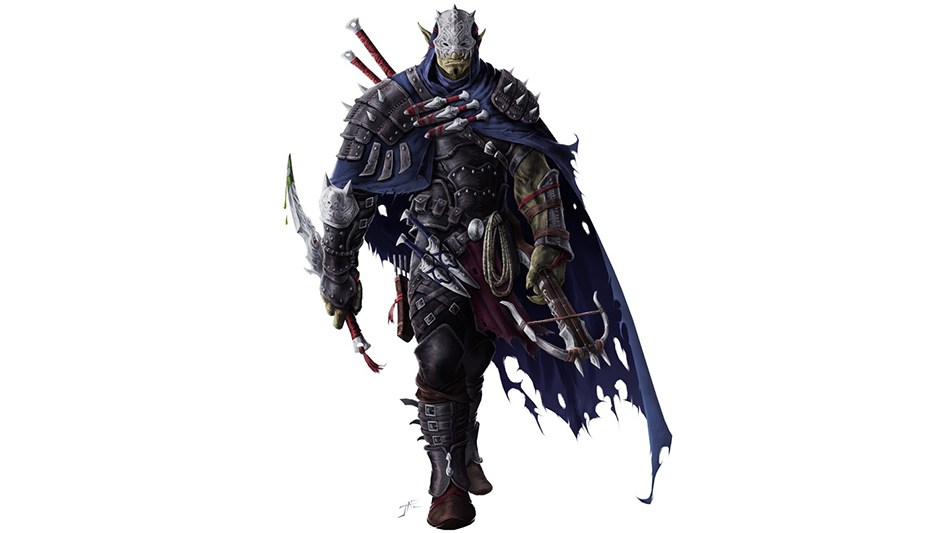 Turik, Poolish, Qar, and Vermikai form the Storm Hammers, a group of elite bugbear shock troopers employed by Xentarich. They are fiercely loyal to the wizard and fight to the death to defend him from harm. The characters might encounter the Storm Hammers on the ground. If they make it inside the Colossus without facing the bugbears, however, they might run into them when the creatures return to their chambers (area 12).

Given that the characters probably leave the Storm Hammers behind early, they make perfect reinforcements if an alarm is sounded, or they can make an easy encounter significantly more challenging if the PCs are having an easy time dealing with the other hazards in the Colossus. They might simply enter a room on the characters’ heels on the way to the barracks to rest, or the common room or kitchen to grab a snack.

Special Equipment. The Storm Hammer is wielding a +1 maul. It also carries two potions of healing and two vials of alchemist’s fire.

Berserker. As a bonus action, the Storm Hammer can enter a rage. While raging, the Storm Hammer has advantage on Strength checks and Strength saving throws and gains resistance to bludgeoning, piercing, and slashing damage. Additionally, the Storm Hammer gains a +3 bonus to its damage rolls (included in the attack). The rage lasts for 1 minute. The rage ends early if the Storm Hammer is knocked unconscious, or if it turn ends and it hasn’t attacked a hostile creature since its last turn or taken damage since then. It can also end its rage with its bonus action.

Brute. A melee weapon deals one extra die of its damage when the Storm Hammer hits with it (included in the attack).

Danger Sense. The Storm Hammer has advantage on Dexterity saving throws against effects that it can see, such as traps and spells. The Storm Hammer loses this benefit if it is blinded, deafened, or incapacitated.

Surprise Attack. If the Storm Hammer surprises a creature and hits it with an attack during the first round of combat, the target takes an extra 7 (2d6) damage from the attack.

Storm Hammer are a part of the adventure conversion ‘Heart of the Iron God’. More to come.