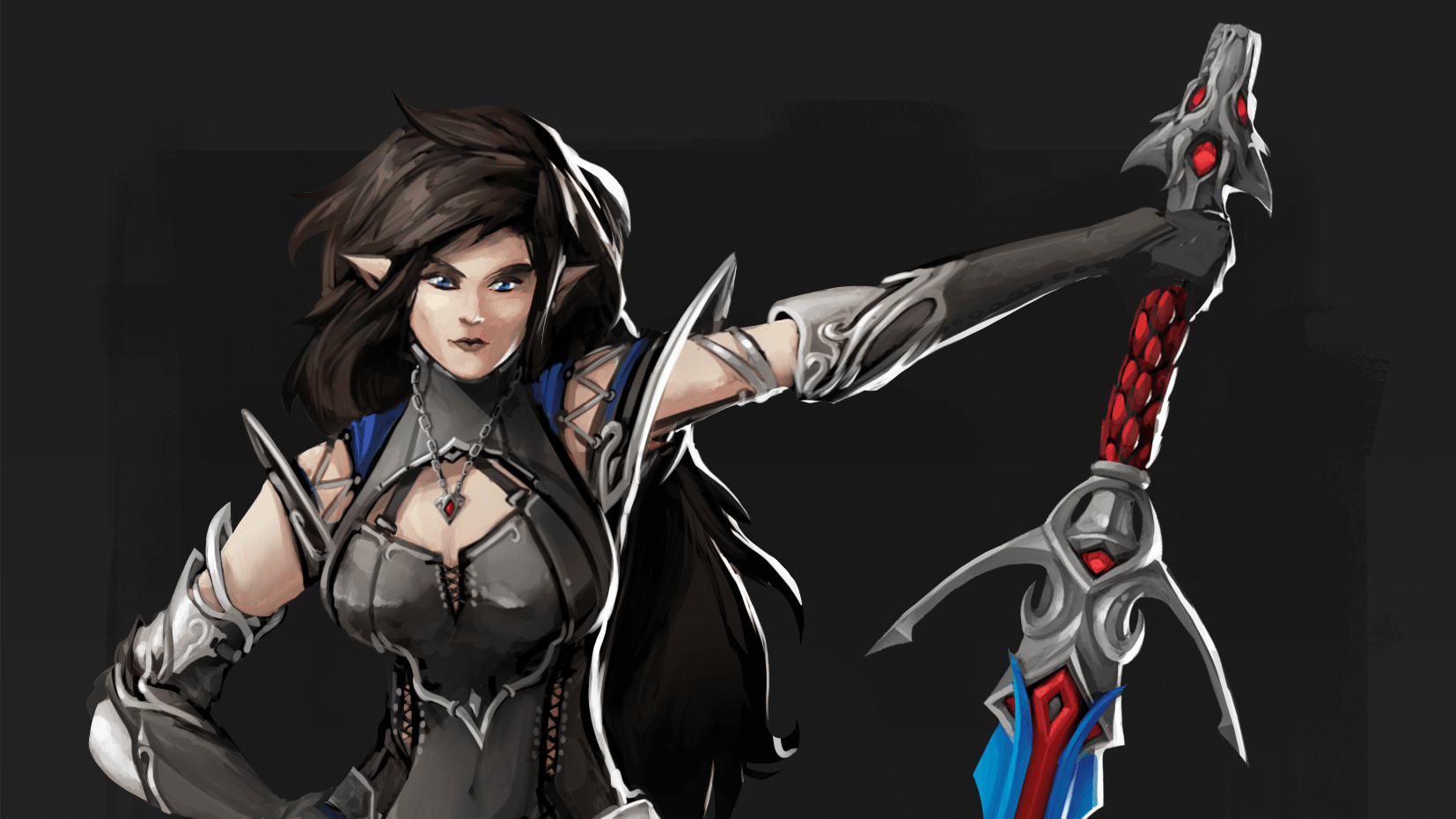 This one comes as a request from one of my Instagram followers. He was hoping for a variant on the Pact of the Hexblade, specifically the 6th level feature Accursed Specter.

Let’s take a moment to dig into the Hexblade Warlock and see what it’s all about. Then I’ll take the information therein and make adjustments.

What is a Hexblade Warlock?

Hexblades make pacts with mysterious entities from the Shadowfell which gives them cool weapons made of shadow. Here are what their powers look like:

What does all this mean?

Sort of in the same vein as the Bard College of Swords, War Domain Clerics, and War Mages, this is the “combat ready” warlock. Despite being a full caster, this guy or gal is fully capable of getting in the face of his/her enemies and locking them down. Toss in the specter, and in a lot of ways, it reminds me of a cleric that relies heavily on its spiritual weapon to give it back up.

What does the 6th level power really do?

First, let’s examine on what that 6th level power really does.

Okay, that is A LOT. By 6th level, you’re essentially looking at doubling your action economy each turn, a creature that’s very hard to hit backing you up (and doesn’t go away easily), and just about a permanent +5 to hit every round thanks to the advantage its flanking will give you.

The only trouble I see is that its effectiveness goes away after you start getting to higher levels because half your level in hit points isn’t so great, and once you get 8th level’s ASI, that’s the highest its Charisma attack bonus will probably ever go. At that point, you just have a little buddy that can help you flank until something big whacks it and makes it go bye-bye.

TL;DR: super OP for the second tier, but lame-o in third and fourth.

So how can we fix the 6th level power?

The real trick here is keeping it balanced with what is already there (otherwise, we might as well create a whole new class). Kind of a wild idea I had when looking over the class was instead of the soul manifesting itself in the form of a separate specter, just allowing it to beef up you and your weapon in ways that are already similar to what’s there and giving it a reasonable timeline for how long it lasts.

That would mean that once you killed a humanoid with your hexblade, you would effectively get two attacks per turn with advantage and you’d have a bonus to your hit points and armor class. Kinda like a variant haste spell.

At your DM’s discretion, you may replace the normal Hexblade features outlined in Xanathar’s Guide to Everything with those listed below. I’ve outlined in red (or simply crossed out) the changes I felt need to be made to keep it relatively balanced. Feel free to pick and choose what you will.

The Hexblade lets you choose from an expanded list of spells when you learn a warlock spell. The following spells are added to the warlock spell list for you.

Starting at 1st level, you gain the ability to place a baleful curse on someone. As a bonus action, choose on creature you can see within 30 feet of you. The target is cursed for 1 minute. The curse ends early if the target dies, you die, or you are incapacitated. Until the curse ends, you gain the following benefits.

At 1st level, you acquire the training necessary to effectively arm yourself for battle. You gain proficiency with medium armor, shields, and martial weapons.

Starting at 6th level, when you slay a humanoid, you can cause its spirit to temporarily invigorate you. While you are invigorated in this manner, you gain 11 + half your warlock level in temporary hit points. As long as you have these temporary hit points, you also gain the following benefits:

These effects remain until the end of your next long rest or until you lose your temporary hit points.

Once you use a soul to invigorate yourself, you can’t use the feature again until you finish a long rest.

At 10th level, your hex grows more powerful. If the target cursed by your Hexblade’s Curse hits you with an attack roll, you can use your reaction to roll a d6. On a 4 or higher, the attack instead misses you, regardless of its roll.

Starting at 14th level, you can spread your Hexblade’s Curse from a slain creature to another creature. When the creature cursed by your Hexblade’s Curse dies, you can apply the curse to a different creature you can see within 30 feet of you, provided you aren’t incapacitated. When you apply the curse in this way, you don’t regain hit points from the death of the previously cursed creature.

Now, I’m sure there’s some controversy here. However, my thought is that the new 6th level power at least focuses more on keeping the Hexblade a fighting force, versus getting a temporary companion.

The other changes (nerfing Hex Warrior, different expanded spell) are totally up to you to use.