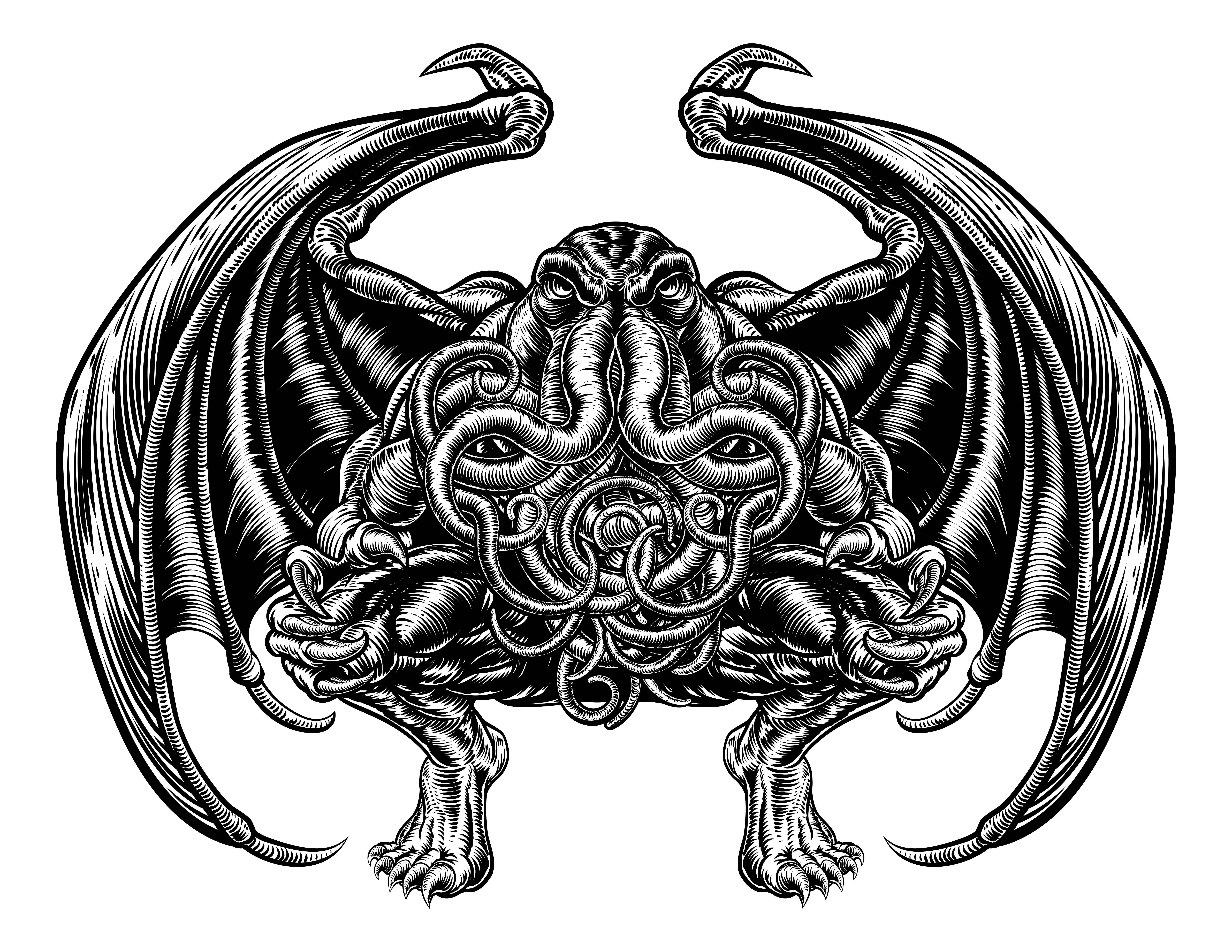 This is a preview for BroadSword Monthly #2.

Horror is one of the many types of settings available to gamemasters to run in Fifth Edition. But how can horror work in a world where epic heroes swing legendary magic swords,  dodge arrows, and walk off near-fatal wounds after a full night’s rest?

This article dives into ways to amplify the effects of horror in your game without altering the rules too drastically.

Focus on mood and atmosphere.

First, make sure you create the mood and atmosphere for the setting. In the game, you can do this by offering subtle descriptions that illustrate the dark, forbidding environment.

“Your boots vanish into the light mist that clings to the ground.”

“For a moment, the wind changes direction. In that instant, you’re treated to the smell of carrion and rot.”

Just be sure you don’t over-describe, which can get tiresome.

Outside of the game, you can employ dark music (or even sound effects). Dress the game room with candles and other props. Turn the lights down.

Keep the jokes to a minimum, if possible. Speak in a careful, selective tone. When things get hectic, increase your speaking pace. And use silence. Silence is incredibly powerful. Most people hate silence. Describe the scene then pause. Wait for the players to break the silence.

Build a sense of dread.

A body was discovered by the docks. You learn the victim had a boat, and now the boat is missing. A week later, you find the boat capsized on a beach thirty miles up the shoreline, with what-looks-like a large bite taken out of it. Webbed tracks lead from the boat into the jungle, eventually stopping at an old, vine-covered shack. As you stand on the porch of the shack, from within you hear a crunching sound, like a ravenous dog gnawing on a bone. Moving closer, SNAP–you accidentally stepped on a twig. The crunching inside the shack stops. All you hear now is your own pounding heart.

Consider your favorite horror stories. It’s rare that the characters are thrust into the events media res. Instead, it’s a slow build-up to even greater horror, with each scene providing additional clues until–SNAP! They’re at the center of it.

A knife isn’t sharp. Instead, you pick the knife up and test its edge–ow! Blood drips from your finger. The owlbear isn’t scary and large. Instead, the owlbear arches its back, casting a shadow over you and your friends. Its hot breath reeks of rotten flesh.

The human mind is exceptionally good at filling in details when none are present. And when it comes to horror, it does a better job than you–or any other storyteller–ever could in setting creating macabre visuals.

Better yet, tie in the characters’ reactions to the scene. Know their personalities, ideals, bonds, and flaws. Then use those against them.

“Geridian. You’re an ex-soldier. So you’ve seen plenty of horrors on the battlefield. But this? This is something much, much worse.”

“Joanne. Tears well up in your eyes. Without even thinking about it, your hand starts to fidget with the hilt of your dagger.”

“Adrienne. Immediately, you know what you’re dealing with here. You’ve read about these horrors in the arcane texts. But do you remember enough to make a difference?”

Finally, whether it’s classic vampires and werewolves, cosmic horror like HP Lovecraft,  or even ’80s slasher films, all horror is rooted in the psychology of powerlessness. No one likes to lose control. And that’s what horror does–it takes control. Not just of the characters on the screen or on the page, but of you, the viewer, too. You are limited by the camera or author with what you can see, with only character reactions and clues to go by. Not until the very end do you start to feel in control; at that point, the monster is revealed and the characters have a chance to triumph.

However, it’s a balancing act. Player advocacy is important to a lot of players and RPGs are often used as an escape. Take away too much, and you may lose the player. Set boundaries early on and exercise caution.