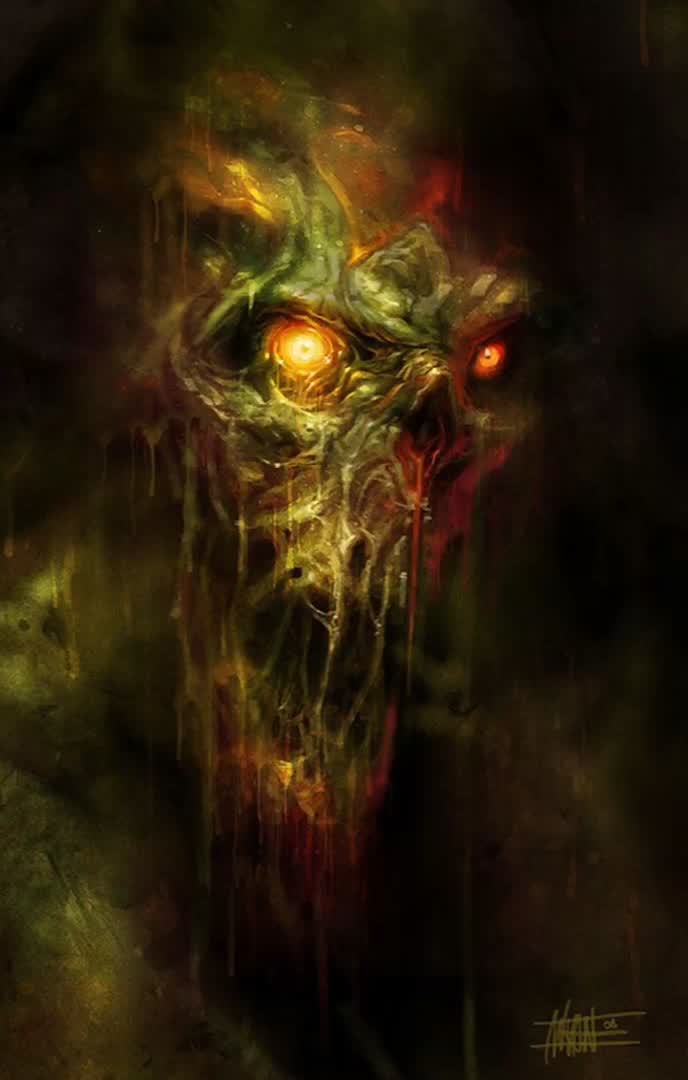 A horror soul is a ghoul that has imbued itself with dark, necromantic energy. The ritual that creates the Horror Soul, known as the Cycle of Torment, allows them to absorb severed limbs, bones, and other parts into their whole. Eventually, their bodies consist of dozens of legs, arms, teeth, and sometimes even eyes, all working in unison.

The ghoul, Xenia in the adventure *Glaive of the Revenant King* is one such ghoul. Originally a servant working in a manor house north of the town Camor under the alias Nurse Joy, Xenia was involuntarily turned into a ghoul.

Undead Nature. The horror soul does not require air, food, water, or sleep.

Turning Resistance. The horror soul has advantage on saving throws against being turned.

Claws. Melee Weapon Attack: +8 to hit, reach 10 ft., one target. Hit: 14 (2d8 + 5) slashing damage. If the target is a creature other than an undead, it must succeed on a DC 14 Constitution saving throw or be paralyzed for 1 minute. The target can repeat the saving throw at the end of each of its turns, ending the effect on itself on a success. Instead of dealing damage, the horror soul can grapple the target (escape DC 15).