How Much Do Adventurers Earn Per Hour? | New Article for Fifth Edition 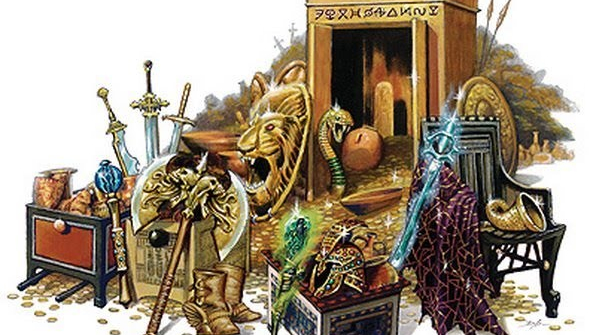 DM Dave1 Comment on How Much Do Adventurers Earn Per Hour? | New Article for Fifth EditionPosted in Articles

Recently, I was putting together an article around creating golems using the manual of golems from the DMG. But as I was trying to reverse engineer the entire process (and I still hope to release the info I came up with) it occurred to me that it just simply isn’t worth it due to opportunity costs.

What are opportunity costs?

Basically, an opportunity cost is the loss of potential gain from other alternatives when one alternative is chosen. Simply put, if you’re spending 120 days building an iron golem, you’re going to miss out on some mad loot.

But just how much mad loot will you miss out on?

Breaking it down: how much does an adventurer earn per hour?

Calculating the income for adventurers wasn’t too difficult. The only tricky part was figuring out how quickly (or slowly) adventurers were supposed to earn said loot.

Before I start this process, there are a few rules-bits that we’re going to need to know.

Now that we’ve got the rules out the way, we need to understand a few controls, too.

If you didn’t know already, Dungeons & Dragons Fifth Edition divides the character levels into four distinct tiers. Here are how the levels work out with each tier:

This is important because as a character enters a new tier, the level of treasure that they earn increases significantly.

It’s also important to understand just how much experience a character needs to get from one tier to the other. This will help us plot a timeline for character growth and estimate the hours spent working while within that tier.

Conveniently, the Character Advancement chart on page 15 of the Player’s Handbook divides each of the tiers with green bands.

Going on the assumptions of this experiment, we need to divide the adventuring day XP by 2 since we’re assuming that, on average, the characters fight 3 – 6 monsters.

Using this math, we now know how many adventuring days it takes a character to gain a level.

What’s interesting to note is that, if a character non-stops adventures, they’ll go from level 1 to 20 in about 66.775 days, or about 93 days if they take off weekends.

Now that we have a better idea of how the tiers are laid out and how long it takes to gain levels in Fifth Edition, let’s take a look at the amount of treasure a character gains per tier.

The Magic Item Distribution table (Xanthar’s Guide to Everything) tells us that over twenty levels of typical play, the game expect forty-five rolls on the treasure Hoard tables, distributed as follows:

Knowing this, we can then start estimating the amount of actual income earned.

The characters earn coins from the hoard tables as follows.

Characters don’t just earn gold from the Challenge Tables, but also sellable gems and art objects. Assuming that the characters can sell each of those sellable goods 1:1, here is what they should earn with those:

Finally, there are the magic items that characters earn. Xanathar’s Guide to Everything breaks down the types of magic items awarded by rarity. Using the sales Magic Item Base Prices table on page 133 (and assuming average rolls for selling them), here is what an party of adventurers could expect to earn in the way of magic items:

Now that we’ve broken down the possible earnings for a party of characters, it’s time to add it all up.

Breaking it down even further, this is a character’s earnings per tier.

Bottom Line: How Much Does an Adventurer Earn Per Hour?

Okay, that was a lot of math! Time to put it all together and figure out just how much a character earns per hour. Let’s review what we know:

From there, all we have to do is break it down by hours by multiplying the days by eight, then dividing that number into the earnings per tier.

So next time your 17th-level character thinks about spending time doing something like building a golem or anything else that’s particularly time-consuming, remember what he or she is missing out on by not going out and stabbing monsters ’til they’re dead.

I put out PDFs, take requests, and even have a physical magazine that’s coming. Tiers start as low as $3 and come with a 56-page book on sign-up plus over 25 PDFs.

1 thought on “How Much Do Adventurers Earn Per Hour? | New Article for Fifth Edition”