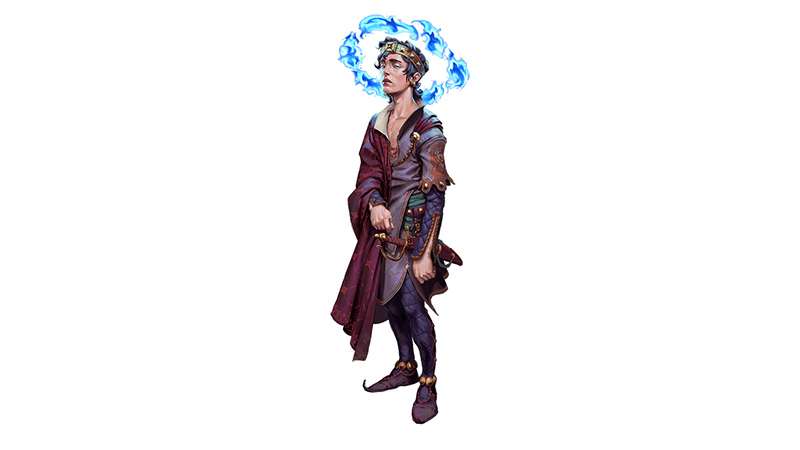 Magic items are a fun part of D&D. And while the Fifth Edition Dungeon Master’s Guide offers up plenty of cool magic items, sometimes there’s a concept that you have that could fit better into your campaign world.

But how do you create a magic item? There are rules, sure, but they can seem sort of intimidating, especially if you’re new to being a Dungeon Master. In this guide, I’ll show you how I come up with new magic items for Dungeons & Dragons Fifth Edition in 15 minutes or less.

How to Create a Magic Item for Dungeons & Dragons Fifth Edition

The first thing you have to ask yourself is what does this magic item do? And how will it help whoever owns it? Is it a weapon, a ring, a piece of clothing, or what? And how often should the possessor be able to operate it? Once per day? A set number of times limited by charges?

In this example, I’m going to take one of the ideas I received from my living list of magic items ideas.

A ring of mind control. You can control up to three monsters in your line of sight once a day.

This sounds like something that can affect three monsters with dominate person (5th level) or mass suggestion (6th level).

Next, I look to the actual Dungeon Master’s Guide magic items list to find an item that comes close to duplicating a similar effect. This “base magic item” will help me see how the folks over at Wizards of the Coast balance the item as well as see how they word it for the rules as written (RAW).

For our ring of mind control, I might actually look at items other than rings. The eyes of charming (DMG, p168) sound like they have similar enchantment magic. The Anstruth harp (DMG, p176) can cast cure wounds as a 5th level spell, and dominate person, the effect that our ring will probably duplicate, is also a 5th level spell. Also, the Ollamh harp can cast confusion, another creature-agency affecting spell (albeit one level lower).

I’m going to go with the Ollamh harp for a number of reasons. First, dominate person and mass suggestion are both powerful spells. Ollamh is the only one of the bunch that is legendary and has similar spell abilities (it can cast fire storm which is a 7th level spell).

Also, its wording seems to have the effects I’m looking for. Plus, it has a cool drawback, too, which I think helps limit its abilities.

Now, all we have to do is take that item, work in the spells, and make it more of a ring than an Instrument of the Bard.

As I noted before, we’ve got the “base magic item” picked out, the Ollamh harp, for our ring of mind control. Now we need to determine the secondary effects, namely a ring’s RAW content as well as the spell content for dominate person or mass suggestion (if we decide to alter its basic function that is).

I’m going to go with the ring of evasion as the supplier of secondary characteristics for our ring of mind control. It requires attunement and has 3 charges, similar to the ring that @bupz4 described. I don’t need all the content there, just the general gist of what makes a ring different than something like a wondrous item.

Also, I want to make sure I review the spell content itself that I’m considering putting into our ring of mind control. I like dominate person because it’s only a 5th level spell, which means it’ll save us some “cred” when we go to give it a rarity stat. But mass suggestion can affect more than one person, although it’s much more limited in its function. So do we nerf mass suggestion a little to fit with the concept, or do we buff up dominate person?

My thought is that I want to make sure this item fits the description given to the best of its ability. Therefore, if I’m going to create a “ring of mind control”, then I need to make it control minds. My choice is dominate person.

Step #4 – Putting it all together.

We’ve got our base magic item, the secondary characteristics, and a spell to put into the ring. Now it’s time to write most of it out.

This ring has 3 charges, and it regains 1d3 expended charges daily at dawn. You can expend 1 of the ring’s charges to cast dominate person. If a target succeeds on its saving throw to avoid the spell’s effect, you must make a DC 15 Wisdom saving throw or take 2d4 psychic damage.

Here are some notes:

Step #5 – Give the item a rarity rating.

Okay, now we have the rules down for how the ring of mind control will work. But how rare is it?

If we compare it to similar items such as the ring of elemental command or Ollamh harp, then it’s probably a legendary item.

Or, to get the actual rules for magic item creation, we can turn to page 285 of the Dungeon Master’s Guide under the Power Level heading. The Magic Item Power by Rarity chart tells us that a rare item should be able to cast a 6th level spell once per day. But we can cast ours three times. Unfortunately, the At Higher Levels text for dominate person doesn’t increase the number of creatures affected. Instead, it extends the duration, which isn’t the effect we want. Regardless, I’ll assume that for each extra use of the item per day, that’s one additional level. Therefore, I’ll consider it a “7th level spell.” That puts our ring in the “very rare” range.

Also, I made it so it requires attunement. The reason for this is simple: I don’t want the PCs trading it amongst each other. That will get old fast. With attunement, a PC must take a short rest in order to attune the item to his or herself.

With its drawback and limited uses, I think very rare with attunement is a fair rarity. Or is it?

One last way to doublecheck our work is to compare it to a caster that has access to the same spell. In order for a spellcaster to cast a 5th-level spell 3 times in one day, they must be level 18 normally.

Next, I want to cross reference that with Xanathar’s Guide to Everything page 135 and our Magic Items Awarded by Rarity chart. According to it, two very rare major item can be discovered at level 11-16. However, very rare major items aren’t available to characters below that level.

I think giving it the “very rare” badge is fair. After all, an 11th level full caster can cast dominate person (albeit once per day). Therefore, it doesn’t throw things too far out of whack. Of course, my mind may change after playtesting.

This ring has 3 charges, and it regains 1d3 expended charges daily at dawn. You can expend 1 of the ring’s charges to cast dominate person.. If a target succeeds on its saving throw to avoid the spell’s effect, you must make a DC 15 Wisdom saving throw or take 2d4 psychic damage.

Hope this is helpful!

Once you learn a few tricks, creating magic items in Dungeons & Dragons Fifth Edition is super easy. And hopefully, this quick lesson on how to create a magic item for Fifth Edition in 15 minutes or less can help you whip up some quick prizes for your PCs.

Thanks for reading! Please help the blog find more users by clicking one of the share buttons below.