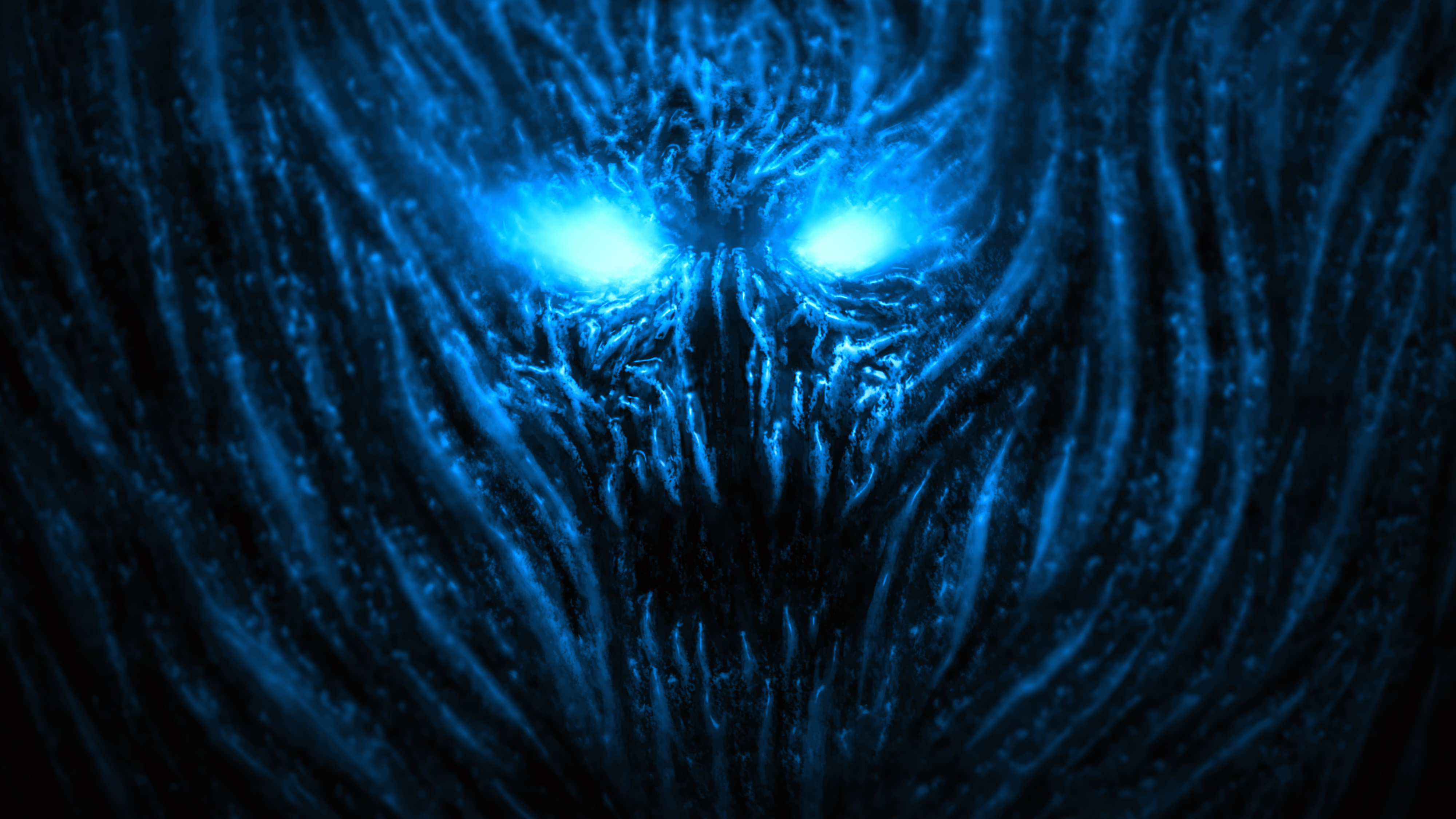 When a group of travelers becomes stranded on a dangerous, snowy pass with no way to escape, sometimes they turn to murder then cannibalism. These evil deeds taint the terrain around it and the souls of the unfortunate become a single powerful, undead entity: an ice geist.

An ice geist appears as a huge, black cloud with screaming humanoid faces boiling to its surface. Supernatural blue light flashes through it like lightning. As in its last moments, the geist still hungers for bloodshed and the flesh of living things. It seeks other creatures who share in the same misfortune as it did. Living creatures killed by an ice geist join its cloud, adding to the fiendish cloud’s strength.

Undead Nature. The ice geist does not require air, food, water, or sleep.

Air Form. The geist can move through a space as narrow as 1 inch wide without squeezing. In addition, the geist can enter a hostile creature’s space and stop there. Each time a creature starts its turn in the same space as the geist, that creature takes 5 (1d10) necrotic damage plus 5 (1d10) cold damage and must make a DC 11 Wisdom saving throw.  Creatures immune to being frightened automatically pass their saving throw. A creature that fails its saving throw, is paralyzed until the start of its next turn. A creature that succeeds on a saving throw against this trait is immune to this effect for 24 hours.

Aversion of Fire. If the geist takes fire damage, it has disadvantage on attack rolls and ability checks until the end of its next turn.

Multiattack. The ice geist makes up to three Life Drain attacks against creatures sharing the same space as it.

Life Drain. Melee Weapon Attack: +7 to hit, reach 5 ft., one target in the same space as the ice geist. Hit: 21 (4d8 + 3) necrotic damage plus 9 (2d8) cold damage. The target must succeed on a DC 15 Constitution saving throw or its hit points maximum is reduced by an amount equal to the damage taken. This reduction lasts until the target finishes a long rest. The target dies if this effect reduces its hit point maximum to 0.