Introducing Wandrossa: a NEW Campaign World Created by YOU! 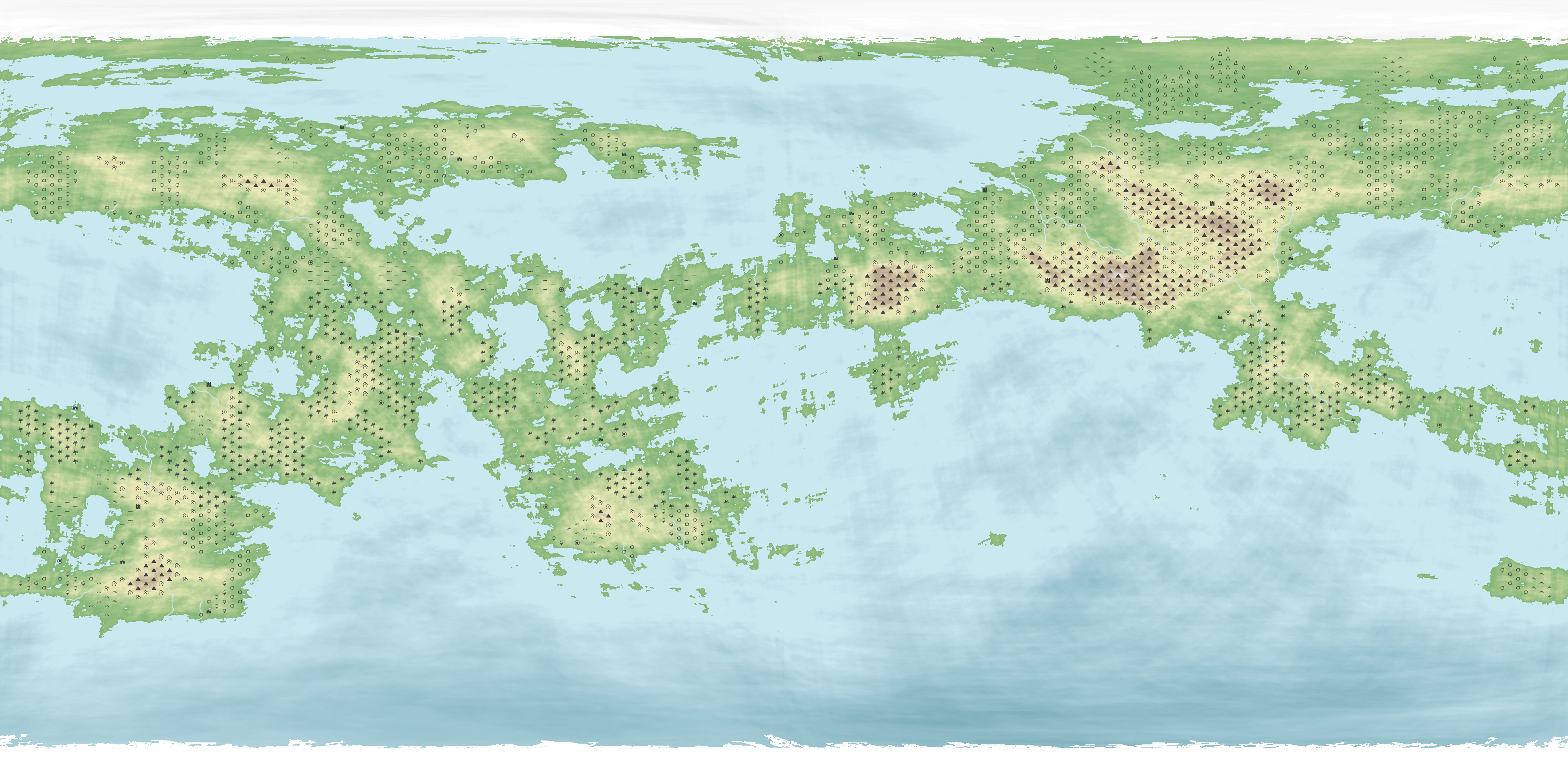 A couple of days ago, I introduced a blank map on Patreon that I created using donjon’s map generator. It has a few names on it, some geography, but that’s it.

I don’t know anything about this world. Which is kind of overwhelming and thrilling all at the same time.

Yesterday I got this crazy idea: what if my patrons helped me build this world? The more I started thinking about it, the more excited I got.

“This could be the first campaign world totally built by Patrons!”

Here’s how it works!

Here are the ways that you will all help me build this new world.

First, you’ll give me the normal requests through your tiers. Each request that I get will be tied into a new part of the world. Say, for example, someone requests a gunslinger class. Well, that means that I need to put the gunslinger somewhere in the world. If you create a monster, that monster exists somewhere in Wandrossa. Ditto magic items, etc. You’re creating the lore! I’m just “DMing” it, giving it flavor, and making the world come to life.

Second, I’ll host polls every day that will build upon the world. So far the polls have been a big hit. About 50% of the people here are pretty involved with it. But now the polls can be about things such as “how many Gods are there in Wandrossa?” and “what should the adventures be about?”

Things like this will help create our world together.

It all ties together with the book releases.

People who subscribe to Patreon get a number of book releases. Here is what a patron can expect so far:

Then, when the books come out, every patron will get their name thrown in as co-contributors.

One bad news item, though…

Unfortunately, I’m going to have to cancel Omerian Echo. As excited as I was to get it going, I’m just not sure that it’ll fit into my schedule. As it stands, I kept looking at the content requirements for it and how it just didn’t jam with everything else going on. That doesn’t mean Omerian Echo can’t ever come back around, but for now, it’s best that it’s shelved. I’d rather shelf it and love it, than pick at it and hate it.

However, without having Omerian Echo on my plate, it gives me a lot more time to focus on requests, exclusive content for Patreon, and everything that’s going on with Wandrossa!

I’m pretty excited about this!

Already, we’re building the first adventure together (which looks like it’s going to be Fey versus Aberrations in some sort of mystery). Soon, the requests will start coming in, too. And with those, we’ll have some lore to build upon.

Some things to consider…

Are there any rules? Not really!

There are no limitations. Wandrossa doesn’t have any hard limits to what’s possible. So long as an idea or request doesn’t undo the very fabric of the world, everything’s up for grabs. Gunslingers, werewolf playable races, airships (or rocket ships!) whatever you want. You dream it, we’ll make it fit.

All canon Fifth Edition material is accepted. Everything that’s already out there available from “those dang wizards” will be playable in Wandrossa. Elves, dwarves, half-orcs, tieflings, fighters, wizards, etc. I might do polls to see how they fit into the world–for example, are elves bad guys in this world? Are dwarves flying around in airships? Etc–and other things to build the lore with all of you.

I don’t care how weird this shit gets. IT’S YOUR WORLD.

My goal for this year is to get DMDave up to 1.5 million viewers and get this patron up up up. If that happens, then there could be huge Wandrossa events at conventions, too! Plus, swag is probably right around the corner for patrons of Electrum+.

TL;DR – let’s build a world together!

Sad to lose Omerian Echo, but excited at the prospects of this world, Wandrossa. The first major poll started today with medusas. Right now patrons are deciding where they fit in with the rest of this campaign world. Are they villains? Or are they heroes? YOU decide!