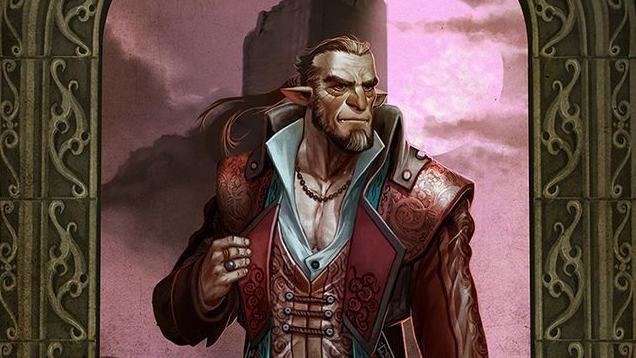 The planes offer incredible opportunities for travel and excitement, but few have the skill and expertise to take advantage of them. The jaunter, however, is a consummate
expert on travel who specializes in getting exactly where he or she wants to go—whether it’s across the multiverse or just across the battlefield.

Jaunter is a prestige class, meaning that characters must meet certain requirements before they can take a level in the class.

You gain a suite of abilities designed to facilitate travel both on and off the battlefield. All the following are class features of the jaunter prestige class.

When you choose this prestige class, you develop an innate ability to relocate creatures–yourself, your allies, and eventually even your enemies with special abilities and spells known as Travel Powers.

At 1st level, you know two Travel Power spells: blink and misty step. As you gain levels in this class, you learn more Travel Power spells as shown in the Travel Power Spells Known column on the Jaunter class table. All of your Travel Powers are cast at the lowest spell level. For example, you always cast banishment as a 4th-level spell and can’t cast it as a 5th-level spell or higher using this feature.  To cast one of these spells, you use its casting time and other rules, but you don’t need to provide material components for it.

Travel Power save DC = 8 + your proficiency bonus + your Intelligence modifier

At 1st level, if you have at least one usage of your Travel Powers remaining, you gain a +1 bonus to your AC.

Beginning at 2nd level, you can expend one use of your Travel Powers to magically cause two unwilling Large or smaller creatures to swap positions instantly. Both targets must be within 100 feet of your position and a solid object (such as the ground, a bridge, or a rope) must connect the targets. Objects carried by the target creatures travel with them, but other creatures do not, even if they are being carried by the target. An unwilling target is entitled to a Wisdom saving throw against your Travel Powers DC.

At 2nd level, your speed increases by 10 feet. You lose the benefits of this feature if you are wearing heavy armor.

Starting at 3rd level, you can spend three uses of your Travel Powers to cast teleport.

At 5th level, you can spend five uses of your Travel Powers to cast plane shift.