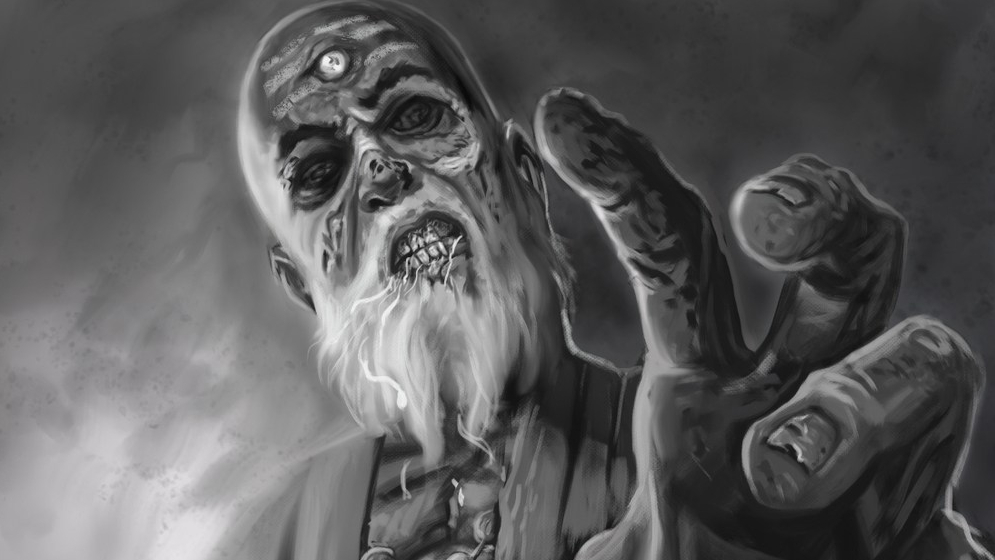 A juju zombie appears to be an ordinary zombie, although its flesh is less rotted and has a gray color and is leathery and hard. A hateful light burns in the monster’s eves, as it realizes its condition and wishes to destroy living things.

Juju zombies are created by magic-users who drain all life levels from humans or man-sized humanoids by means of a necromantic spell. Although they are “programmed” as are regular zombies, they are superior in every way. They are tougher, move quickly
(even underwater, for they do not breathe), can climb, and attack with great force.

A juju zombie can hurl weapons or discharge a bow or crossbow. Because they exist in part on the Negative Material Plane, juju zombies can be hit only with magic weapons.

Brute. Melee weapon deals one extra die of its damage when the juju zombie hits with it (included in the attack).

Undead Fortitude. If damage reduces the zombie to 0 hit points, it must make a Constitution saving throw with a DC of 5 + the damage taken, unless the damage is radiant or from a critical hit. On a success, the zombie drops to 1 hit point instead.