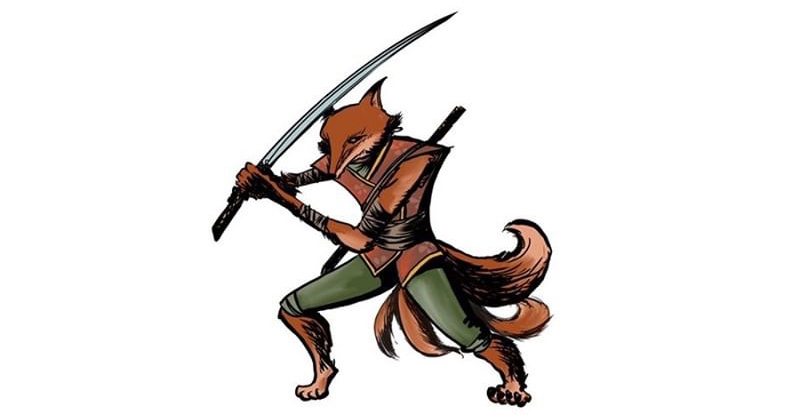 Stories depict Kitsune as intelligent beings and as possessing paranormal abilities that increase with their age and wisdom. According to Yōkai folklore, all foxes have the ability to shapeshift into human form. While some folktales speak of kitsune employing this ability to trick others—as foxes in folklore often do—other stories portray them as faithful guardians, friends, lovers, and wives.

Kitsune are believed to possess superior intelligence, long life, and magical powers. They are a type of yōkai; the word kitsune is often translated as fox spirit. However, this does not mean that kitsune are ghosts, nor that they are fundamentally different from regular foxes. Because the word spirit is used to reflect a state of knowledge or enlightenment, all long-lived foxes gain supernatural abilities.

There are two common classifications of kitsune:

Local traditions add further types. For example, a ninko is an invisible fox spirit that human beings can only perceive when it possesses them.

Physically, kitsune are noted for having as many as nine tails. Generally, a greater number of tails indicates an older and more powerful fox; in fact, some folktales say that a fox will only grow additional tails after it has lived 100 years. One, five, seven, and nine tails are the most common numbers in folk stories. When a kitsune gains its ninth tail, its fur becomes white or gold. These kyūbi no kitsune (九尾の狐, nine-tailed foxes) gain the abilities to see and hear anything happening anywhere in the world. Other tales credit them with infinite wisdom (omniscience). After reaching 1,000 years of age and gaining its ninth tail, a kitsune turns a golden color, becoming a ‘Tenko’ (天狐 “heavenly fox”/”celestial fox”), the most powerful form of the kitsune, and then ascends to the heavens.

Your kitsune character has certain characteristics in common with all other kitsune.

Age. Kitsune are very long-lived. A Kitsune does not mature until it reaches 100 years of age at which point it gains its first tail. It can then live to 1,000 years, when it receives its ninth tail and changes a golden color, ascending to celestial status.

Alignment. Kitsunes are often good. However, zenko kitsune tend towards neutral good, whereas yako kitsune are usually chaotic and may even be of neutral or evil moral alignment.

Size. Kitsune are usually shorter than most humanoids, standing between 4 and 5 feet tall. They average around 60 to 90 pounds. Your size is Medium.

While you are transformed into your fox form, the following rules apply:

Once you’ve changed into a fox and changed back, you can’t use this feature again until you finish a long rest.

Languages. You can speak, read, and write Common and Sylvan, the language of the fey. The language uses the Espruar alphabet and has a melodic, chiming sound to it, akin to choir singing.

Subrace. There are various types of kitsune in the world. The two most common are zenko, the benevolent descendants of Inari celestials, and yako, the clever and cunning field foxes. Choose one of the subraces.

As a zenko kitsune, are you are good-natured and intelligent.

Lie Detection. You have advantage on Wisdom (Insight) checks to detect lies.

Spirit Guide. You know the guidance cantrip. Wisdom is your spellcasting ability for it.

Fast Talker. You are proficient in the Deception and Persuasion skills.

Agile. You can take the Disengage action as a bonus action on each of your turns. You can use this feature while in fox form.

Keen Hearing and Smell. The fox has advantage on Wisdom (Perception) checks that rely on hearing or smell.

Follow along with the blog to get more updates!

I’ll be creating these new player races all day, so if you want updates when each one is made (and the PDF is ready to download) just follow along with the blog by either signing up with the optin on the right sidebar or down in the footer.

Again, a huge shout out to artist Felipe 5 Horas for chipping in with the artwork for this new playable race.