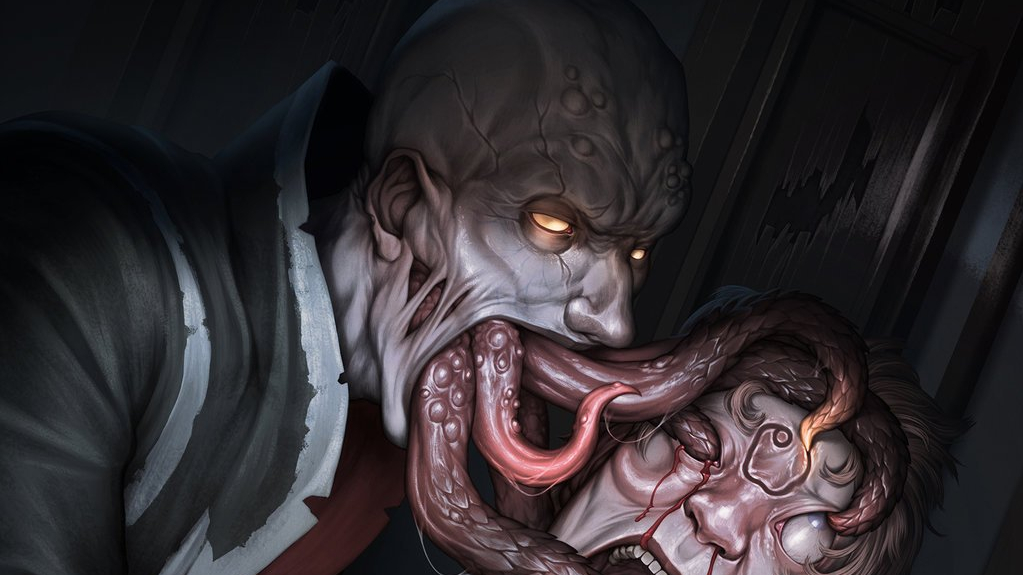 Today being Christmas, I decided to give the gift of marketing. Haha! Let me explain.

Not too long ago I stumbled across the account of a hard-working artisan living in England with the Instagram handle @trayedandtested. She creates custom dice trays and dice bags. Really awesome stuff!

Anyways, I notice she didn’t have that huge of a following, which felt like a crime. I offered to do a post about her and she thought it was cool, but I never followed through. Damn my ADHD. Sorry, Aby!

Today, I checked back in to see that the needle hadn’t moved too much since we last spoke. WTF?

Look, her art is dope as hell. And her work ethic is incredible. To me, that’s all that mattered. So I decided to take to Instagram and promote the hell out of her.

Now, I imagine some folks got annoyed by the landslide of posts I created regarding her stuff. But you know what? Fuck it! Good artists should be seen.

As part of my promotion, I offered to give away free playable races starting with half-mindflayers. As the day went on, more and more followers came in and with every 200 followers she got, I promised another new playable race.

Anyways, here are the initial design notes and rough draft for the half-mindflayer race. The full race and PDF will be out sometime tomorrow.

Ceremorphosis was a bodily change that occurred when an illithid tadpole reached maturity and was inserted into the brain of another humanoid being, usually a human. The tadpole ate away the victim’s brain matter and essentially replaced the brain, erasing all of the subject’s personality and memory, but leaving the physical body alive and under the tadpole’s control. After this, “morphological transformations” occurred and after a week a new illithid was created.

It was common for the newly formed illithid to retain a few memories of its former host. Those memories were merely vestigial and rarely affected the new individual’s personality.

If this was done with a non-human, the result was called a “half-illithid”. Another name for a half-illithid was “ceremorph”. They did, however, still possess most of the powers of a regular illithid.

On rare occasions, something happens to humans during the ceremorphosis where the tadpole ate the brain but was not able to bring the human “to full term.” Typically, this happened as a result of the tadpoles carrying a rare illithid disease or coming from a weak brood. Usually, these “quasiceremorphs” are killed outright. However, some elder brains have seen value in this sub-species and their ability to blend in with humans.

Quasiceremorphs come from all different types of backgrounds and sometimes there are hints at their past lives. Regardless, your quasiceremorph has these traits.

Age. Quasiceremorphs are typically “reborn” from humans that were already adults, typically young and healthy (late teens to early twenties). Due to the partial ceremorphosis, you can live longer than humans, typically 200-300 years.

Alignment. Quasiceremorphs tend towards lawful evil, like full mind flayers. However, the human half of them may pull them towards more chaotic and sometimes even good alignments.

Size. Quasicereamorphs are the same size as humans, although they may be slightly taller than the original human whose brain the tadpole ate (due to cranial elongation). Your size is Medium.

Darkvision. Thanks to their illithid heritage, quasiceremorphs have an innate ability to see in dark and dim conditions. You can see in dim light within 60 feet of you as if it were bright light, and in darkness as if it were dim light. You can’t discern color in darkness, only shades of gray.

Dulled Senses. In exchange for your heightened psionic powers and tentacles, you have lost your sense of taste and smell.  You have disadvantage on Wisdom (Perception) checks that rely on taste or smell.

Tentacles. You have four retractable face tentacles that hide in your jaw and nasal cavities. While your tentacles are retracted, a creature can make a successful Intelligence (Nature) or Wisdom (Medicine) check with a DC of 10 + your Charisma modifier to notice that you are not completely human. You can use your bonus action to extend your tentacles and another bonus action to retract them. While your tentacles are extended you cannot speak, and you can use them to make unarmed strikes. If you hit with them, you deal psychic damage equal to 1d6 + your Intelligence modifier, instead of the bludgeoning damage normal for an unarmed strike. Instead of damage, you can grapple with them. The grapple automatically ends if you retract your tentacles while grappling.

Hybrid Nature. You have two creature types: humanoid and aberration. You can be affected by a game effect if it works on either of your creature types.

Languages. You can speak, read, and write Common and Deep Speech. Deep Speech is the language of aberrations, an alien form of communication originating in the Far Realm. It has no native script of its own, but when written by mortals it uses the Espruar script, as it was first transcribed by the drow due to frequent contact between the two groups stemming from living in relatively close proximity within the Underdark.