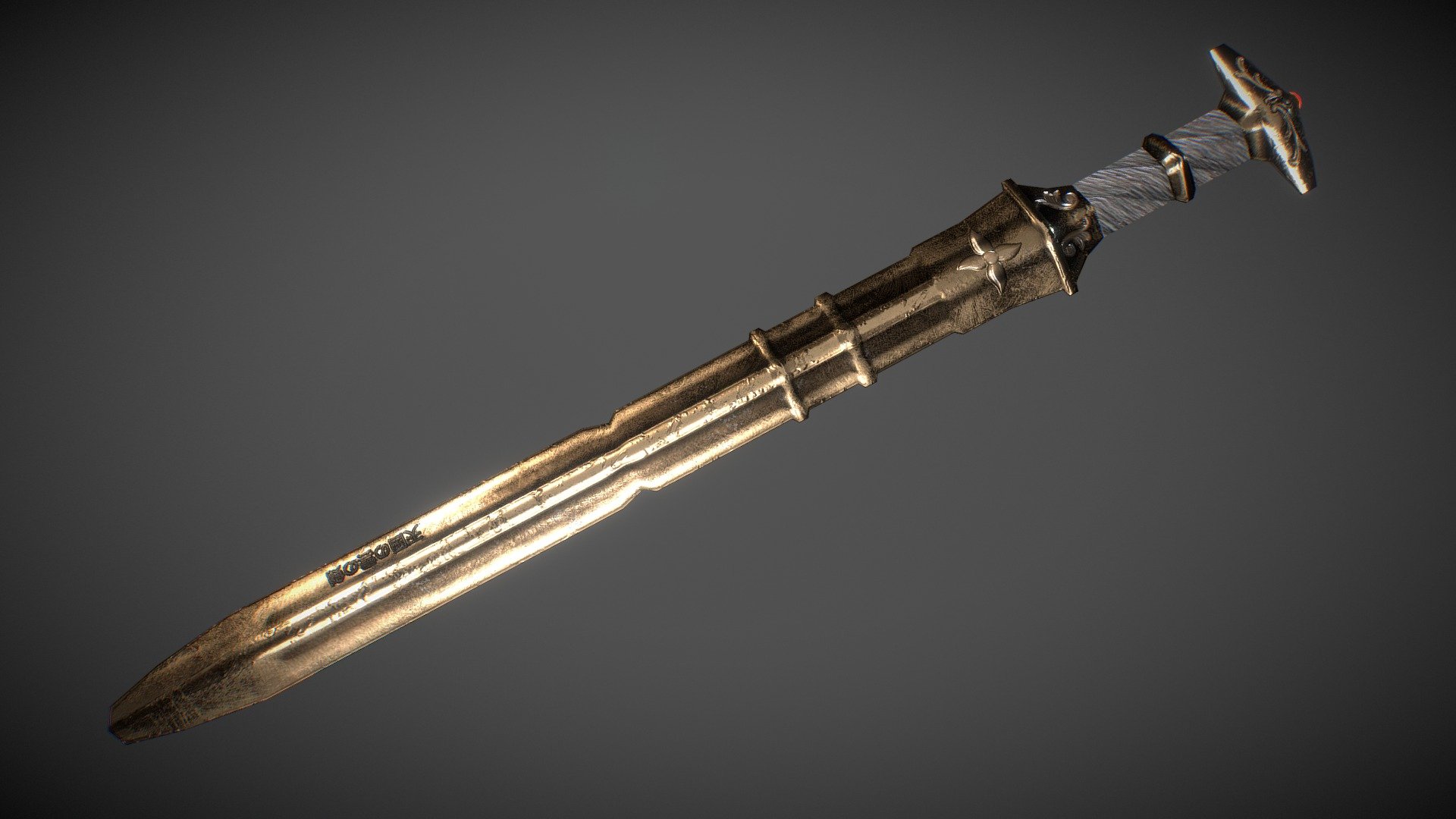 Continuing with Patron requests for July, this one comes from one of my favorite fans, Keith T:

A chaotic good long sword that hungers for the blood of monsters. The 1st owner might have been a famed monster hunter (something like a witcher maybe) slaying many monsters resulting in the blade being soaked in the blood of many different monsters.

Originally owned by famed monster hunter Baxter Hardfell, Larkin started its “life” as a “normal” magic longsword. Over time, however, Larkin began to develop sentience, likely a by-product of the hundreds–if not thousands–of monsters the blade tasted. Now, Larkin is the loud, proud bane of monsters everywhere.

Larkin sleeps in an old, dry-rotting leather scabbard nicknamed “Filth Blanket”. He refuses to get a new scabbard, preferring the comfort provided by his “old drinking buddy.”

You gain a +3 bonus to attack and damage rolls made with this weapon. Larkin deals a critical hit on a roll of 19 or 20 and deals an extra 3d6 slashing damage to monstrosities. It has the following additional properties.

Flying Sword. Once per round, you can make a special ranged attack with Larkin. While wielding Larkin, choose a target that you can see within 60 feet of you and speak the command word “Forward.” The target must succeed on a DC 18 Dexterity check, or get hit by Larkin. Larkin then deals an amount of slashing damage equal to 1d10 + 7 plus another 3d6 slashing damage if the target is a monstrosity. Any spell or ability that would normally augment Larkin’s damage (such as a paladin’s smite) does not function with this attack. A creature does not receive the benefits to half cover or three-quarters cover from this attack.

Monster Slayer. While you hold the weapon, you are aware of the presence of Tiny or larger monstrosities within 60 feet of you. You also can’t be charmed or frightened. If you score a critical hit against a monstrosity while wielding Larkin, the creature must make a DC 18 Constitution saving throw. Creatures with Challenge Ratings of 11 or higher automatically pass their saving throw. On a failed saving throw, the creature’s hit points drop to 0.

Sentience. Lark is a sentient chaotic good weapon with an Intelligence of 9, a Wisdom of 10, and a Charisma of 18. Larkin has hearing and normal vision out to 60 feet. Larkin can speak, read, and understand Common, and can communicate with its wielder telepathically. Larkin talks like a proud, drunk warrior, often laughing–quite loudly–during combat. Previous owners have noted that Larkin has a bit of a “foul mouth” and isn’t afraid to toss a few profanities around.

Personality. The sword loves its job and can’t wait to get into combat. If Larkin isn’t used frequently, it grows bored, singing (very off-key), faux-snoring, or simply complaining in protest. Once three day passes without Larkin killing a creature (preferably a monstrosity), a conflict between it and its wielder occurs at the next sunrise.

Destroying the Sword. If Larkin is buried or hidden away for 100 years or more for away from evil creatures, its sentience fades away and Larkin becomes a normal sword again. From there, Larkin can be destroyed as one would normally destroy a magic sword. However, if he comes within 60 feet of an evil creature before destroyed, Larkin’s sentience and artifact status return.

Have a request? And want some FREE books, too?