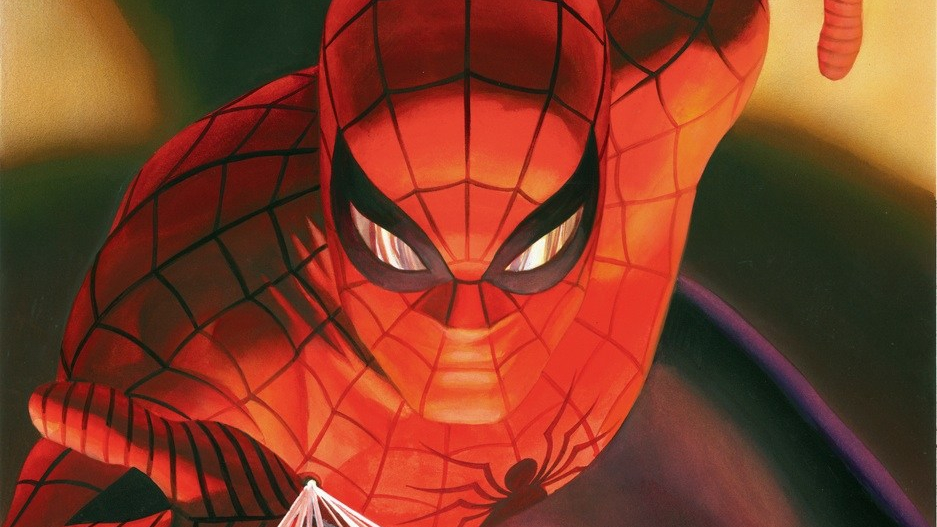 Something I’ve been stewing on for a while: how to bring superpowers into Fifth Edition. I’ve had ideas for creating new classes and a few other things, but nothing really stuck.

The trick is keeping it balanced in the game without making things “cheap.”

In other words, I want to make a superhero that has all his/her powers without some cheesy feat or racial ability covering up the fact that you can’t have a character start with 23 Strength in the game.

But… what if you were playing at a higher level?

I forgot to mention that I just got back from seeing Spider-Man: Far From Home.

Don’t worry, I won’t include any spoilers.

However, Spider-Man is intriguing and a great place to start building a super-powered character.

First of all, nothing can lift 20,000 tons in 5e. The tarrasque, a gargantuan creature with 30 Strength, can only lift 7,200 lbs. according to RAW. Now, that’s pretty goofy (and yeah, I know, blah blah power law, yeah yeah, who cares?). So we’ll ignore the math.

I put Spider-Man’s Strength probably somewhere within the giants. If we go by the movies, he’s probably stronger than Captain America (who is peak human capability at Strength 20) but not quite as strong as, say, Thanos, who I issued a 27 Strength in an earlier build.

My guess is that Spider-Man’s Strength is somewhere between 23 and 25. I’m tempted to go with the lower end of that spectrum.

Normally, a character could never get Strength that high without a little help. The belt of stone/frost giant strength awards 23 Strength. Note that it is a very rare magic item.

The manual of gainful exercise increases Strength by 2, and it is also very rare.

Spider-Man is crazy fast. His on-foot speed is probably somewhere around 40-50 feet per round (without dashing). He can dodge almost everything with just pure Dexterity alone.

Dexterity is a tricky bird in Fifth Edition. It doesn’t scale with challenge ratings like a lot of stats do. Plus, creatures with Dexterity higher than 20 aren’t just fast. They can hardly be seen.

This may sound like sacrilege, but I believe Spider-Man’s Dexterity is just a “measly” 20. Not much can hit him, but he’s not faster than, say, an air elemental (which is also 20).

Assuming that everyone does standard array in D&D (and yeah, I know I’m probably the only nerd that use standard array), a starting human character has the following stats: 16, 15, 14, 13, 11, and 9. Since Pete is a bit of a wimpy nerd starting out, we can put 9 in his Strength. Later, his powers boost his Strength to 23.

I say his Intelligence is 15 since that’s roughly genius level for most humans. Then, I’ll gift him a 16 in Dexterity. For him to go from Dexterity 16 to Dexterity 20, he could only do it through ASIs, two of them. Fighters get ASIs at 4th and 6th, so that’s the quickest path to a 20.

For those curious, his Constitution was 11, his Wisdom was 13, and his Charisma was 14. He’s such a charming fellow, that one.

There are no magic items that grant increased dexterity with the exception of the manual of quickness of action, which is also very rare.

Spider-Man takes a licking and keeps on ticking. Pre-Spider-Man Peter Parker I gave a Constitution of 11. To get him up to a higher score–like a 19–he’d need a magic item like an amulet of health. The amulet of health is a rare item.

This one is pretty easy. Slippers of spider climbing grant the exact same benefits he gets from his radioactive bite. And it’s only an uncommon item.

This is another one that’s pretty easy to duplicate. Class-feature-wise, barbarians get Danger Sense at 2nd level which gives advantage on Dexterity saving throws. Also, the feat Alert gives a +5 bonus to initiative, you can’t be surprised, and other creatures can’t gain advantage on attack rolls as a result of being unseen. If I had to pick one over the other, I’d go with the Alert feat.

Interestingly, there’s no real comparative magic item for Spider-Man’s web shooters in Fifth Edition. They act as the web spell, obviously, but also grant him “flying” at probably close to 60 feet per round, so that’s kind of like carpet of flying or broom of flying. He can entangle foes with it, so that’s a bit like the rope of entanglement. All in all, I’d say that everything adds up to a rare or very rare magic items’ capabilities, probably leaning towards rare since it does have charges.

The cloak of arachnida is a very rare item that gives a whole bunch of powers (including those the slippers offers). So it might be possible to cover some of those effects using it.

Here are all of the adjustments the Spider-Man-equivalent character needs to exist in Fifth Edition:

Quite the shopping list. So what level character can get all these powers? Unfortunately, it’s quite high.

According to Xanathar’s Guide to Everything, the party altogether will only receive 3 rare major items, 2 very rare major, and 1 legendary major item before hitting level 16.

If Spider-Man is part of a party, this means that he has laid claim to one of the rare items and two of the very rare items. What a hoarding jerk!

But all in all, this data shows us that Spider-Man is on par with a character of 11th – 16th level. The good news is, of course, that he’s going to get his hands on all sorts of other powers, too, because we still haven’t really factored in his character levels. Whether you think he’s a rogue, fighter, or monk (or like someone said on my Facebook group, a bard?) he’s going to get a bunch of cool stuff along the way.

If I had to pick a class, I’d put my money on Champion Fighter with at least one level of Monk for the Unarmored Defense, Martial Arts, and proficiency in Dexterity saving throws. He’s got all the basic fighter stuff including plenty of ASIs, Second Wind, and Action Surge. He’s a Remarkable Athlete, and his critical hits are pretty good.

From there, toss in the Spider-Man power package as a “magic item” which gives him the following benefits:

Peter also his web shooters, which are, in fact, a magic item, too.

The web-shooters have 50 charges for the following properties.

Web Pellet. You can expend 1 charge to make ranged weapon attacks with your web-shooters as if the web-shooters were a martial weapon. The web-shooters range is 20/60. On a successful hit, your web pellets deal bludgeoning damage equal to 1d4 + your Dexterity modifier.

Swing. As a bonus action, you can expend 1 charge to fire a thread from your web-shooters which allows you to swing. Until the end of the next turn, you gain a flying speed of 60 feet. When you stop swinging, you fall if you are still aloft, unless you can stop the fall. At the GM’s discretion, you must have ample space and tall structures to swing from such as tall buildings or trees.

Entangle. As an action, you can make a special attack using your web-shooters. Make a web pellet attack against a target that you can see within 20 feet of you. On a successful hit, instead of dealing damage, the target must succeed on a DC 18 Strength saving throw or be restrained for 1 hour. A creature restrained by the webbing can use its action to make another Strength check, freeing itself on a success. When the effect ends, the webbing dissolves.

Web. As an action, you can expend 3 charges to create a web. This property works like the web spell, except it is not magical.

Bonus: Spider-Man as an NPC

If it’s not enough to play Spider-Man, perhaps you’d prefer to beat up on the poor guy? Well, here’s his “monster” stats for Dungeons & Dragons Fifth Edition.

Second Wind (Recharges after a Short or Long Rest). As a bonus action, Spider-Man can regain 15 hit points.

Spider Climb. Spider-Man can climb difficult surfaces, including upside down on ceilings, without needing to make an ability check.

Spider-Sense. Spider-Man adds +5 to his initiative checks, he can’t be surprised while he is conscious, and other creatures don’t gain advantage on attack rolls against Spider-Man as a result of being unseen by him.

Web Swing. As a bonus action, Spider-Man fires webbing from his web-shooters at a tall building, tree, or another high anchor point. He gains a flying speed of 60 feet until the end of his next turn.

Web Shooter. Ranged Weapon Attack: +8 to hit, range 20/60, one target. Hit: 7 (1d4 + 5) bludgeoning damage. Instead of dealing damage, Spider-Man can grapple (escape DC 18) the target by entangling the target in his webs. While the target is grappled, it is restrained.

Web. As an action, Spider-Man can fire a blanket of webbing from his web-shooters. This action works like the web spell but isn’t itself magical.