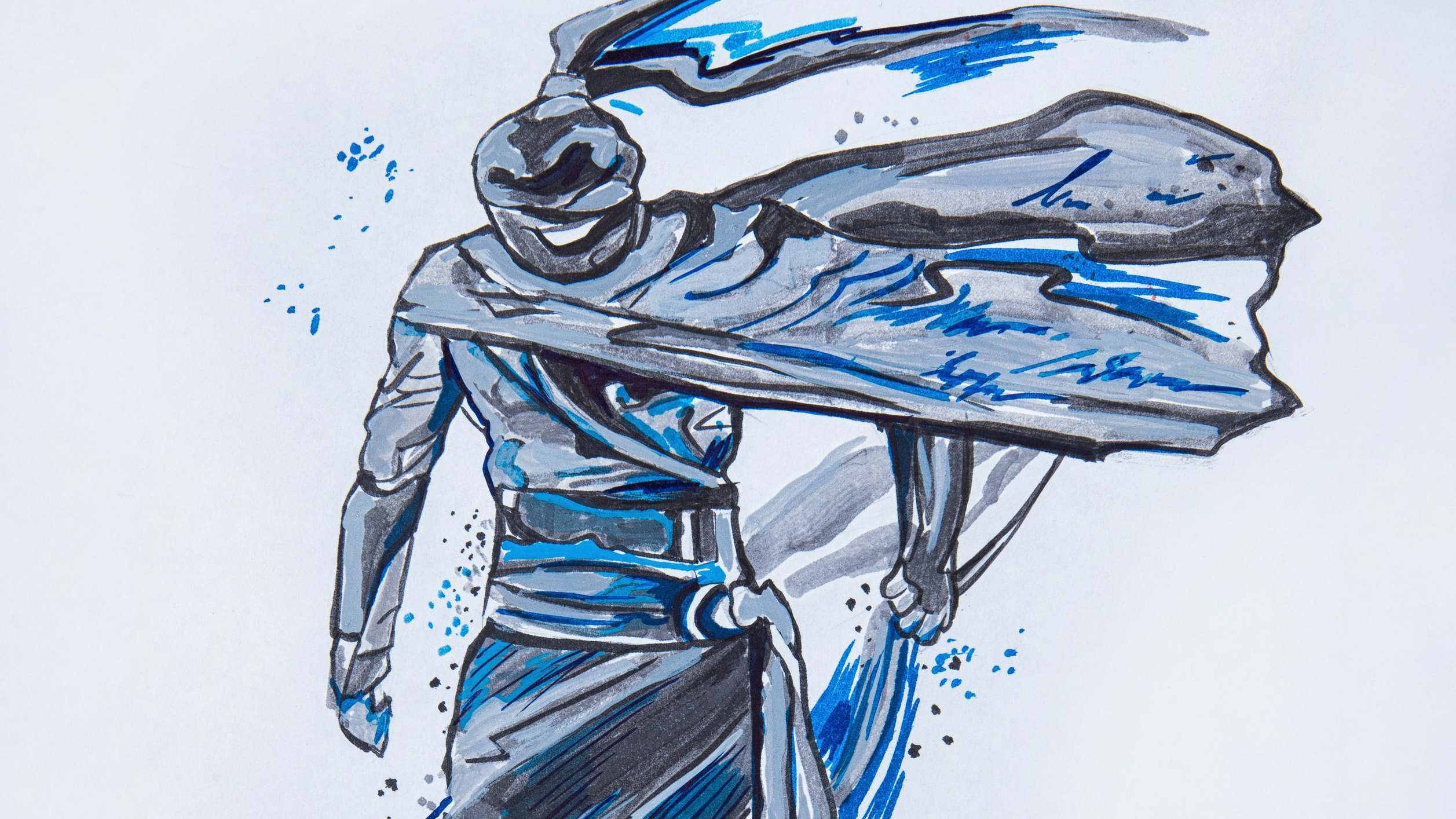 Subclass month continues with a cool subclass idea from one of my patrons. Here is what he requested:

Ever since I started playing I always wanted a subclass that had the power to control gravity or affect the surroundings. The only issue with my request is I usually play really gung-ho with a fighter or a monk. So I was wondering if you could make a subclass for a monk or fighter that has something with controlling space or gravity. I don’t have very many ideas but i think force damage would be a cool factor in the whole gravity idea.

Sounds pretty neat! Let’s see what I can come up with.

This definitely sounds like a class that’s good at crowd control. And that’s what I’ll build it towards.

When developing this subclass, I knew I wanted lots of freaky powers that could temporarily subdue combatants by making them levitate or just by reversing gravity. For fluff’s sake, I came up with the idea that this style is only taught by an old githzerai master named Graviton.

Right away, at first level, this monk gets a punch that can cause an enemy to levitate. It requires that the monk uses ki points and its bonus action to keep the target in the air.

In addition, the monk has light telekineses in the form of mage hand, giving it sort of a gith quality. It’s even invisible.

At 6th level, the monk needs some form of defense, therefore I let it have shield to make it even more like a githzerai.

At 11th, the monk has a mild form of reverse gravity–the area of effect is much smaller, but the damage works out to be roughly the same as the Sun Soul’s Searing Sunburst.

Finally, at 17th, I felt fly with flyby attack was probably enough good just as it is. Although, I’d be interested to hear other people’s opinions on the matter.

At 3rd level, a monk gains the Monastic Tradition feature. The following Disciple of Graviton option is available to a monk, in addition to those normally offered.

Graviton was a powerful githzerai monk that traveled the inner and outer planes on a quest to enhance his martial arts. This quest took him from the Infinite Layers of the Abyss to the Seven Heavens of Mount Olympia. He traveled over the endless expanse of the Astral Plane and even dipped into the Shadowfell, Fey, and Ethereal for training. Graviton learned much on these adventures, eventually returning to teach others his methods.

Starting when you choose this tradition at 3rd level, your attacks can disrupt your target’s ki, making it lighter than air. Whenever you hit a creature that weighs less than 500 pounds with one of the attacks granted by your Flurry of Blows, you can force the target to make a Constitution saving throw. On a failed saving throw, the creature rises vertically, up to 20 feet and remains suspended there until the end of your next turn. The target can move only by pushing or pulling against a fixed object or surface within reach (such as a wall or ceiling), which allows it to move as if it were climbing.

On each subsequent turn, you use your bonus action to expend 1 ki point to extend the duration of the effect until the end of your next turn.

When the effect ends, the target floats gently to the ground if it is still aloft.

At 3rd level, you learn the mage hand cantrip unless you already know it. The hand is invisible when you cast the cantrip with this trait.

At 6th level, you learn the shield spell, which you can spend 2 ki points to cast without providing material components.

At 11th level, you can use your willpower to alter reality. As an action, you can spend 4 ki points and choose a point within 150 feet of you. You reverse gravity in a 20-foot radius, 20-foot high cylinder centered on that point. All creatures and objects that aren’t somehow anchored to the ground in the area fall upward and reach the top of the area when you use this feature. A creature can make a Dexterity saving throw to grab onto a fixed object it can reach, thus avoiding the fall. You can choose a number of creatures or objects equal to your Wisdom modifier not to be affected by the reversal in gravity.

If some solid object (such as a ceiling) is encountered in this fall, falling objects and creatures strike it just as they would during a normal downward fall. If an object or creature reaches the top of the area without striking anything, it remains there, oscillating slightly, for the duration.

Once the effect ends, affected objects and creatures fall back down.

At 17th level, you gain a flying speed equal to your movement speed. In addition, you provoke no opportunity attacks when you move out of an enemy’s reach.