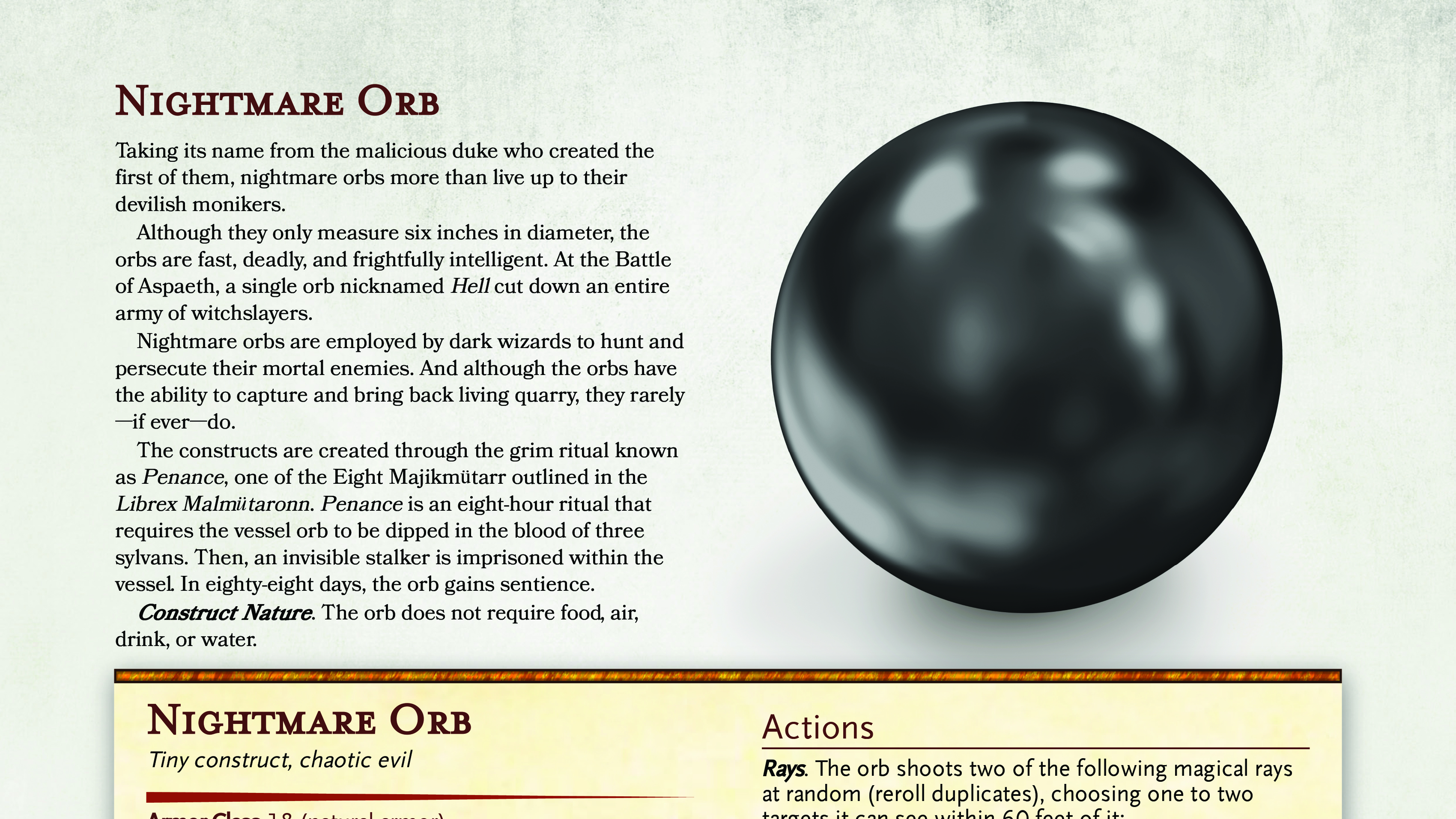 Taking its name from the malicious duke who created the first of them, nightmare orbs more than live up to their devilish monikers.

Although they only measure six inches in diameter, the orbs are fast, deadly, and frightfully intelligent. At the Battle of Aspaeth, a single orb nicknamed Hell cut down an entire army of witchslayers.

Nightmare orbs are employed by dark wizards to hunt and persecute their mortal enemies. And although the orbs have the ability to capture and bring back living quarry, they rarely—if ever—do.

The constructs are created through the grim ritual known as Penance, one of the Eight Majikmütarr outlined in the Librex Malmütaronn. Penance is an eight-hour ritual that requires the vessel orb to be dipped in the blood of three sylvans. Then, an invisible stalker is imprisoned within the vessel. In eighty-eight days, the orb gains sentience.

Construct Nature. The orb does not require food, air, drink, or water.

Damage Immunities poison; bludgeoning, piercing, and slashing from nonmagical attacks not made with adamantine weapons

Faultless Tracker. The orb is given a quarry by its creator. The orb knows the direction and distance to its quarry as long as the two of them are on the same plane of existence. The orb also knows the location of its creator.

Innate Spellcasting. The orb’s spellcasting ability is Intelligence (spell save DC 15). It can innately cast the following spells requiring no components.

Magic Resistance. The orb has advantage on saving throws against spells and magical effects.

Rays. The orb shoots two of the following magical rays at random (reroll duplicates), choosing one to two targets it can see within 60 feet of it:

Retune. When the orb is targeted by an attack or spell that deals acid, cold, fire, lightning, psychic or thunder damage it gains immunity to that damage type (including against the triggering attack) for 1 minute or until it uses this trait again,