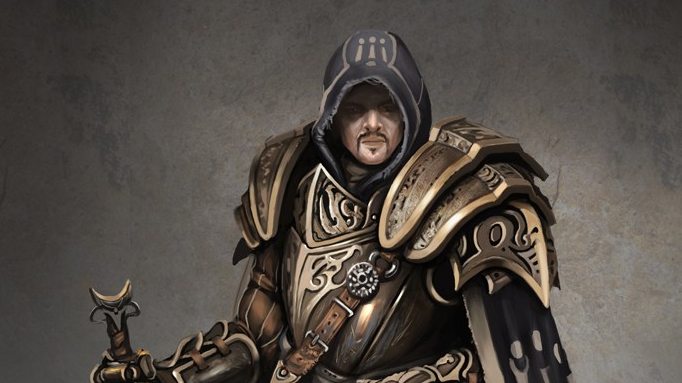 At 3rd level, a paladin gains the Sacred Oath feature. The following Oath of Silence option is available to a paladin, in addition to those normally offered.

Champions of the mind, paladins of the Oath of Silence ward themselves against the effects of those who would use the paladins’ own thoughts against them. Through intense discipline and constant concentration, they are the living embodiment of a tower of iron will.

Many paladins of the Oath of Silence simply protect those who would be manipulated and abused by psionicists. Others hunt psions and other psychic warriors down, removing their presence altogether.

A paladin who follows the Oath of Silence fortifies itself by mentally repeating its tenets over and over again.

Silence. My silence is my greatest weapon. I only need to speak when it is absolutely necessary.

Psion Hunter. Those who label themselves psionicists are a threat to the natural order of things. It is my duty to hunt (and potentially slay) these creatures.

Discipline. My mind is a fortress. Through meditation and discipline, I can protect myself and others from those who wield psychic powers.

You gain oath spells at the paladin levels listed in the Oath of Silence Spells table. See the Sacred Oath class feature for how oath spells work.

Once your concentration is broken or you speak, you cannot gain the benefits of this feature until you finish another long rest.

When you take this oath at 3rd level, you gain the following two Channel Divinity options.

Tower of Iron Will. As an action, you can use your Channel Divinity to protect yourself against powers and spells that affect your mind. For 1 hour, whenever you make a Wisdom saving throw, you can treat a d20 result of 9 or lower as a 10.

Psionics Reflection. You can use your Channel Divinity to reflect psychic and force damage back on the manifester. Immediately after an attacker within 60 feet of you deals psychic or force damage with a psionic power or spell attack against you or a creature within 10 feet of you, you can use your reaction to force the attacker to make a Wisdom saving throw. On a failed save, the attacker takes psychic damage equal to the damage it just dealt. On a successful save, it takes half as much damage.

Starting at 7th level, you can shield others from psionic attacks. You and each creature within 10 feet of you gain resistance to psychic damage and have advantage on Intelligence saving throws.

Your mind is so protected against psychic damage, that at 15th level, any creature who attacks you with powers or spells are mentally punished for their audacity. Whenever a creature hits you with a power or spell attack that deals psychic or force damage, that creature must succeed on an Intelligence saving throw or become stunned until the end of your next turn.

At 20th level, you become a foe of psionicists and spellslingers everywhere. As an action, you become an avatar of mental defense, gaining the following benefits for 1 minute: