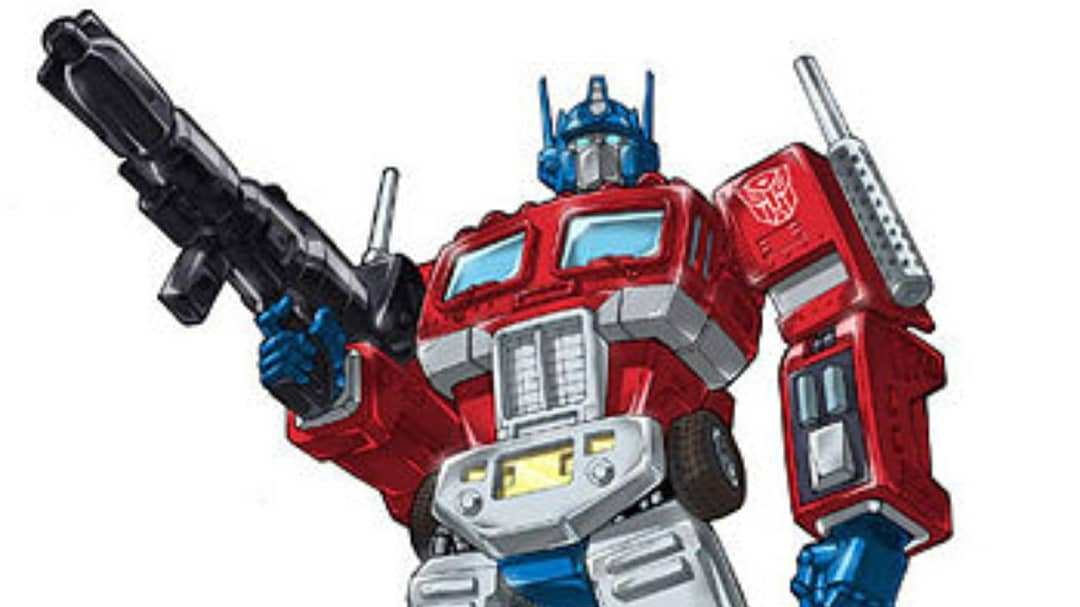 Optimus Prime is the awe-inspiring leader of the Autobot forces. Selfless and endlessly courageous, he is the complete opposite of his mortal enemy Megatron. Originally a mere civilian known as Orion Pax or Optronix, he was chosen by the Matrix of Leadership to command, the first in a number of heavy burdens he has been forced to bear. Another is his bringing of the Transformers’ conflict to Earth. Every casualty, human or Cybertronian weighs heavily on his spark. He does not show this side to his soldiers and never succumbs to despair. The Autobots need a decisive, charismatic leader and that is what he gives them. It was that leadership which turned the tide of the Great War.

On the battlefield, there are few who rival Optimus Prime’s prowess. He is easily the strongest of any Autobot his size, and his ion blaster and Energon-axe are deadly weapons. He would sacrifice his life to protect his fellow Autobots or those under their care and does so on a regular basis. His compassion for other sentient beings is his only real weakness, and one the Decepticons have taken advantage of time and again… though it’s also the source of his strength!

Shapechanger. Optimus can use his bonus action to transform into a semi-truck, or back into his true form, a robot. His statistics, other than his speed, are the same in each form. Any equipment he is wearing or carrying isn’t transformed (note that his ion blaster and Energon-axe are part of him). Optimus reverts to his true form if he dies.

False Appearance (Truck Form Only). As long as Optimus doesn’t attack, cast a spell, or speak, he is indistinguishable from a normal semi-truck.

Legendary Resistance (3/Day). If Optimus fails a saving throw he can choose to succeed instead.

Trampling Charge (Truck Form Only). If Optimus moves at least 60 feet straight toward a target and then hits it with a ram attack on the same turn, the target takes an extra 16 (3d10) bludgeoning damage. If the target is a creature, it must succeed on a DC 25 Strength saving throw or be knocked prone. If the target is prone, Optimus can use his Run Over action against the same target as a bonus action.

Run Over (Truck Form Only). Optimus targets one prone creature within 10 feet of him. The target must succeed on a DC 17 Dexterity saving throw or take 27 (6d8) bludgeoning damage. Optimus can then move up to half his movement speed.

Leadership (Recharges after a Short or Long Rest). For 1 minute, Optimus can utter a special command or warning whenever a nonhostile creature that he can see within 30 feet of him makes an attack roll or a saving throw. The creature can add a d4 to its roll provided it can hear and understand Optimus. A creature can benefit from only one Leadership die at a time. This effect ends if Optimus is incapacitated.

Parry (Robot Form Only). Optimus adds 7 to his AC against one melee attack that would hit him. To do so, Optimus must see the attacker and be wielding a melee weapon.

Move. Optimus moves up to half his movement speed.

Transform (Costs 2 Actions). Optimus transforms into his truck form or back into his robot form.

BroadSword Monthly is now available for immediate download. Grab a copy here on the site. Over 100-pages of original FIFTH EDITION compatible content for only $10. Or upgrade to the physical copy for only $8 more!

Get you copy NOW.