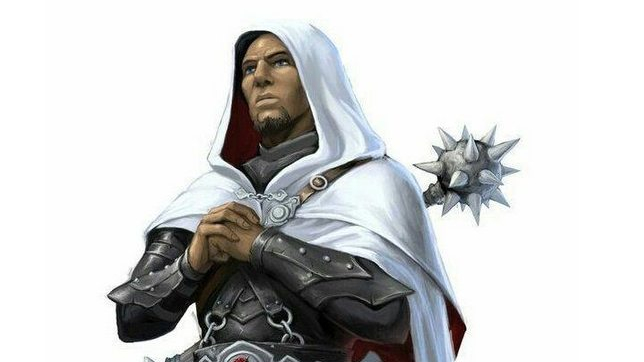 This entry is a part of March’s 26 Days of Subclasses featurette where I’m creating new subclasses every day for 26 days. Not only am I creating subclasses for all Patrons of silver tier or higher, but I’m also creating them based on Instagram recommendations, as well.

This one comes as a request from one of my Patrons who plays the role of Toshokan the God of Knowledge and Writing in my Gods of Wandrossa campaign on Pareon.

I built this paladin oath as a crowd control subclass, similar to the Knowledge cleric. It also has a fair bit of utility to it, as well. Oddly, it was difficult thinking up some features that didn’t overlap too badly with similar subclasses like College of Whispers or the Cleric Knowledge Domain itself. In the end, I’m pretty happy with what I came up with.

Everything in the class build should more or less work the way it’s intended to. The capstone has some pretty excellent features to it and it is permanent, however, when it reaches that level it’s going against creatures with high Wisdom/Intelligence saving throws that are likely to have Legendary Resistances anyways.

Let me know what you think down in the comments below.

At 3rd level, a paladin gains the Sacred Oaths feature. The following Knowledge option is available to a paladin in addition to those normally offered.

The Oath of Knowledge calls to paladins who are dedicated to locating secrets, lost knowledge, and ultimate truths. Their core belief is that with the requisite amount of information the world is easier to understand. And when that information is properly applied, it can aid in the protection–or conquest–of everything in it.

In Wandrossa, some Paladins of Knowledge bear the sigil of Toshokan the God of Knowledge, Sages, and Writing. Their armor is pinned with scrolls and parchment and their fingers are perpetually stained with ink. Others may wear the eyes of Ptlah, the Ever-knowing. These Paladins are devoted to unspeakable knowledge and forbidden lore and welcome the madness inflicted by such scholarly pursuits.

A paladin who takes up this oath often memorizes in tenets in multiple languages including lost and obscure ones.

All Knowledge is Worth Knowing. There is no amount of information that is too small, or no secret too petty. I must learn all that I can about the world.

Ignorance is a Sin. Educate those who do not have access to knowledge. And I will avoid–and thwart–those who stand in the way of the pursuit of knowledge.

Secrets are the Foundation of All Existence. If there is a secret, I must learn it, for it could be the key to solving all of the mysteries of existence.

You gain oath spells at the paladin levels listed in the Oath of Knowledge Spells table. See the Sacred Oath class feature for how oath spells work.

Dark Secret. You can use your Channel Divinity to undercover deep, dark secrets. As an action, target one creature that you can see within 30 feet of you. The target must make a Wisdom saving throw against your spell save DC. On a failed saving throw, the target takes 2d8 psychic damage and becomes frightened of you until the end of your next turn.

Quick Study. You can use your Channel Divinity to augment your ability to comprehend and understand things. As a bonus action, you gain the benefits of the comprehend languages spell and you grant yourself a +5 bonus to Intelligence (Investigation) checks for the next 10 minutes.

Starting at 7th level, your ability to assess situations is so great, that it expands to others around you. You and friendly creatures within 10 feet of you gain a +2 bonus to their AC.

Starting at 15th level, your knowledge of everything is so great that it makes you difficult to topple with mind-altering effects. You gain proficiency in Intelligence saving throws. In addition, if a creature targets you with a spell or effect that requires an Intelligence or Wisdom saving throw, that creature takes psychic damage equal to your Charisma modifier (minimum of 1).

At 20th level, your knowledge and quest for secrets is unmatched by most. You gain the following benefits:

March is Subclass Month on Patreon

Patrons of the Silver Tier and above get to request a subclass this month IN ADDITION to the normal requests that they are offered. Plus, you get copies of all my PDFs, AND, you can participate in the Gods of Wandrossa campaign setting.