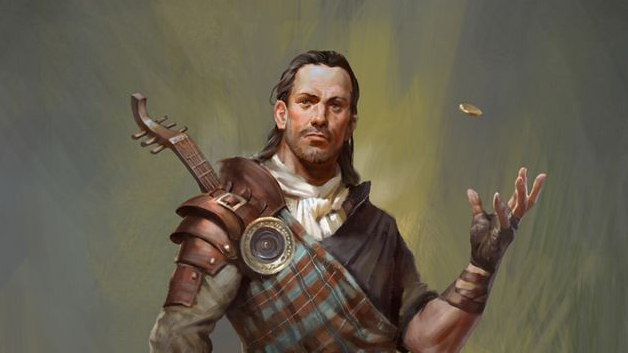 This entry is a part of March’s 26 Days of Subclasses featurette where I’m creating new subclasses every day for 26 days. Not only am I creating subclasses for all Patrons of Silver Tier or higher, but I’m also creating them based on Instagram recommendations, as well.

When putting this subclass together, I wanted to try something a little different with the bard. I wanted to make it a tank with some utility. Bards don’t have a whole lot of features in their subclasses so a lot of this subclass will depend on a player’s ability to choose the right spells and run it correctly.

Its first ability allows it to trick attackers into attacking their friends. That’s complemented by a downtime power that lets you sow rumors; fun little flavor piece. I’m sure some will whine (oh, that’s too niche), but the secondary bard feature is always niche.

At 6th, you get a power similar to glamour’s except instead of command you get to use dissonant whispers. This is the “weenie-clearing” power so you can focus on a limited number of foes.

Finally, at 14, you can use your Bardic Inspiration to cause a creature to not only have disadvantage on its attack against you but also let your allies slip past it while it’s focused on you.

At 3rd level, a bard gains the Bard College feature. The following College of Rumors option is available to a bard, in addition to those normally offered.

Bards aren’t just musicians and entertainers. Sometimes, they’re a source of news for others, too, especially those of a grassroots origin. Sages, however, don’t see this news as information, but as rumors, falsehoods, and gossip. Knowing full well their ability to implant trust in those who hear their words and music, Bards of the College of Rumors are prince and princess of deception, instilling paranoia in the minds of those who dare believe their confabulations.

When you take this Bardic College at 3rd level, you learn how to use your words to turn your enemies against themselves. When a creature targets you with a weapon attack, you can expend one use of your Bardic Inspiration to force the attacker to make a Wisdom saving throw against your spell save DC. If the saving throw fails, the attacker instead targets another creature of your choice within 5 feet of it.

Mouthpiece of the People

At 3rd level, you’re most at home when you’re surrounded by other people. While in a settlement for 1 hour or more, you gain the following benefits:

At 6th level, you gain the ability to do actual mental harm to creatures that can hear your lies. As a bonus action, you cast dissonant whispers, without expending a spell slot, and you begin to tell a tale through spoken word or song that lasts for 1 minute or until your concentration ends (as if you were concentrating on a spell). During this time, you can cast dissonant whispers as a bonus action on each of your turns, without expending a spell slot. Any creature charmed by you automatically fails its saving throw against the dissonant whispers you cast with this feature.

Starting at 14th level, your words can affect the confidence of your enemies. When a creature that can hear you targets you with a weapon attack, you can use your reaction to expend one use of your Bardic Inspiration to cause the creature to make attacks rolls against you with disadvantage until the start of your next turn. In addition, the creature has disadvantage on its Wisdom (Perception) checks to notice any creature other than you until the start of its next turn.

March is Subclass Month on Patreon

Patrons of the Silver Tier and above get to request a subclass this month IN ADDITION to the normal requests that they are offered. Plus, you get copies of all my PDFs, AND, you can participate in the Gods of Wandrossa campaign setting.