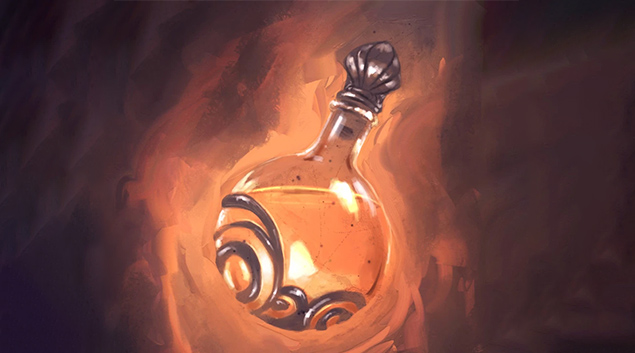 It’s late. I’ve eaten a cake that was in the disguise of a donut (thanks Hurts Donuts, Norman) and drank a lot of stale, three-hour old coffee. If you thought I made some goofy shit earlier today, you ain’t seen nuthin’ yet.

This comes in as “kind of” a request from one of my Facebook fans, Jordan. He wanted me to create molotov cocktails for D&D. Fortunately, those already exist: alchemist’s fire. But I didn’t want to just let myself get out of a request so easy. So I asked Jordan what his favorite class was: barbarian.

A barbarian sub that specializes in alchemist’s fire? Let’s do it.

At 3rd level, a barbarian gains the Primal Path feature. The following Path of the Pyromaniac option is available to a barbarian in addition to those normally offered.

Path of the Pyromaniac

Some people just want to watch the world burn. With soot-covered hands and countless burn scars, you stalk the earth with a flask of alchemist fire in one hand and a fistful of “get the fuck out of my way” in the other.

If an enemy is anything less than ashes when you walk away from a battlefield, you’re not happy.

Starting when you take this path at 3rd level, you gain proficiency in alchemist’s supplies and you are proficient with improvised weapons.

You are a master of creating and throwing alchemist fire. When you choose this path at 3rd level, you gain the following benefits:

At 10th level, while you are raging, you can drink one of your flasks of alchemist’s fire as part of your movement. After you do, for 1 minute, you can use your action to breathe fire in a 15-foot cone. Each creature in that area must make a Dexterity saving throw with a DC of 8 + your proficiency bonus + your Constitution modifier, taking 3d6 fire damage on a failed save, or half as much damage on a successful one. In addition, if the target is a creature or a flammable object, it ignites. Until a creature takes an action to douse the fire, the target takes 3 (1d6) fire damage at the start of each of its turns. You can’t use this feature again until after you finish a long rest.

Starting at 14th level, while you’re raging, you have advantage on all attack rolls made against any creature that is on fire, naturally or otherwise.

I love making crazy stuff like this. Is it perfect? Probably not. But is it fun? Definitely! Share the love and get my blog noticed by clicking one of the share buttons below.