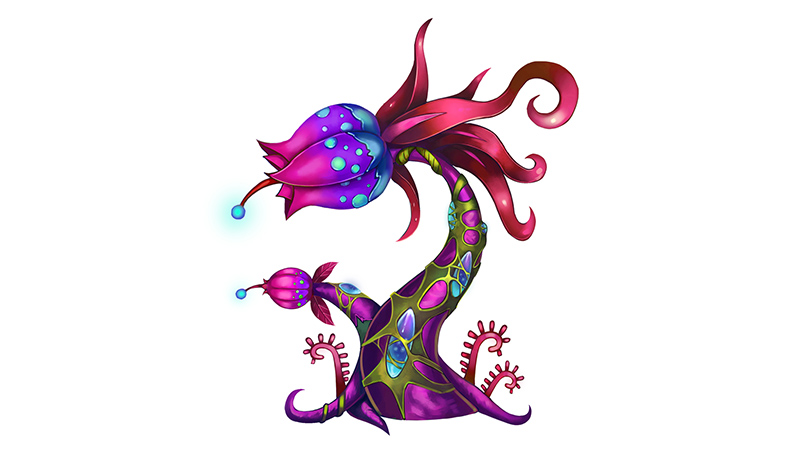 Today on Instagram, I threw out a mini-contest: come up with a cool magic item and you’ll win a contest. I expected maybe 25-30 entries. However, when I logged back into Instagram about 8 hours later I discovered that I had over 93 ideas thrown my way. Wow!

Thus, I decided, “Why not choose all of them?” After all, magic items are pretty easy to write up. So, I’ll be pulling from this list whenever I need a magic item idea.

Potted Plant of Sleep and Hypnosis

A dry plant in a small pot. It looks like it’s from the Feywild. When you place it in a room and water it, it blossoms and casts sleep (with 20d8 HD centered on the plant) when its winter or autumn in your game. Or it casts hypnotic patterns (DC 18 wis) in the spring and summer time. You can use this once per moon cycle.

Potted Plant of Sleep and Hypnosis

This colorful potted plant’s effects changes depending on what season it is as detailed below. To trigger the plant’s effects, a creature must water it while its flowers are unblossomed. Undead and creatures immune to being charmed aren’t affected by the plant.

The plant can be destroyed, immediately ending either of these effects (Armor Class of 11 and 2 hit points). If its bulb is collected and replanted in soil from the Feywild, it sprouts a new plant in 5 days. After the plant’s effect ends, the plant will not blossom again for 30 days.

This is just one of the many great ideas I got from the Instagram listing. I’ll be keeping the list open, so keep adding entries to it!

Next up: a ring of mind control!