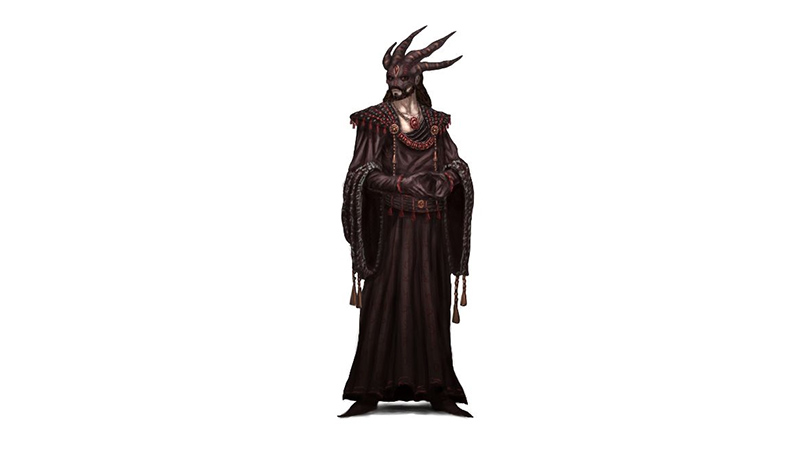 At 1st level, a cleric gains the Divine Domain feature. The following dragon domain option is available to a cleric, in addition to those normally offered.

Dragons are an awesome force in the world, and as such, demand worship. Those who succumb to their whims are sometimes blessed with powers drawn from the draconic might. These dragon priests are often arrogant, stubborn bullies with quick tempers and a tendency towards megalomania.

You gain domain spells at the cleric levels listed in the Dragon Domain Spells table. See the Divine Domain class feature for how domain spells work.

When you choose this domain at 1st level, you gain proficiency with heavy armor. In addition, you can speak Draconic.

Starting at 2nd level, you can use your Channel Divinity to invoke fear in your enemies.

As an action, you present your holy symbol. Each hostile creature within 30 feet of you must succeed on a Wisdom saving throw or become frightened for 1 minute. A creature can repeat its saving throw at the end of each of its turns, ending the effect on itself with a success.

Starting at 6th level, your connection to your dragon grants you special abilities based on the type of dragon you chose at 1st level:

At 8th level, you gain the ability to infuse your weapon strikes with divine energy. Once on each of your turns when you hit a creature with a weapon attack, you can cause the attack to deal an extra 1d8 damage. The damage type is the same as the damage type you gained resistance to at 6th level.

At 17th level, your draconic deity blesses you with special powers related to the dragon type you selected at first level: