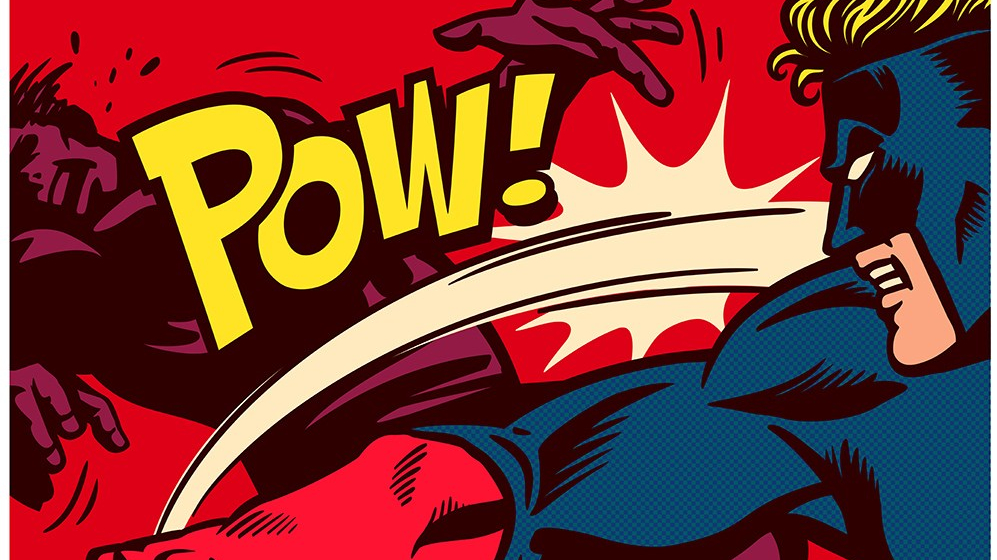 This article series offers details and guidelines for creating a superhero campaign setting using the Fifth Edition ruleset. It is a work in progress, so that may mean that parts of the article may appear at various intervals. At any given time, I’m working on a few different Fifth Edition projects, so there is always the potential that this one gets temporarily abandoned for something more pressing (such as BroadSword Magazine). Sorry, folks. Thems the breaks.

Superheroes aren’t anything new. Sure, they’re getting a lot of recognition these days on the big and small screen, raking in billions in ticket revenue. But superheroes found their roots in popular culture thousands of years ago before even the printed word was common. Consider Hercules or Zeus. Odin and Thor. Fuxi and Shennong. All of these mythological figures were larger than life. They gave the average person something to strive towards. Often, they were the pinnacle of a society’s beliefs in the “perfect self.” They represented more than just strength, dexterity, and constitution. Heroes also demonstrated wisdom, intelligence, and charisma. Sound familiar?

In fantasy roleplaying systems, characters want to be superheroes, too. Sure, they wield swords and cast spells. But in the end, it’s the same as being a superhero? Think about it. They come from humble origins. Early on, the hero experiences a call to action that drives them to leave behind their normal life. They face challenges and slay villains. Over time, they become more than what they originally were.

It’s no wonder that the Fifth Edition ruleset lends itself so well to superheroes.

These days, it feels like these you can’t spit without hitting something related to superheroes. Regardless, if you want to learn even more about superheroes, the best place to start is your local comic shop. DC and Marvel have been putting out superhero stories for close to 70 years each. Of course, if you don’t have the time (or funds) to catch up on your favorite printed superhero stories, 10-15 superhero movies come out every year. It’s a good time to be a fan of superheroes.

The World of Superheroes

The Powerful game assumes that your heroes exist in a somewhat “modern” world. For the average person living in this world, technology is about the same as it is for you. The internet, smartphones, automobiles, and other modern conveniences are a part of daily life for most. Of course, superheroes inject higher technology into the world. And the odd alien invasion isn’t totally out of the question either.

Tonally, superhero stories cover a broad spectrum. Some superheroes are well known and beloved. They fight for truth, justice, and the [insert country here] way. Others keep to the shadows as vigilantes and anti-heroes. These dark souls may even be wanted by the authorities.

A superheroes’ scale varies, too. There are heroes who stick to the back alleys and abandoned buildings of their home town, fighting crime on a street level. On the opposite end of the spectrum, there are heroes capable of defending the entire universe as they travel from planet to planet to thwart evil wherever it appears.

In an effort to provide a complete game, I’ve constructed game rules that are as concise as possible. In general, the Powerful game uses the same rules as Dungeons & Dragons® Fifth Edition. If you have questions about how a Powerful rule works, you can usually find the answer there. You’ll want, at th every least, a copy of the Players Handbook and Dungeon Master’s Guide. GMs may also wish to consult the Monster Manual to find adversaries for your superheroes.