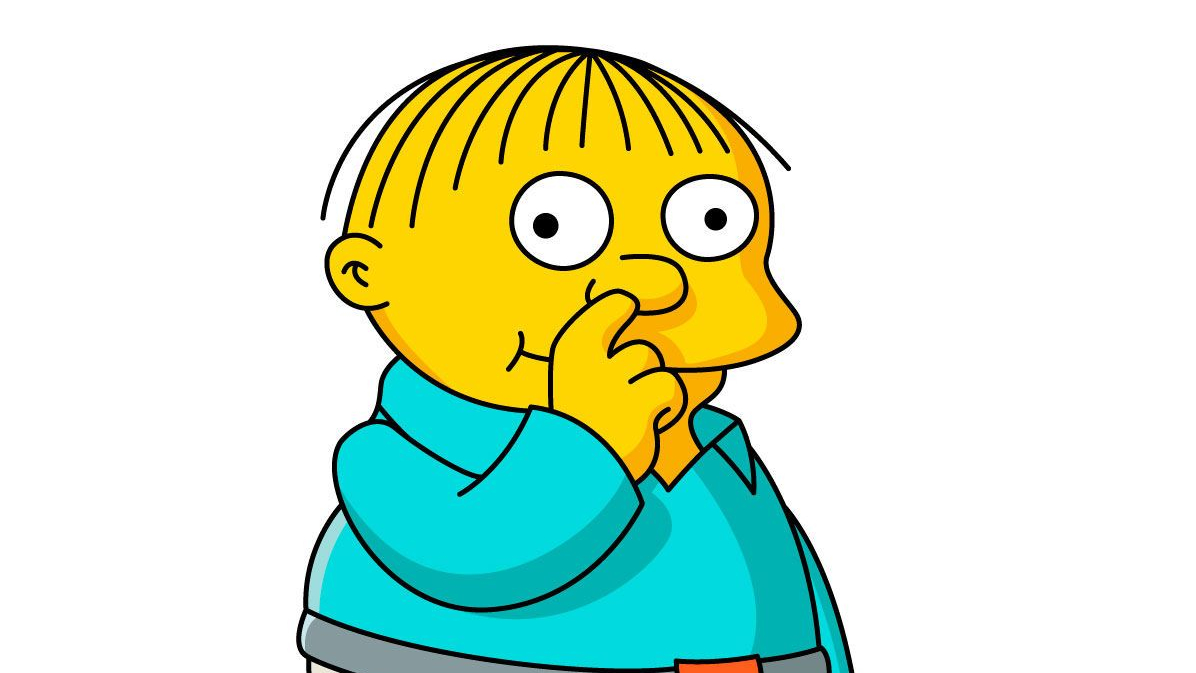 Ralph is a simple-minded but good-natured 8-year-old boy in Lisa Simpson’s second-grade class taught by Ms. Hoover. Although his beginnings were that of a tertiary child character along the same lines as Lisa’s on-and-off friend Janey, he has since become one of the more prominent secondary characters on the show, even being the focus or at least a major character of some episodes.

I Choo-Choo-Choose You. As a bonus action, Ralph targets one creature charmed by Ralph within 30 feet of him. The target begins to dance in its place. A dancing creature must use all its movement to dance without leaving its space and has disadvantage on Dexterity saving throws and attack rolls against it. The creature continues to dance as long as it is charmed by Ralph.

Too Dumb to Trick. Ralph has advantage on Intelligence and Wisdom saving throws.

The Leprechaun Tells Me to Burn Things. Ranged Spell Attack: +3 to hit, range 60 ft., one target. Hit: 5 (1d10) fire damage. If the target is a creature or a flammable object, it ignites. Until a creature takes an action to douse the fire, the target takes 2 (1d4) fire damage at the start of each of its turns.

I’m In Danger. Until the start of his next turn, any time Ralph takes 2 or more damage, the damage dealt to Ralph is reduced to 1 point of damage instead.

My Cat’s Breath Smells Like Cat Food (Recharge 5-6). Ralph targets one creature within 60 feet of him and speaks aloud the phrase “my cat’s breath smells like cat food” or some other absurd non-sequitur (GM’s discretion). The target must succeed on a DC 11 Wisdom saving throw, or become charmed by Ralph until the end of Ralph’s next turn. While the target is charmed, it has disadvantage on ability checks and attack rolls.

Disarming Cry. When Ralph takes damage, he can use his reaction to cry. Each creature within 10 feet of Ralph that can hear him must succeed on a DC 11 Wisdom saving throw or become charmed by Ralph until the end of Ralph’s next turn. While the target is charmed, it has disadvantage on ability checks and attack rolls.