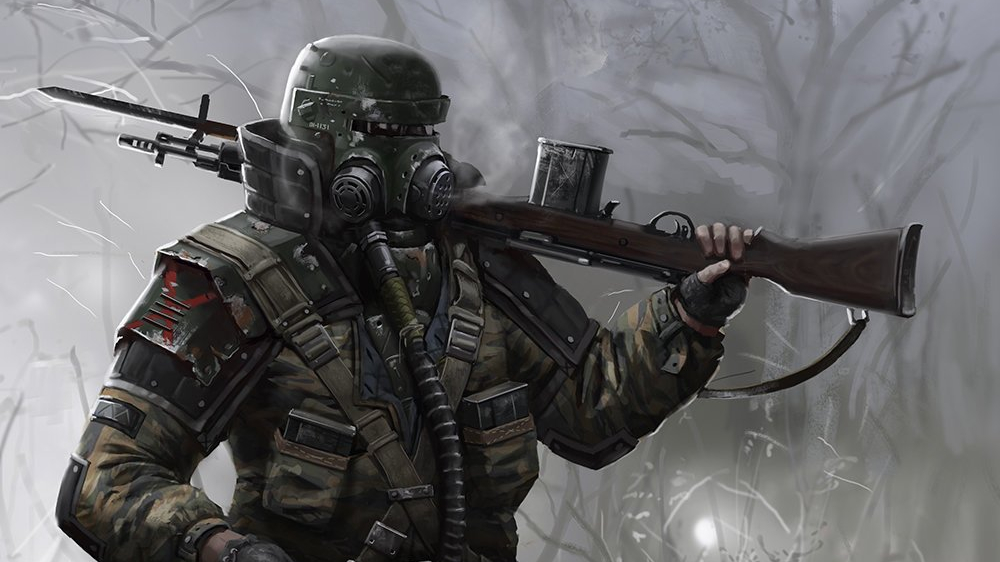 This is part of my ongoing “campaign setting in a bottle”, the Zombie Apocalypse Campaign Setting using Fifth Edition Rules. For more information, be sure to check out the first part of the rules adjustment.

A soldier is a highly trained combatant. They typically serve in armies, but this entry may also serve as a model for mercenaries, soldiers of fortune, or any other skilled modern fighter the characters might come across in ZACS 5e.

Languages any one language (usually regional)

Military Tactics. The soldier has advantage on an attack roll against a creature if at least one of the soldier’s allies is within 30 feet of the creature and the ally isn’t incapacitated.

Automatic Pistol. Ranged Weapon Attack: +4 to hit, range 50/150, one target. Hit: 9 (2d6 + 2) piercing damage. The automatic pistol holds 15 ammunition; after the ammunition is spent, the soldier must use its action or bonus action to reload the weapon.

Automatic Rifle. Ranged Weapon Attack: +4 to hit, range 80/240, one target. Hit: 11 (2d8 + 2) piercing damage. The automatic rifle holds 30 ammunition; after the ammunition is spent, the soldier must use its action or bonus action to reload the weapon.

Burst Fire. The soldier targets a point it can see within 80 feet of it. Each creature in a 10-foot cube centered on that point must make a DC 15 Dexterity saving throw or take 2d8 + 2 piercing damage. Each time the soldier uses its Burst Fire, it uses up 10 ammunition of its automatic rifle.

Hopefully, you’re enjoying the stuff from ZACS 5e. Once I get most of the kinks worked out, a rough prototype in PDF form will be available for FREE on my Patreon.

Not only do you get unlimited access to all the PDFs I create for Patreon, but you can also put in requests for Dungeons & Dragons Fifth Edition content that’ll put you up at the top of the list!

Make a request with DM Dave!