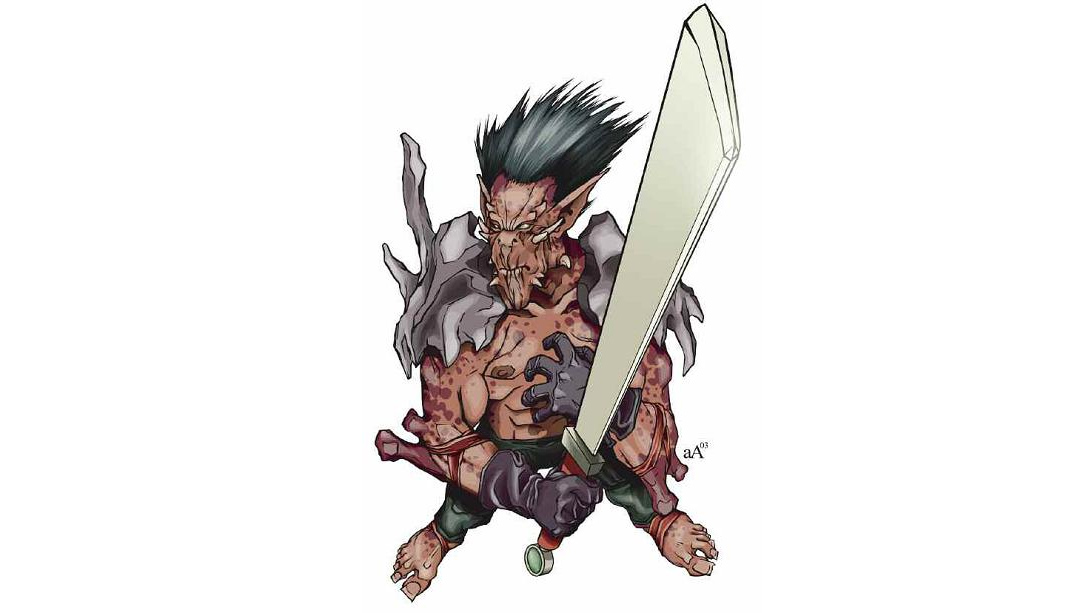 This Dungeons & Dragons Fifth Edition challenge is free for you to use in your personal campaigns. Just not commercially. And the art isn’t mine, borrowed from Wizards of the Coast and unknown sources.

I’ma let y’all all in on a secret: I love the gith.

From their look to their skills to their demeanor, there’s just something cool about them. Famously, the gith graced the cover of the original Fiend Folio way back in 1981 (the year I was born!):

They all have psionic powers out the Wazoo (thanks to their tenure as Illithid slaves, no doubt), carry amazing weapons that can more-or-less instakill a PC noob who’s day-tripping on the Astral, and they fly red dragons.

Now, if you follow my blog, you probably know that I’m not a huge fan of the overpowered stuff in Dungeons & Dragons.

But man, these guys are just too damn cool.

I recently introduced githyanki into my Fifth Edition Dungeons & Dragons setting to sort of guide the PC’s where they needed to go (they were getting frustrated they couldn’t follow my plot threads… probably my bad as a shit DM, I suppose).

The gith were pretty powerful, and my players were smart: they knew better to attack them.

The leader of the githyanki, a half-dragon githyanki knight named Belcrom, did some pretty excellent repartee with the group and made it clear to the PC’s that he didn’t want to start a fight because he couldn’t afford to lose any of his men. Having said that, if the PC’s did take an action, they’d soon regret it. So he gave them free passage on to where they were going.

I originally created Belcrom for a Dyson Logos map I stocked up. But the more I started thinking about him, the more I liked him.

And it’s no coincidence that Keith Ammann recently dropped some bomb diggety tactics for high-level githyanki over on his blog, The Monsters Know What They’re Doing.

Belcrom is truly unique among the gith.

While the relationship between red dragons is cherished among githyanki, Belcrom’s half-breed nature was mostly looked down upon. His father was an adult red dragon named Occiedresz and his mother a powerful githyanki knight in her own right.

Despite his relative Strengths, Belcrom had to fight harder than his peers to earn his position among the githyanki elite. Eventually, he proved himself and was awarded a silver sword for his efforts.

Still, many within his own caste vie for his downfall.

The Search for the Nautiloid

Belcrom’s been tasked by his supreme commander to discover the location of an old Illithid spelljaming ship, a nautiloid.

Supposedly, the ship lies at the bottom of a grand crevasse somewhere on the Sword Coast. He believes it to be under the Neverwinter Mega-delve. So far, though, his progress has been slowed as he keeps running into issues involving adventurers, kruthik, and other annoyances.

Funny note: I created this story about a month before I learned that the upcoming WotC 5e release, Waterdeep: Dungeon of the Mad Mage also had the same plot point. Are  the folks at Wizards of the Coast stealing things from my brain? Damn, mind flayers!

Recently, Ovodrin was killed in combat with a group of adventurers. Mefreen was almost killed, too, but managed to escape in the chaos.

Belcrom and his Men in Combat

Much of Belcrom’s fighting style comes from the tactics laid out in Keith Amman’s original article on Githyanki knight tactics.

Here are the highlights from that article.:

Feel free to read the rest of Keith’s article on his site: Githyanki tactics.

If Ovodrin is with him, then Ovodrin will throw a wrench in the gears of the entire operation. Driven by arrogance and somewhat compulsive (as most red dragons are), he will attempt to take on all of the PCs at the same time. Of course, this is very annoying for Belcrom.

Mefreen, on the other hand, is great at following orders and knows his role. He’ll work similarly to the githyanki warriors, using his pistol from afar to pick off damage dealers.

At will: mage hand (the hand is invisible)
3/day each: jump, misty step, nondetection (self only), tongues
1/day each: plane shift, telekinesis

Silver Greatsword. Melee Weapon Attack: +9 to hit, reach 5 ft., one target. Hit: 13 (2d6 + 6) slashing damage plus 10 (3d6) psychic damage. This is a magic weapon attack. On a critical hit against a target in an astral body (as with the astral projection spell), Belcrom can cut the silvery cord that tethers the target to its material body, instead of dealing damage.

Fire Breath (Recharge 5-6). Belcrom exhales fire in a 15-foot cone. Each creature in that area must make a DC 15 Dexterity saving throw, taking 24 (7d6) fire damage on a failed save, or half as much damage on a successful one.

The players in my Saturday game just killed Ovodrin, Belcrom’s half-brother. So it will be interesting to see how Belcrom reacts.

On the one hand, Belcrom knows Ovodrin was a loose cannon. But blood is still blood, even if it’s half-dragon blood.

If you have any comments or questions, please drop a note below. And don’t forget to sign up to the email list by clicking the button on the right or down in the footer.