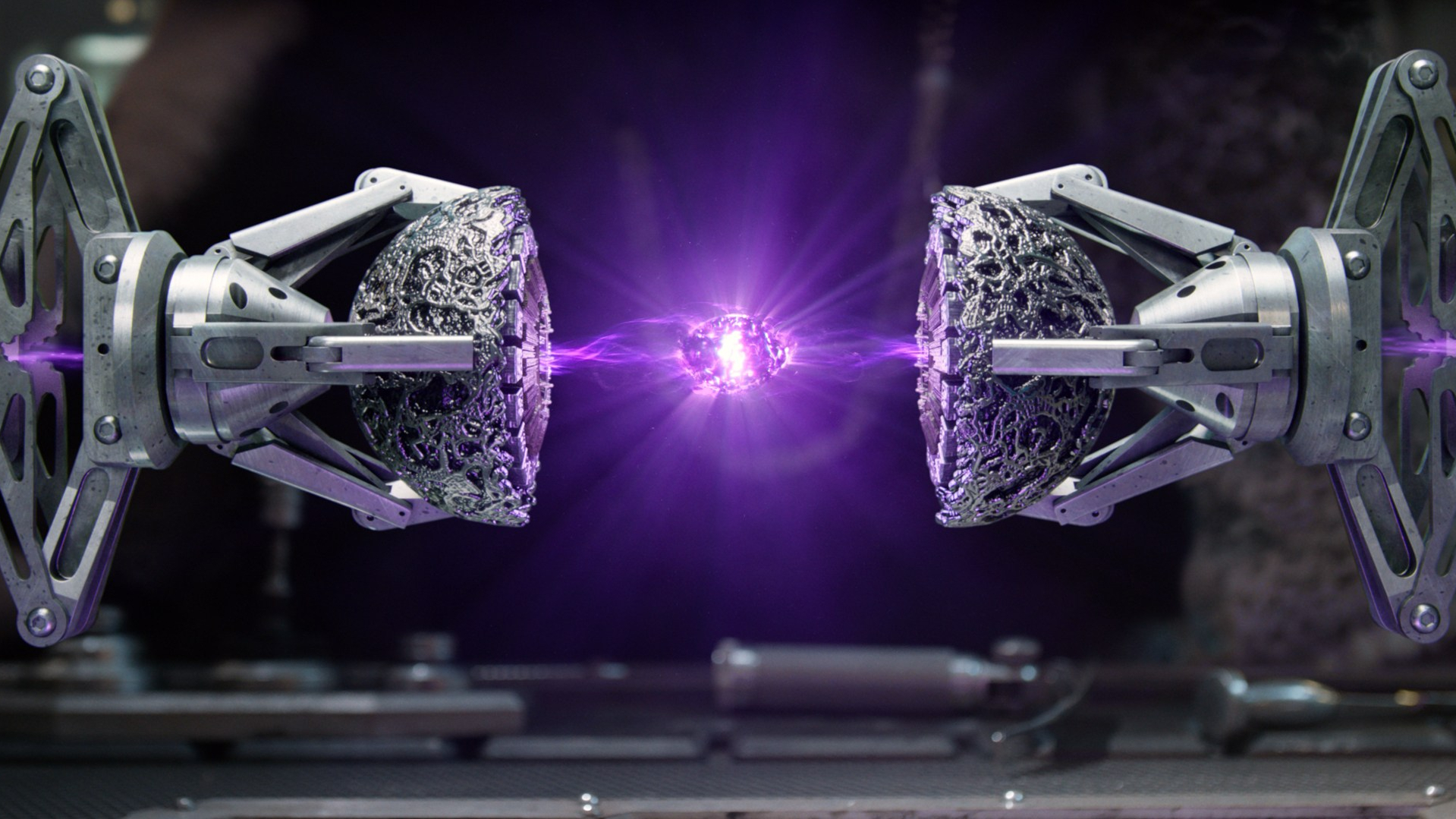 We all knew it’d come to this. Eventually, I’d break down and create the Infinity Stones, the Gauntlet, and of course, everyone’s favorite purple villain, Thanos.

To kick it off, I thought I’d start with the first stone that Thanos collected: the Power Stone.

A note on the broader creation of the Infinity Stone artifacts: in no way, shape or form do I intend to make these things balanced (sorry, Thanos). Should a character (player or otherwise) come into possession of one of these damn things, all hell will and should break loose. Anything less would dishonor the source material.

The Power Stone makes two big appearances in the Marvel Cinematic Universe. First, it appeared in the first Guardians of the Galaxy movie as the film’s McGuffin. Later, it appeared in Avengers: Infinity War as the first stone Thanos collected (off-camera). Also, it’s the one he seemed to favor in the movie, using it to blow up, well, damn near everything.

The Power Stone is raw power. That’s it. Nothing flashy to it. It imbues its user with strength (not that Thanos really needed it) and can decimate entire planets. It can’t be touched by mortals, either, instantly destroying nearly everyone that tries to hold it.

The only balancing act I have in creating this thing is making sure that it’s not easy for just any schmo to use. If you don’t possess the Infinity Gauntlet, have celestial or fiend blood of some sort, or have some other artifact that can withstand its energies, it’s going to wipe you out. Oh, and probably the rest of the planet, too.

In the end, I decided to give the stone’s wielder unlimited use of nearly every force damage or force power activated spell available in the Player’s Handbook along with spells that made sense with what Thanos does in the film (such as using “Bigby’s Hand” to smack away folks). I wasn’t happy with it being “action-based”, therefore, I made it bonus actions, too.

I also wanted to make sure that the stone could wipe out a planet in a couple of minutes. So, yeah, hold the stone to the ground for 20 rounds and poof! The whole planet is gone.

Oh, and you can destroy it, too. The “only problem” with that is that it takes out the entire solar system when you do. Now, you might say, “Hey, Vision’s Mind Stone didn’t cause that much damage when Scarlet Witch blew it up!” First of all, that was the Mind Stone. And the explosion that occurred when Vis was destroyed probably came from the android himself; not the Mind Stone (which, I’m sure, sent out a wave of invisible psychic energy as it went, but that’s a discussion for another time).

Second, this is the freakin’ Power Stone, a literally infinite source of cosmic energy in the universe. Destroying it is like dropping a bajillion atomic bombs all at the same time. So yeah, it’s going to wipe out the entire solar system when it goes. Just be happy that’s all it does.

The Power Stone is a remnant of one of the six singularities which existed before the universe. After the universe came into existence, the Cosmic Entities used the energies of these singularities to forge six immensely powerful objects known as Infinity Stones. Hence its name, the Power Stone represented the destructive nature of the universe and was incredibly powerful, capable of annihilating entire planets. The Power Stone was used by the Celestial being Eson the Searcher to destroy planets and civilizations until it was forgotten inside the Orb for millennia.

It was later in possession of a group of Cosmic Beings who attempted to harness the power of the Stone by sharing its power between them, achieved this by linking themselves together. The effects were short-lived as the energy of the stone disintegrated all nine beings after a few moments. Eventually, the Orb and the stone inside it were hidden on the planet Morag, storing it in a secret tomb that was hidden beneath the planet’s vast ocean. The ocean would recede every 300 years, making the tomb accessible.

Attuning to the Power Stone. To attune to the Power Stone, you must first touch the stone. Each round you are touching the stone you must make a DC 20 Constitution saving throw (if you are a celestial or fiend you make this saving throw with advantage). On a successful saving throw, you take 49 (14d6) force damage. If this damage reduces your hit points to 0 or you fail your saving throw, your body overloads with the stone’s power and you are instantly destroyed, exploding in a burst of brilliant, purple energy. Each creature within 60 feet of you must make a DC 20 Dexterity saving throw, taking 28 (8d6) force damage on a failed saving throw or half as much damage on a successful one. Any creature whose hit points are reduced to 0 from this damage disintegrates as well (but doesn’t explode).

Once you have survived one round touching the power stone, you are deemed worthy by the stone, and you can use your action to place the Power Stone into a specially designed artifact that makes it possible for you to hold and potentially wield the Power Stone. While contained in this way, you do not have to make a saving throw. These artifacts may nullify (the Orb), direct (the Cosmi-Rod), or fully harness (the Infinity Gauntlet) the properties of the Power Stone as detailed below.

The following properties assume you have fully harnessed the Power Stone’s might.

Random Properties. The Power Stone has the following random properties:

Destroying the Power Stone. The stone can be destroyed but it is extremely difficult to do. The stone itself has an AC of 30 and is immune to all forms of damage except for force and radiant. The stone has 300 hit points and it regains 30 hit points each round on initiative count 20 if it has at least 1 hit point remaining. When the stone is destroyed, it causes a massive explosion of force energy, instantly disintegrating everything around it within a 94 billion mile radius. Creatures and objects immune to force damage are unaffected by the blast.

Even if the Power Stone is destroyed, there is a 10% chance every 1,000 years that it reforms, regains all of its hit points, and reappears in a random location somewhere in the universe.

Want more? Become a Patron and make a request!

While I’m working on my book this month and probably the next couple months, I’ll only be doing requests from my Patrons and those I offer up in contests and promotions related to the book.

Having said that, any Patron at the $10 threshold can request to have the next Infinity Stone created. Normally, I’d say “pick your favorite”, but of course, it’s going to be the Space Stone. 😉

19 thoughts on “Stat Anything: The Power Stone, First of the Six Infinity Stones | Artifact for Dungeons & Dragons Fifth Edition”