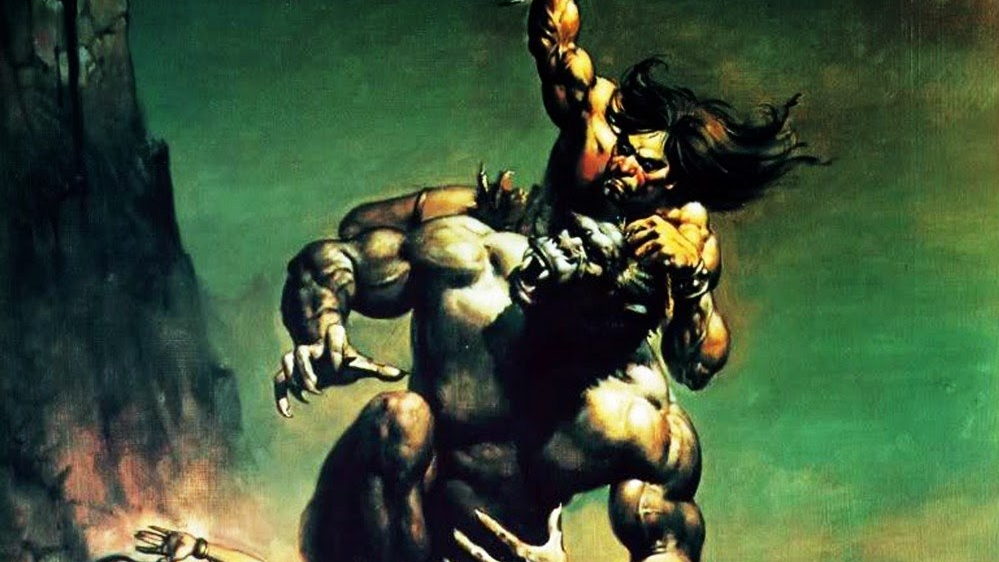 This article series details Sword and Sorcery in Fifth Edition and how you can implement it in your own games. It is also part of BroadSword Magazine, so if you are a subscriber and don’t wish to be spoiled, steer clear. In addition, this is not the final form of the content. Just the staging ground so I can start getting feedback on the material from Patreon and Reddit (similar to the way that WotC tests new material in their Unearthed Arcana series). Once I’ve done so, it will be removed from the site.

The two subclasses listed below are available for characters to choose in addition to those normally offered.

Some barbarians are guardians. Others find their place in nature. Then there are those who seek only to destroy and conquer. These barbarian destroyers use their rage as a tool for unfettered violence. There are destroyers that dread this path, regretful of what they become when consumed by the fire inside. Others, however, enjoy the darkness and embrace it. “Crush your foes. See them driven before you. Hear the lamentations of the women.”

At 6th level, your attacks deal double damage to objects and structures. In addition, you have advantage on Strength checks made to break objects.

Beginning at 10th level, you exude an aura of fear that intimidates your foes. As an action, you force each creature of your choice that you can see within 10 feet of you to make a Wisdom saving throw (DC equal to 8 + your proficiency bonus + your Charisma modifier). On a failed save, a creature becomes frightened of you for 1 minute. The frightened creature can repeat this saving throw at the end of each of its turns, ending the effect on itself with a success. Once you use this feature, you can’t use it again until you complete a long rest.

Sure, it sounds redundant, don’t it? A rogue “sneak.” Hell, they’re all sneaks, ain’t they? But the rogue sneak is a thief that’s embraced its nature. There’s no excuse for what they do and they know it. Stealing things? Bring it on. Breaking and entering? Don’t mind if I do! Hiding in the shadows and sniping at foes? Gladly.

Starting at 3rd level, you can use your bonus action to make a single weapon attack against a target as long as you use a ranged or finesse weapon. If the attack hits, you deal 0 damage. You then have advantage on attack rolls against that target until the end of your turn.

At 3rd level, it is nearly impossible to detect a weapon that’s hidden on your person. You have advantage on Dexterity (Sleight of Hand) checks made to conceal a carried weapon. The concealed weapon can weigh no more than 2 pounds.

By 9th level, you’ve become a master of scams and cons, allowing you access to deeper pockets and heavier purses. If you use your action to make a Charisma (Deception) check contested by a target that is within 5 feet of you’s Wisdom (Insight) check and succeed on the contest, you can use your bonus action to make a Dexterity (Sleight of Hand) check with advantage against the same target to pick its pocket without it noticing.

At 13th level, it’s almost impossible to bind you. You can have advantage on ability checks to escape from nonmagical restraints such as manacles or a creature that has you grappled. In addition, you can pick locks even without the use of thieves’ tools. As long as you have a capable implement–such as a hairpin, a fork, or another small object (DM’s discretion)–you can make a Dexterity (Sleight of Hand) check to pick the lock instead of a Dexterity check using thieves’ tools.

Beginning at 17th level, if you make an attack roll against a target that you can see and miss, you have advantage against that same target until you hit it. Once you do so, you can’t use this feature again until you finish a short or long rest.

Next: Part 3. The Castle of Chaos Setting