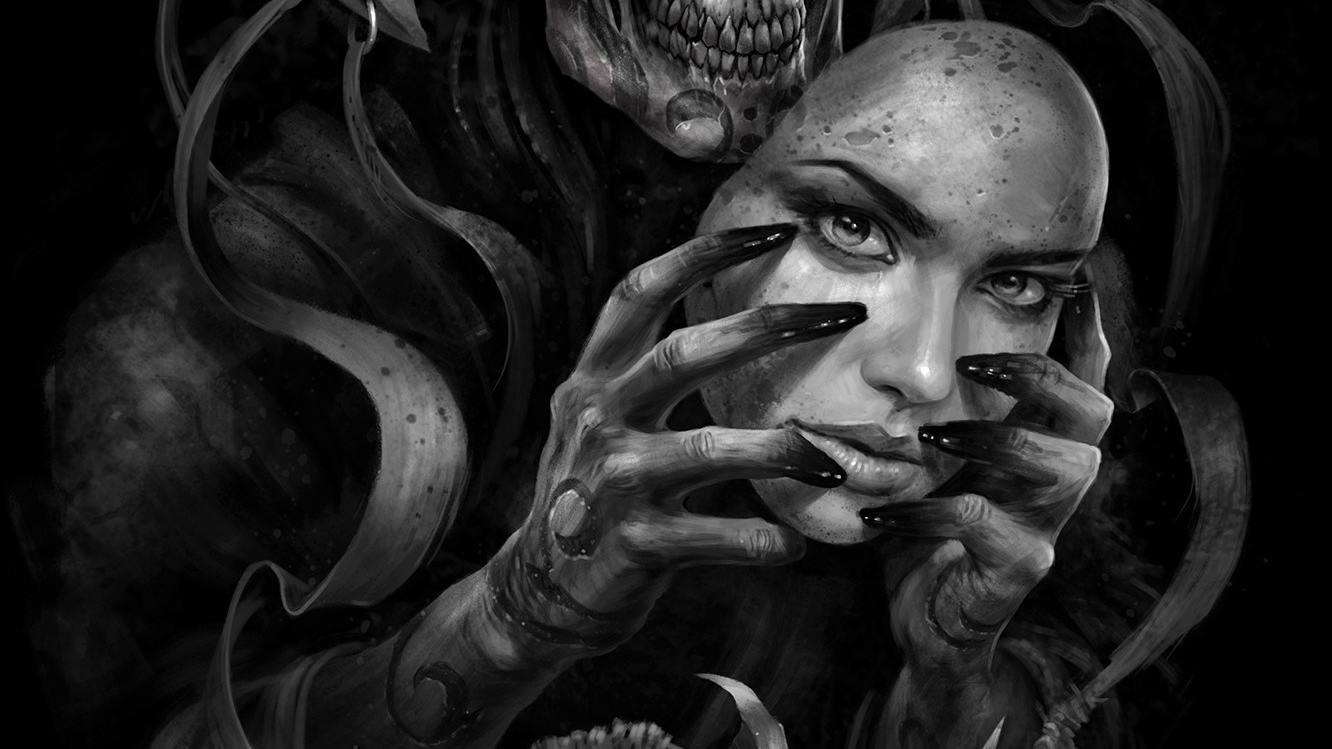 Anyways, I kicked things off with wrath. I knew that I wanted it to be a weapon, and honestly, I couldn’t think of anything more wrathful than a hammer.

Got a request? It’s FREE! Learn more on the Request Information Page.

The Mask of Lust was crafted by none other than the Demon Prince of Undead, Orcus. It was given to his greatest worshippers as a powerful tool to control mortals. It oozes charm, driving onlookers mad with emotion, particularly lust. Some have confused its powers with that of Wrath or Envy, believing that the anger derived from unfulfilled desire could only be a byproduct of those artifacts.

Like the other Seven Deadly Sins artifacts, the mask is cursed. It slowly drains away at the user’s natural beauty and sense of self until nothing is left but a catatonic, horrific mess of a creature. Only when its owner wears the mask are they immune to this debilitating condition.

Random Properties. The Mask of Lust has the following random properties:

Adjusted Ability Scores. If you are attuned to the mask and wearing it, your Charisma score increases by 4 to a maximum of 24.

Subjective Beauty. If you are attuned to the mask and wearing it, you appear as the object of another creature’s desire. The mask makes you–including your clothing armor, weapons, and other belongings on your person–look different to the viewer. You can seem 1 foot shorter or taller and can appear thin, fat, or in between. You can’t change your body type, so your appearance must adopt a form that has the same basic arrangement of limbs, but you can appear male or female as needed. While appearing this way, you have advantage on all Charisma ability check made against a creature that sees you as an object of its desire. Any creature that interacts with you or discusses your appearance with a creature that sees you differently must make a Wisdom saving throw (save DC 18). On a failed saving throw, the creature disbelieves the evidence and continues to see you as an object of its desire. On a success, the creature sees you for what you truly are.

Enthralling Visage. If you are attuned to the mask and wearing it, any creature that can see you must make a Wisdom saving throw (save DC 18). On a failed saving throw, the creature is charmed by you. While charmed in this way, the target idolizes you, it speaks glowingly of you to anyone who talks to it, and it hinders anyone who opposes you, although it avoids violence unless it was already inclined to fight on your behalf. The target can repeat its saving throw in 1 hour, if you attack it, or it witnesses you attacking or damaging any of its allies. If a target succeeds on its saving throw, the target has no hint that you tried to charm it. A creature that succeeds on its saving throw or the effect ends for it is immune to this effect for the next 24 hours.

Command the Lustful. While you are attuned to the mask and wearing it, you can use an action to cast the dominate monster spell on a charmed target (save DC 18). If the target succeeds on its saving throw, it is no longer charmed by you. You can’t use this property again until the next dawn.

Big shout out to my Patron, Jesse, who came up with this idea. Next up, I’ll be creating the Skull of Envy which should be fun. Haha!

If you’d like one of your requests made, be sure to check out the requests page.