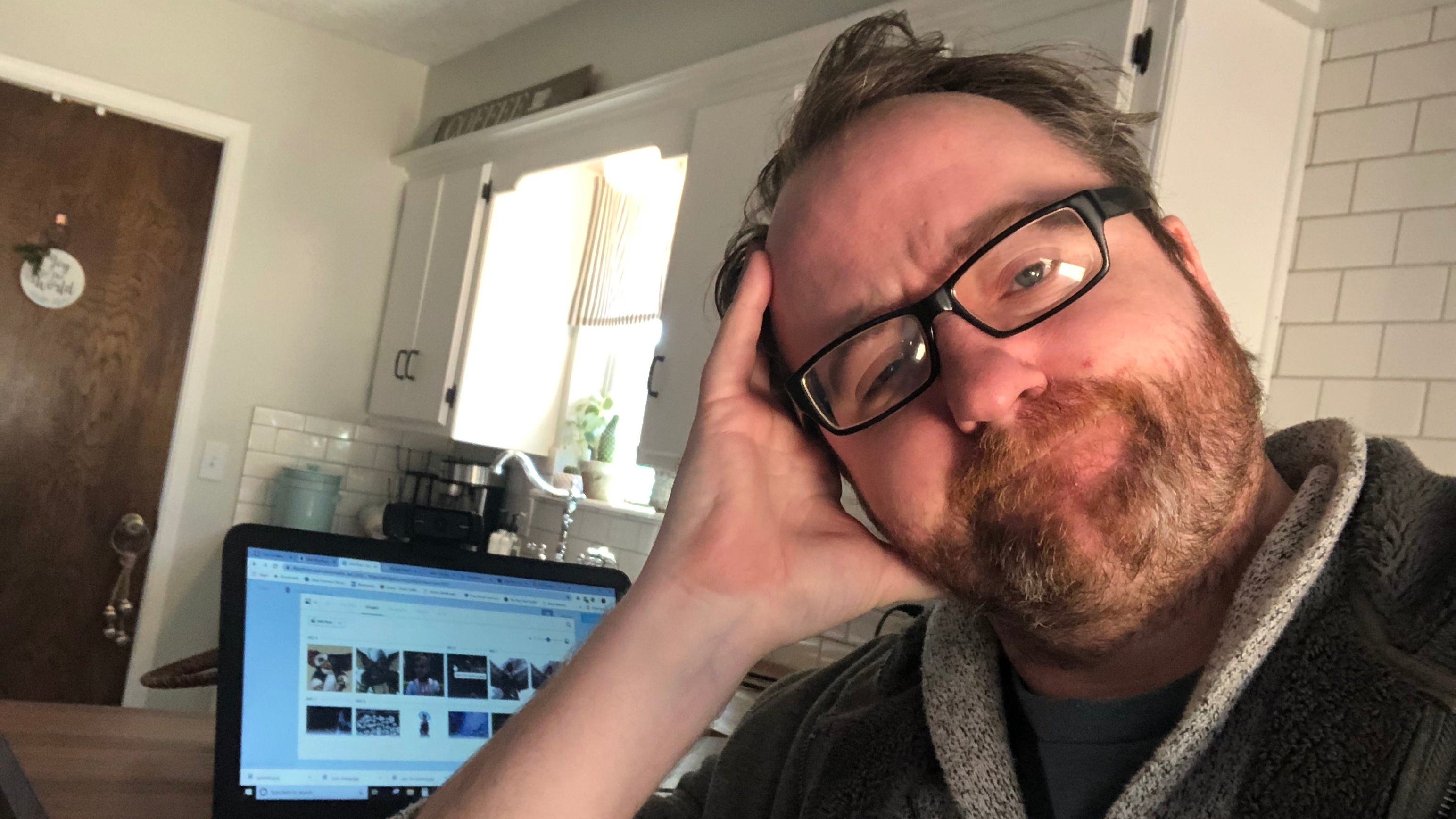 It’s hard to believe that the movie Little Miss Sunshine came out 12-years ago in 2006. Makes me feel old AF. While I don’t remember a lot about the movie, there was a line from it that’s stuck with me ever since.

In one scene, Paul Dano (in his breakout role) is having a discussion with  (pre-fame) Steve Carrell. Dano’s character is obsessed with getting into the Air Force academy so he can fly jets. However, he learned that as a colorblind person he would not get accepted to fly jets. Of course, this was devastating to him. The guy had actually taken a vow of silence to keep himself mentally focused on his goal.

While speaking with Carrell, he offered up the following wisdom (emphasis mine):

You know what? Fuck beauty contests. Life is one fucking beauty contest after another. You know, school, then college, then work, fuck that. And fuck the air force academy. If I wanna fly, I’ll find a way to fly. You do what you love, and fuck the rest.

I don’t know what it is, but those are words I’ve lived by for a while.

This coming January, I’ll be eight years sober. It’s been a fun journey since then and I’ve accomplished a ton. Beyond getting my life together and landing the job that I want, I also married an awesome woman who somehow puts up with all my bullshit. And together we created the coolest little dude in the world, Mr. Jack Hamrick.

When I sobered up, I decided that I was tired of going wherever life (and booze) took me. I was determined to do something I enjoy and (hopefully) get paid to do it.

In 2015, I quit working for other people. It was pretty cool to get free of the chains of employment. I had an Amazon business that was doing a lot better back then and I taught myself how to build websites.

It was a tough journey and one that eventually ended with me going back into the workforce. Womp womp.

Fortunately, the job that I did get was a professional writer for a tech company. It’s 100% remote and it’s a lot of fun. Most days it doesn’t even feel like a real job.

I write. A lot. On an average day, I probably put up about 5,000 words worth of content spread between my day job and here on the blog. And a lot of times this doesn’t even count the non-starters you never see, the content I write for my own D&D campaign, etc. But you know what?

I love writing. Like, there’s no point in the day where I’m like, “Eh, fuck writing.” I live, breathe, eat, sleep it. The only time I take off is when it’s family time (Jack and Tracy are my #1 priorities) or when I sleep. And if you haven’t noticed, I’m a bit of an insomniac.

10 Philosophies on Being a Professional Creative

I wouldn’t call myself “successful.” I think what most people normally consider “successful people” are those that take selfies on the hoods of Lamborghinis and stand in front of mansions or “make it rain”, etc.

But I am someone who gets to do what I love for a living. Therefore, there are a few things I’ve learned during these last few years that I think could help others like me learn how to be successful doing what they love, too.

Of course, I could be wrong. What the fuck do I know? I’m just a hack-ass writer! 😉

The stupidest expression in the world is “fake it ’til you make it.” Now, I think that some people believe that means to act a certain way before you have something to show for it. But in my mind, “fake it before you make it” means people who call themselves writers… but don’t write. Or people who call themselves artists, but didn’t draw anything that day. Musicians that don’t practice. And so forth.

If you want to be successful doing what you love, then you need to do that thing. A lot.

If you want to be an illustrator and the idea of painting or drawing at least 2 or 3 images in a day stresses you out, then you don’t want to be an artist.

Same goes if you’re a musician, a poet, film director, or anything else.

Sure, you can take days off, but you have to constantly produce.

If you need inspiration on getting it done, be sure to listen to what Shia LaBeouf has to say about it.

I post a lot of my stuff on Reddit. Sure, it drives a little traffic, but mostly it helps me learn as a creative. Okay, sure, not all the feedback is great. And frankly, a lot of it is harsh. There are no “shit sandwiches” on Reddit (when you wrap constructive feedback with positive words). It’s just straight up, “Yo, this sucks, and here’s why.”

But you know what? That’s how you fucking grow as a creative. Yeah, it’s scary AF. But you’ve got to take criticism or else you’ll never learn and you’ll continue to sit in the same shitty spot career-wise forever.

This one is probably a little controversial, but the fear that people have of selling their own content is ridiculous.

Oh, and the people who get mad about having stuff sold to them are just plain idiots. Those people can fuck right off. Look, the bagels and coffee are always free, but you’re going to have to listen to a sales seminar in order to enjoy them, buddy.

Now, this isn’t to say you need to be in people’s faces 24-7. We live in a “permission-marketing” economy. That means you need to offer way more than what you ask for if you ever want to succeed. Gary Vaynerchuk, marketing legend, calls this “jab jab jab right hook.”

Does selling suck? Yes! Absolutely! Nobody likes to sell except for sociopaths. I sold cars for three years and I can honestly say that it’s the shittiest career path I’ve ever had in my life–and I was awesome at it! But if you’re going to succeed and get paid to do what you love, then you’ve got to suck it up and sell, baby!

#4 – You need to keep learning (and not just about your creative medium, either).

To succeed as a creative, you have to learn a lot about a lot. Otherwise, you’re going to end up either screaming at a wall or dying a slow death in obscurity. This doesn’t mean going back to school either. I suggest reading books, but if you’d prefer, there’s plenty of videos online you can watch, too. Podcasts, audiobooks, whatever!

Some things you should try to learn a little about include: sales, communication, design, psychology (useful to get into people’s heads), marketing, computers, business, and finance. It might seem like a lot, but all you have to do is learn a little at a time.

Yo, there’s going to be haters. There’s an old marketing adage that I love: “if you haven’t pissed someone off before noon, you’re doing it wrong.” There’s always going to be people who don’t like the things you do. And as you get more successful, the more you’re going to run into.

Never let it derail you!

And learn to know the difference between trolls and critics. A critic will help you grow. A troll just wants a reaction out of you. Personally, I deal with trolls by responding with sarcasm and jokes. Because fuck ’em. They just want to make you mad which gives them an emotional high. And they’re sad, pitiful people who don’t deserve your time. Demonstrate that they don’t bother you and you’ll always win.

#6 – Double down on what works and fuck the rest.

The learning process is about constantly improving your craft (philosophy #1). And improvement comes through criticism (philosophy #2). You can combine these two ideas to get better at what you do.

Whenever I create something I get feedback to see how well it did. Feedback comes in a number of ways:

This not only applies to my writing, but also to marketing methods I use, how I communicate with people, and more.

The moment you stop being cool to people is the moment you’ve decided you’ve grown enough as a creative. Yeah, there are exceptions to this rule (there’s plenty of famous people in the world who are just plain awful). But for the most part, your reputation is everything.

Unless they’re obviously being a troll to you, treat everyone as you would treat your own kid. If you don’t have a kid, treat them like a pet. If you don’t like animals then fuck you, animals are awesome.

Like Lady Gaga said during her interview with the Dalai Lama, “The really fantastic thing about kindness is that it’s free. And it can’t hurt you or anybody else.”

Don’t be afraid to hide who you are and what you care about. Yeah, some people might not like some of your opinions, but others will respect you a lot more if you put it all out there for others to see and hear.

When I was growing up, I was afraid to admit that I loved Dungeons & Dragons. Shit, I probably didn’t even admit it until I was in my early ’20s. What a mistake I made!

Of course, now, it’s a big part of my life. And I love talking about it. And you know what? If you talk about D&D to someone who’s never played before, nine times out of ten they’re interested in it. Because it’s fun as shit, right?

Always always be you. Even if you’re weird or funky or have a weird sense of humor, be that person you were born to be.

This blog has 1,500 daily visitors. And for that I am thankful! I worked my ass off for the last five months to get there. But back in August I only had one fan. And that was enough for me. Because I knew that so long as I could keep that person reading then I was doing what I was supposed to do.

Gary Vaynerchuk said “1 > 0.” Even if you have one person that’s following, that’s way better than nothing. Don’t worry about getting a million YouTube subscribers or 10,000, or even 100. Just worry about making that one person happy. You do that and the rest will follow.

Finally, you’ll never get anywhere without the help of others. Always always always be thankful. Always remember where you came from. Always say yes to requests (even if you’re slow to get to them). Always talk to people in your Instagram or Facebook DMs. Always help out others that are not as successful as you but show promise (and you can see following some of these philosophies).

And not just to the people who are giving you money!

You can’t expect everyone else in the world to help you if you don’t help them. And if there’s a reason you can’t help them, just be honest with them. They might not like what you tell them but remember: criticism is important for growth.

Let me get off my fucking high horse now. Haha! Hopefully, this message is helpful to those of you out there that are creatives who want to find a little more success in what you do.

I could be full of shit (okay, I know I’m full of shit), but many of these philosophies I’ve seen duplicated in others and they’ve always led me the right way.

Let me know what you think down in the comments.

And remember: do what you love and fuck the rest.