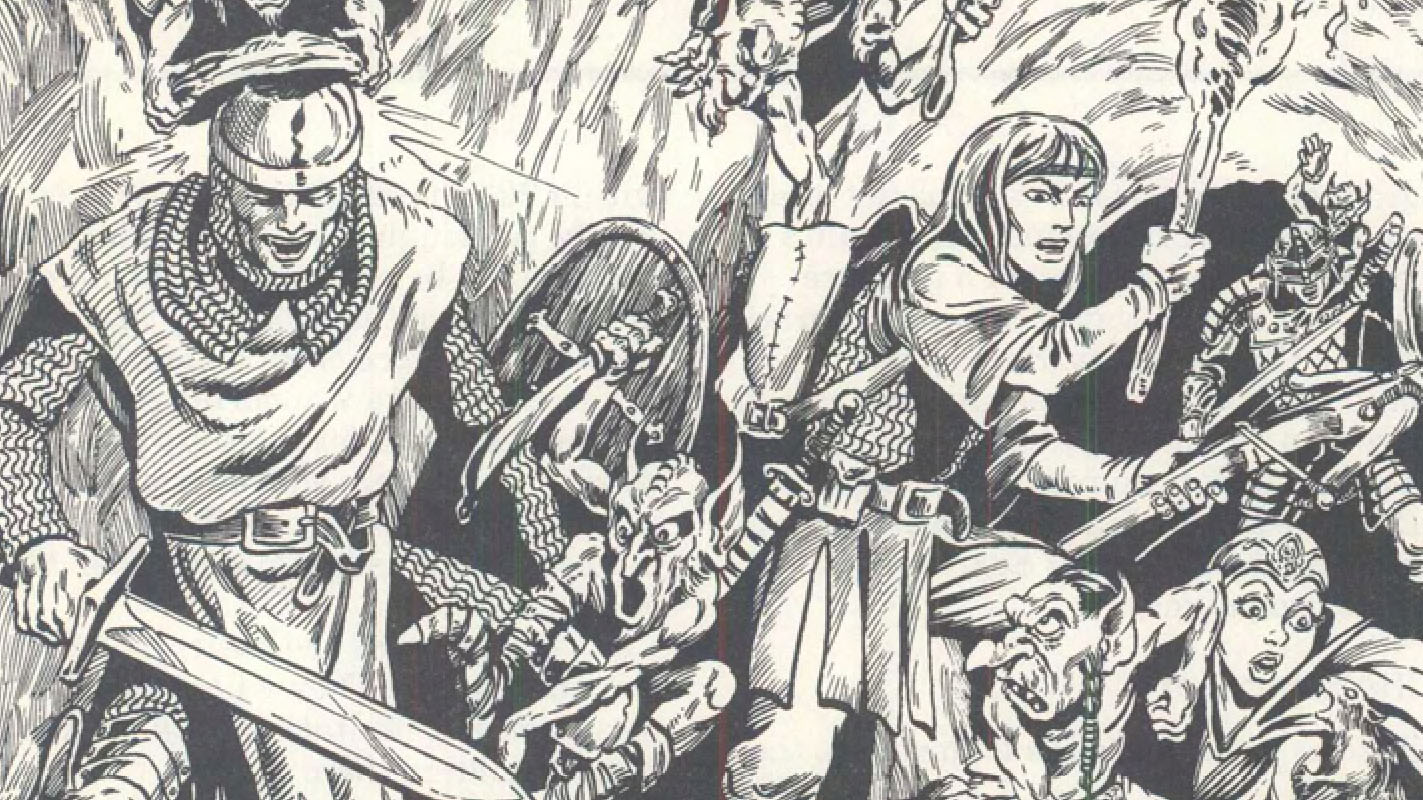 Tiny creatures don’t get a whole lot of love in Fifth Edition. Recently, I revamped a classic Dungeon magazine module, Mountain Sanctuary. The antagonists of the adventure were primarily diminutive creatures that appeared in the first edition fiend folio and Monsters Manual 2: cave crickets, osquips, gremlins, and spectramice.

I felt that it was time to cook up some new tiny bad guys.

The basically harmless giant cave cricket is typically only a noisy insect pest.

Chirp. The cricket creates a deafening chirp. While chirping, no sound can be heard within 20-feet of the cricket. Creatures are deafened while within this area and casting a spell that includes a verbal component is impossible here. The cricket must take a bonus action on its subsequent turns to continue chirping. The chirping ends if the cricket is incapacitated.

Small bipeds, light brown in color and with particularly high dexterity, gremlins live in small passages adjoining dungeon corridors. The entrances to these tunnels are small and usually concealed behind piles of loose stone, making them difficult to detect. They are totally silent and move with great speed, frequently surprising their targets.

Their sole objective in leaving their tunnels and approaching a party of adventurers is to steal small items of treasure – gems, coins, pieces of jewelry, small weapons and the like. They will never attack and will avoid physical combat if they possibly can.

Different variants of gremlins exist including snyads (pesties), mites, and jermlaines. Gremlins have no language, so far as can be ascertained, yet a group will work co-operatively together, and they and the mites appear to be able to gain speedy mutual understanding in their common task.

Tiny Thief. The gremlin can take the Disengage, Hide, or Sleight of Hand action as a bonus action on each of its turns.

The osquip is a multi-legged hairless rodent-like creature the size of a small dog. Most specimens have 6 legs but some have eight and there are a few rare creatures with ten legs. The creature’s hide is a very light yellow – almost colorless – and resembles very pliable leather. The eyes are small and set close together, each being heavily protected by surrounding ridges of hide-covered bone. The jaws are unusually large, the entire bony structure projecting several inches forward of the flesh; in each jaw, there are large spade-like teeth.

The creature will have its lair in the midst of a complex of tunnels beneath the basements of buildings in a town, or in a dungeon. The tunnel system will be quite extensive and the entrances to it, which are too small to permit the comfortable passage of a human or other man-sized creature, will be carefully hidden (the chance of finding them is the same as the chance of finding a secret door). The creature feeds on rats, mice, and other small vermin, though it is a ferocious beast and will always attack without fear, sometimes emerging to surprise a victim from one of the hidden entrances to its tunnel-system.

Its behavior regarding other tunnel dwelling creatures, such as jermlaine, mites, and snyads, is unpredictable. Sometimes it will be encountered acting in co-operation with one or more of these types of creatures; at other times the osquip will invade jermlaine, mite or snyad tunnel-systems on predatory missions.

The spectramouse — also known as the terror mouse and illusion mouse — appears to be a perfectly normal rodent of the albino sort. Curiously, all recorded specimens have been albino; this leads many sages to speculate that there is a connection between the lack of pigment and the creature ‘ s magical powers. Spectramice are generally peaceful herbivores, concerned only with food, shelter, and reproduction.

Perhaps as a result of a magical mutation, these intelligent rodents can utilize remarkable powers of illusion when provoked. When more than one spectramouse is encountered, the group is able to cooperate and create even more potent phantasms.

It appears that spectramice communicate through squeaking sounds. Judging by the complexity of some illusions that have been witnessed, this squeak-language must be very complicated. It is believed to have subtle pitch inflections, unable to be distinguished by human ears, that can convey much information very quickly.

Keen Smell. The spectramouse has advantage on Wisdom (Perception) checks that rely on smell.

Innate Spellcasting. The spectramouse’s innate spellcasting ability is Intelligence (spell save DC 11). It can innately cast the following spells requiring no material or somatic components:

Keen Smell. The swarm has advantage on Wisdom (Perception) checks that rely on smell.

Swarm. The swarm can occupy another creature’s space and vice versa, and the swarm can move through any opening large enough for a Tiny spectramouse. the swarm can’t regain hit points or gain temporary hit points.

Innate Spellcasting. The swarm’s innate spellcasting ability is Intelligence (spell save DC 11). It can innately cast the following spells requiring no material or somatic components: