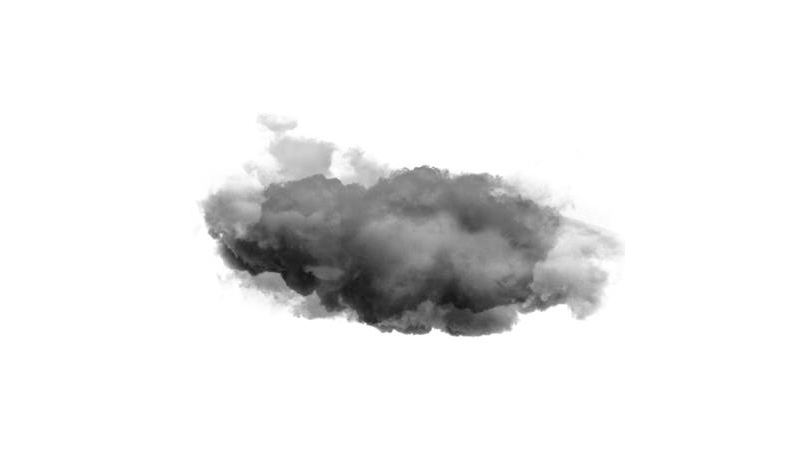 The trilloch is an extraordinarily uncommon creature that originally hails from the Negative Energy Plane but is encountered only as it wanders other planes. However, most folks wouldn’t notice it, as the monster is invisible and almost imperceptible. Only a detect magic spell cast within 60 feet of a trilloch reveals its unique aura – a pulsating ripple of negative every with no fixed size, shape, or even color.

A trilloch isn’t so much an opponent as it is a force. The thing can’t make physical attacks against a foe, nor can it be physically harmed by an attacker. Its focused essence is an energy mass from 2 to 6 feet in diameter, but its actual presence occupies a 60-foot-diameter sphere. The trilloch can feed only from sources that fall within this zone. And as it consumes the life force of the dying, it must either find an expiring creature or cause one to die. Thus, unable to harm anything directly, the beast tries to influence events to bring about death.

First of all, the trilloch amplifies the deadly potential of all combat that occurs within its 60-foot sphere of influence.

Second, the trilloch encourages violence. Beings of low Intelligence that are within 60’ of the pulsating creature begin attacking whatever is near. Smarter sods can make a saving throw versus spell to resist the effect, but if they fail the roll, they try to attack anything they can, friend and foe alike.

‘Course, even after the violent compulsion fades away, some barks might continue fighting on their own – which is what the unseen trilloch counts on.

As noted above, a detect magic spell is the only means of discovering the presence of a trilloch, and only if cast within 60’ of the creature’s central essence – which means that the spellslinger must be within the trilloch’s sphere of influence. The monster can be “fought” in two ways: dispel magic drives it off, and an appropriate banishment (or singular spell) sends it back to its home plane.

Though utterly solitary in its existence, the trilloch often attaches itself to another creature – without the creature ever even realizing it. This “host” is usually a powerful beast or something capable of dealing death efficiently and regularly. The invisible trilloch follows it around and feeds upon the dwindling life force of its victims. If the beast itself passes into the dead-book, the negative-energy being moves on, often following the slayer (if any) of the original host.

A body should note that the trilloch has only animal Intelligence and is not malicious. It doesn’t delight in causing pain – fact is, it derives nothing from a creature’s suffering. Even if a being dies without any pain, the trilloch can still consume the waning life force. Simply put, it feeds on other creatures just as any predator might, even though its methods are a little different. Nonetheless, most folks have a difficult time not looking upon the trilloch as an evil beast.

What is a trilloch’s ecology?

The trilloch is defined by what it feeds upon. It’s more specialized than other creatures of the Negative Energy Plane in that it eats the life energy of beings that’re already dying. In other words, unlike some natives of the dark plane, trillochs don’t drain life force on their own. They merely use their powers to bring about the death of others in order to feed.

The trilloch’s victims don’t need to be extremely intelligent creatures, but only higher organisms provide enough life energy to sustain the invisible predator. Microorganisms, normal insects, tiny worms, and the like aren’t enough, but pretty much everything else fits the bill.

Aura of Violence. The trilloch emits an aura that causes creatures within 30 feet of it to act violently. Each creature in this area must succeed on a DC 11 Intelligence saving throw or become magically charmed by the trilloch. A creature charmed in this manner must use its action before moving on each of its turns to make a melee attack against a creature other than itself or the trilloch. In addition, all of the charmed creature’s attacks are made with advantage and it deals one extra die of damage on each of its attacks and the creature’s skill checks and saving throws are made at disadvantage. A creature can repeat the saving throw at the end of each of its turns, ending the effect on itself on a success. And if the target leaves the trilloch’s area of influence, the effect ends for it. If a creature’ saving throw is successful or the effect ends for it, the creature is immune to all trillochs’ Aura of Violence for 24 hours.

Ephemeral. The trilloch can’t wear or carry anything.

Incorporeal Movement. The trilloch can move through other creatures and objects as if they were difficult terrain. It takes 5 (1d10) force damage if it ends its turn inside an object.

Perfect Invisibility. The trilloch has no actual physical form and is invisible even to truesight or other magical effects that would otherwise perceive it (such as a Devil’s Sight). Only a detect magic spell can reveal its position.

Consume Life. The trilloch can target one creature it can see within 5 feet of it that has 0 hit points and is still alive. The target must succeed on a DC 10 Constitution saving throw against this magic or die. If the target dies, the trilloch regains 3 (1d6) hit points.

If you’re a fan of the site and there’s anything that you’d like to see, be sure to let me know in the community section or drop me a message.

Be sure to check out the Patreon page. For just $3 per month, you get daily, exclusive content not available here on the site. In addition, once per month all of the content from Patreon and the blog will get turned into a book which all patrons get for free!

If you have any questions, comments, or ideas, let me know down below. And if you’d like some more FREE monsters, adventures, and player options, be sure to follow along with the blog by signing up to the newsletter (link to the right sidebar or down in the footer).