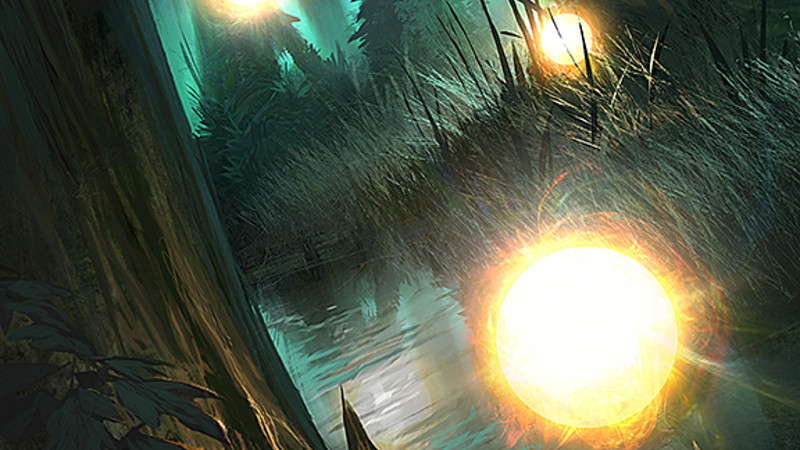 Will-o’-wisps are malevolent, wispy balls of light that haunt lonely places and battlefields, bound by dark fate or dark magic, to feed on fear and despair.

Consume Life. As a bonus action, the will-o’-wisp can target one creature it can see within 5 feet of it that has 0 hit points and is still alive. The target must succeed on a DC 13 Constitution saving throw against this magic or die. If the target dies, the will-o’-wisp regains 10 (3d6) hit points.

Limited Magic Immunity. The will-o’-wisp can’t be affected or detected by spells of 6th-level or lower unless it wishes to be. It has advantage on saving throws against all other spells and magical effects.

Ephemeral. The will-o’-wisp can’t wear or carry anything.

Incorporeal Movement. The will-o’-wisp can move through other creatures and objects as if they were difficult terrain, it takes 5 (1d10) force damage if it ends its turn inside an object.

Variable Illumination. The will-o’-wisp sheds bright light in a 5- to 20-foot radius and dim light for an additional number of feet equal to the chosen radius. The will-o’-wisp can alter the radius as a bonus action.

Shock. Melee Spell Attack: +7 to hit, reach 5 ft., one creature. Hit: 18 (6d8) lightning damage and the target must make a DC 13 Constitution saving throw. On a failed saving throw, the creature is stunned until the start of the will-o’-wisp’s next turn.

Invisibility. The will-o’-wisp and its light magically become invisible until it attacks or uses its Consume Life, or until its concentration ends (as if concentrating on a spell).

The advanced will-o’-wisp is featured in the Heart of the Iron God adventure.