10 Dungeon Master Philosophies to Live or Die By [NSFW] 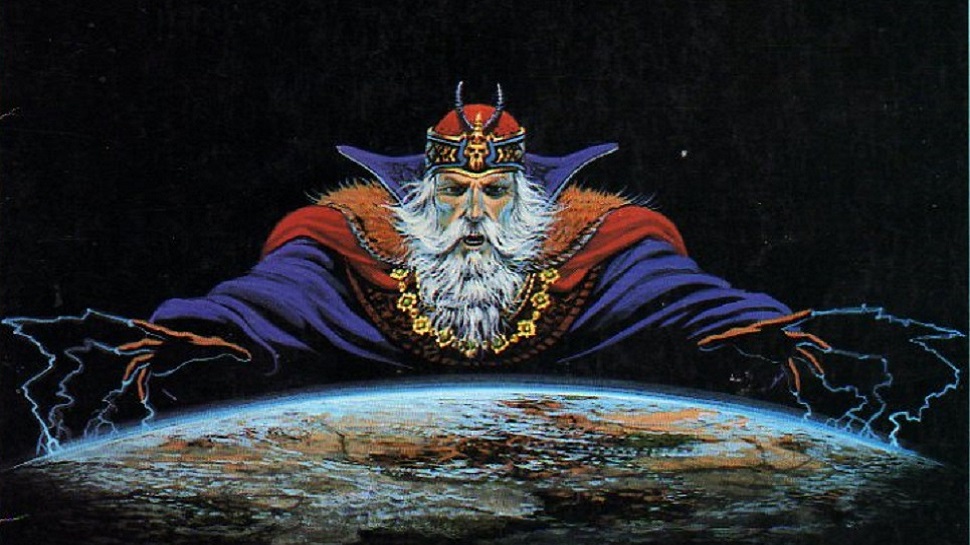 It’s hard to believe that I’ve been a Dungeon Master for almost 28 years. It’s crazy! And Gods knows, I probably spent a lot of that time sucking at it, too.

(My players would probably argue that I still suck at it, but I digress.)

Anyways, I’ve learned a few tricks along the way that make my games enjoyable. Or at the very least, ensure that I’ve got a regular crowd of folks that want to play every week.

Here are some of those of philosophies that I’ve learned to live or die by.

Man, I love storytelling and coming up with stuff. But ultimately, it’s the players’ stories, too. It’s just as much about what they want to see happen and you doing your best to make it happen. Now, that doesn’t mean you hand them everything they want. There’s gotta be some challenge. But make sure they’ve got a voice in how the story flows, too.

Not too long ago, I had a young kid playing in my campaign. He had some nutty love story concocted for his character and was really leaning on it. So I worked it in; however, I made it so that the other person wasn’t interested in him and was dating someone else. Not saying that they wouldn’t someday, uh… “hook up”, but hey. Love is work.

Well, I don’t think the dude saw it that way. A couple weeks later he quit the group claiming his parents wouldn’t let him play anymore. Of course, we all saw him a month later with another group. Ouch.

The mistake I made, I think, was not reading what the guy actually wanted. He was young and still had an idea that romance comes easy (old guys like me know all too well that it doesn’t). So I think he got offended. After all, some people play to live in fantasy worlds. Had I detected and respected that, maybe he would have continued playing?

Of course, we would have had to listen to him roleplaying his tabaxi making out with another tabaxi, so maybe I dodged a bullet there.

#3 – Don’t penalize players for life things or playing the game a way you don’t like.

Yo, it’s a game. And it’s one people do in their spare time. Nothing grinds my nerves more than people saying, “I’m going to penalize my characters because they’re murder hobos” or “this guy was late, so he didn’t get any experience.” That just plain sucks and it’s a shitty way to play the game. Life penalizes us plenty. People don’t need that shit in the game, too.

I’ve done that stuff in the past and let me tell you: it only ends with people getting pissed.

On the same token, if you’ve got a player that’s disruptive, shitty, or just doesn’t seem to care, don’t keep them around just because you need an ass in a seat. Boot that knucklehead.

Of course, that involves confrontation. But I go to my stock phrase:

“Hey, dude. I don’t think this is working out. Out of respect for the other players and myself, I’d kindly like to ask you to leave.”

Toxic players ruin the game for everyone. Plus, I suspect that 9/10 campaigns that fall apart do so because of a toxic player in the group.

You’re the Dungeon Master. You put all the work in. Therefore, the game should be played when you’re available, not when your players are. Now I know that there’s some fear that you won’t be able to have some of your favorite people in the game because it doesn’t work for their schedule, but if you start doing the schedule shuffle, you’ll end up driving yourself (and the players) crazy.

The only time I ever move my game is when I have a scheduling mishap of my own and I let the players know way, way in advance. Otherwise, it’s the same day and time each and every week, even if one or two people can’t make it.

You must be consistent.

I’m an insane person. I write 10,000 words per day. But that’s my full-time job. You don’t have to do the same thing. It’s okay not to write out the name of every single person that lives in a village. You don’t have to map out every “what if” situation for your campaign. That kinda stuff creates burnout. Don’t do it! Unless, of course, you enjoy all that stuff.

Just make sure that you’ve got enough together that it doesn’t seem like you’re just pulling stuff out of your ass. And these days it’s easy! There’s shit all over the internet. Hell, this website alone has 300,000 words worth of free shit for you to use.

There ain’t no shame in using an adventure module or someone else’s resources. Hell, I almost never draw my own maps. And despite having some 200+ monsters of my own, I still turn to the Monster Manual all the time for ideas.

#7 – Don’t be a Dungeon Master just because nobody else will.

This is another one of those things I hate to see. Being a Dungeon Master isn’t easy, I get it, but if you’re the Dungeon Master because nobody else will, then chances are you probably aren’t going to enjoy it. You’re probably not going to prepare enough, you’re going to make overpowered DMPCs (which, I fucking detest by the way), and you’re going to do shit that’s going to annoy the other players. Simple as that. Be a DM because you want to be a DM not because you drew the shortest fucking straw.

This sounds pretty obvious, but man, unless you want to watch your games fall apart pretty quick, you better learn the rules. That’s not to say that your players are going to take advantage of you. But little details can get missed and really imbalance the game.

For example, I had a 9th-level monk in my campaign that kept running up the ceilings like Spider-man and punching my flying/climbing monsters. Turns out, that it couldn’t actually do that. Not his fault! The wording was tricky. But it sure did make tougher challenges less tough and ultimately kind of boring.

And I get it. It’s three huge, college-sized textbooks worth of rules you need to learn. You ain’t gonna be able to cram this shit in overnight. If you could, you should probably consider a career in the legal field or as an actuary. But try to learn a little something new every day. Hell, I’m still learning stuff!

This is another one that seems obvious (and probably a little redundant with some of the others) but Dungeons & Dragons is a game. It’s for people to have fun. If people stop having fun, it’s no longer a game, it’s a chore. And I hate chores.

I will continue to Dungeon Master until it stops being fun. I suggest you do the same.

Finally, this is the big one, but imagine how you’d like to play the game. What sort of challenges would you like to see? What would make it fun for you? What sort of experience would you want to have? Now, that doesn’t mean you’re putting yourself into the game (again, I hate DMPCs, ugh), but by being your own ideal DM, chances are you’ll become the ideal DM for your players, too.

Did I miss anything? Am I full of shit? Let me know down in the comments!

And if you aren’t already, be sure to follow along with the blog. Sign up using the form in the right sidebar or down in the footer.