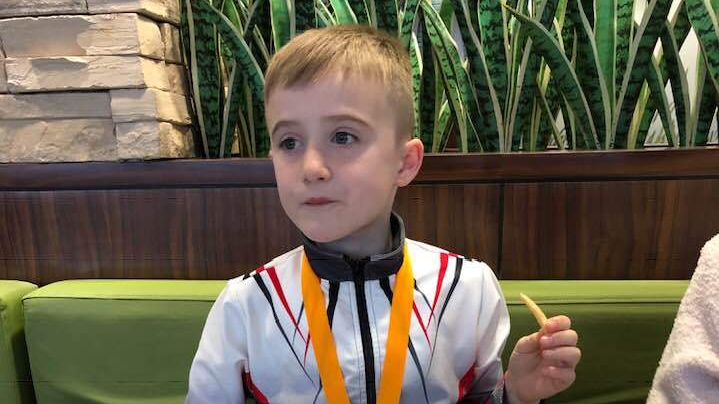 Tomorrow is the infamous DM Jack’s 7th birthday! Woohoo! Hard to believe that little peanut that appeared way back in 2011 is now a crazy, flippin’, reading’, joke-telling machine.

To celebrate Jack’s birthday, I thought I might make a monster out of him. After all, he’s my monster. #mushydadstuff

Oh, and he’s totally a monk/wizard. Deal with it.

Ki Warrior (2/day). As a bonus action, Jack can take the Dodge, Disengage, or Dash action. When he takes the Disengage or Dash action, his jump distance is doubled for the turn as well.

Legendary Resistance (3/day). If Jack fails a saving throw, he can choose to succeed instead.

Room-Clearing Fart (1/day). As a bonus action, Jack can let rip a silent (but deadly) fart that fills a 30-foot radius sphere centered on Jack. Each creature in that area must succeed on a DC 12 Constitution saving throw or be poisoned until the start of its next turn. On a successful saving throw, the creature is immune to Jack’s Room-Clearing Farts for 24 hours. Jack is immune to his own farts.

Spellcasting. Jack is a 5th-level spellcaster. His spellcasting ability is Charisma (spell save DC 14, +6 to hit with spell attacks). Jack has the following sorcerer spells prepared:

Little Kid Joke. Jack targets one creature within 30 feet of him that can hear him. The creature must succeed on a DC 14 Intelligence saving throw or become stunned until the end of its next turn.

If you’re up on social media, be sure to give Jack a big happy birthday!