10 Rules Everyone Gets Wrong in Dungeons & Dragons Fifth Edition 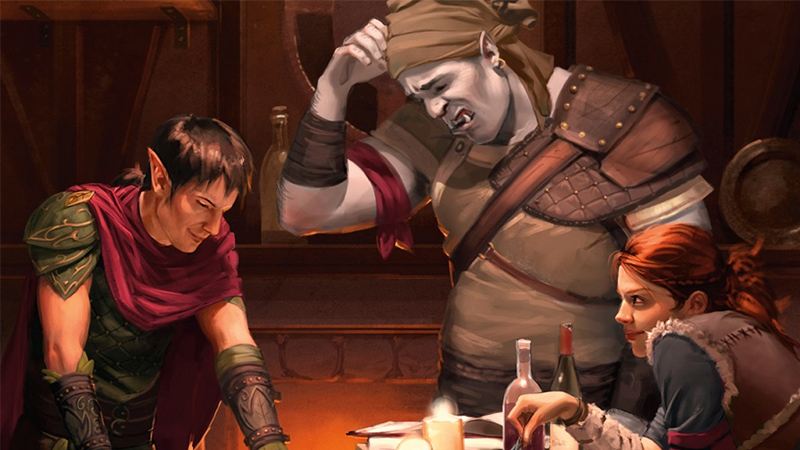 If you’re a cranky old grognard like me, then you’re probably tired of learning a whole new ruleset every 8 years or so. It’s one thing to have learned an entire textbook’s worth of rules if you’re a player. But when you’re a DM, you need to learn three books! And probably even more.

And don’t even get me started on creating your own stuff. That’s a whole other level!

However, I’ve learned with Fifth Edition there are still a lot of rules that people seemingly get wrong. Chances are, I still get them wrong, too. So please, feel free to blast me in the comments (so long as you can back it up with empirical evidence, of course).

Here are 10 of the biggest culprits for your consideration.

#1 – Armor Class is Based on Builds, Not Modifiers

In Fifth Edition, your base armor class is usually a base value (typically 10-16) plus your Dexterity modifier. And that’s it. There’s no proficiency bonus, no stacking multiple types of unarmored combat, and no crazy 3rd-edition-esque ACs that spiral out of control. Unless you’re a tarrasque or an ancient red dragon, the highest AC you’re ever going to see is probably 22. And even then, you’ll be lucky if you can get there.

#2 – If You’re a Player, Grappling is a Contest, Not an Attack

This is one I screw up constantly, mostly because there are monsters like ropers and vampires that can automatically grapple on hits. But if you’re a player trying to start a grapple, you roll a Strength (Athletics) check contested by the target’s Strength (Athletics) or Dexterity (Acrobatics) check. You do not make a melee attack to initiate it.

#3 – 9th Level Monks Are Not Jesus/Spider-man

At 9th level, your unarmored movement improves. The RAW reads as follows:

At 9th level, you gain the ability to move along vertical surfaces and across liquids on your turn without falling during the move.

Note that it says “during the move” at the end. That means you must end your turn on a solid surface. Otherwise, you gonna fall.

#4 – You Can Only Jump As Far As Your Normal Move

On page 182 (you’ll find that most of the confusion in the game comes from the movement section of the book), it gives rules for the long and high jump. What a number of players and DMs miss, though, is that even if you can make a crazy long jump–such as when you’re wearing a pair of boots of striding and springing–each foot you clear on the jump costs a foot of movement.

Now, here’s where it gets confusing. If your jumping distance is further than your normal move, that doesn’t mean you just land after the jump. Instead, you’re considered to be “in the air” during the jump and would complete your jump on your subsequent turn.

#5 – Suffocating and Holding Your Breath Are Not the Same Thing

This is just one I learned about myself. There are certain creatures that can suffocate players and there are those that make it so you can’t breathe. It might sound the same, but as far as RAW goes, it’s two different things.

On page 183 of the Player’s Handbook, under suffocating, it reads that “a creature can hold its breath for a number of minutes equal to 1 + its Constitution modifier (minimum of 30 seconds). Just below that it reads, “When a creature runs out of breath or is choking, it can survive for a number of rounds equal to its Constitution modifier (minimum of 1 round). Note the keyword “or is choking.”

My thought here (as well as some others I’ve read/spoken to) is that if a creature puts you into a position where you can’t breathe, then you’re suffocating. That means you go directly to the “number of rounds equal to Constitution modifier” rule. But if you voluntarily jump into a pond or decide to hold your breath to avoid breathing in poison gas, then that’s when you can hold your breath.

#6 – Difficult Terrain Does Not Cut Your Movement In Half

This is one that screws a lot of folks up and really, it does sound kind of the same and the wording makes it screwy. But the major difference is in Zeno’s Paradox.

Here is where part of the confusion comes from. On page 182 of the Player’s Handbook, it reads that when in difficult terrain, “You move at half speed in difficult terrain–moving 1 foot in difficult terrain costs 2 feet of speed–so you can cover only half the normal distance in a minute, an hour, or a day.” However, that particular block of text is for overland movement.

While the two blocks seem similar, they’re different. The reason for this is because difficult terrain during combat can stack with other movement slowing effects. For example, on page 191, if you are prone, “To move while prone, you must crawl or use magic such as teleportation. Every foot of movement while crawling costs 1 extra foot. Crawling 1 foot in difficult terrain, therefore, costs 3 feet of movement.”

For example, if you moved 30 feet and you were to cut your movement in half because of difficult terrain and your movement in half again because you’re crawling, you would only be able to move 7.5 feet. And that means you can only move 5 feet, thanks to the grid variant found on the following page. Under entering a square, it reads “To enter a square, you must have at least 1 square of movement left, even if the square s diagonally adjacent to the square you’re in.”

Fortunately, that’s not how RAW works. When crawling in difficult terrain, you spend 3 feet of movement per 1 foot. Therefore, you would be able to move 10 feet or two squares versus 7.5 feet or one square.

Most everyone knows how initiative works. Everyone rolls a d20, adds their initiative modifier plus any special bonuses, and then they are ranked. Highest goes first. But what if there is a tie? I’ve heard everything from “dice off” to “highest Dex.” But RAW states the following if a tie occurs:

There are optional rules in the Dungeon Master Guide for initiative, but if you want pure RAW there it is.

#8 – Ready is Not the Same as Holding Your Turn

Here is how you perform the Ready action:

Additionally, holding a spell means that you use your normal action to cast the spell, but essentially “hold” the magic until you fire it off as your reaction. Furthermore, you must maintain concentration on the spell, or you lose it.

This is a big one that a lot of players and DMs screw up. On page 202 of the Player’s Handbook, under casting time, it reads “you can’t cast another spell during the same turn, except for a cantrip with a casting time of 1 action.” That means that if you are a sorcerer and you cast a quickened fireball as a bonus action, you can’t then cast another fireball as your action. However, you could cast fire bolt.

What’s important to note, though, is that it specifically says “turn” and not “round.” Therefore, you can still use your reaction to cast reaction-based spells like shield.

If there’s ever any question over the rules, all you need to know is right there on page 6 of the Player’s Handbook:

Ultimately, the Dungeon Master is the authority on the campaign and its setting, even if the setting is a published world.

And then again on page 4 of the Dungeon Master’s Guide:

… as a referee, the DM interprets the rules and decides when to abide by them and when to change them. […] You’re the DM and you are in charge of the game.

Of course, that doesn’t mean the DM should be a jerk about it. After all, Dungeons & Dragons is all about shared storytelling.  Shared! That means that while you may be the one populating the dungeons, the story is ultimately the player characters’, too. They’re here to have fun.

And going to the other extreme, that doesn’t mean you should give them everything they want either. After all, a game gets boring pretty quickly if it isn’t challenging. Use your best discretion!

And whatever you do, don’t be a hack Dungeon Master like me! 😉

Whether you’re a player or Dungeon Master, hopefully, this information was helpful for you.

Speaking of wicked Dungeon Masters, I’ve got a shirt for sell over on Redbubble. Check it out:

“DM, what is best in life? To crush the characters. See them fail their death saves before you. And to hear the lamentations of their players.”

Check it out over on Redbubble!

And as always, see you next time.