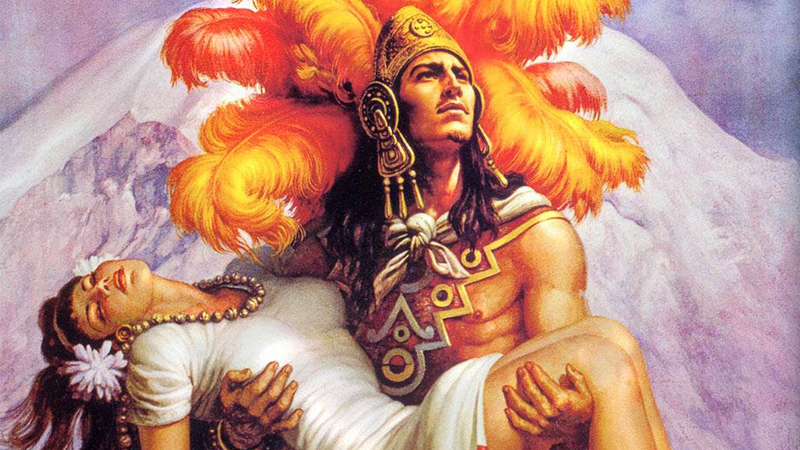 While the northernmost reaches of Alberia are drenched in the ways of civilization, much of the southern regions and coastal areas still stay true to their tribal roots. In fact, some races, such as the noble, strength-honoring tecuani of Cueva, live in villages no larger than one hundred people. Other well-known tribes include the Wixiratari of Mexjica, the Pipil of Cuzcatl, and the Kriols of Balixi.

In touch with nature, these animistic tribes produce powerful warriors who represent the values and ideals of the whole; the “civilized folk” call these warriors barbarians. Of course, they are much more than that. While the civilized ones often separate their religions from their government, that is not the case with the animists. They are leaders, spiritual guardians, and paragons of virtue all at once.

At 3rd level, a barbarian gains the Primal Path feature. The following options are available to a barbarian, in addition to those offered in the Player’s Handbook: the Path of the Dreamwalker and the Path of the Fire Heart (available exclusively on Patreon).

Path of the Dream Walker

Peyote is a small cactus-like plant that grows in southern Mexjica and in other arid regions of Alberia. When consumed in large quantities, it can produce an intense psychotropic effect. Some tribes, especially the Mexjicano Wixirati, use peyote to have visions, communicate with their ancestors, and become one with the forces of the universe. It is even rumored that eating enough peyote allows one to speak directly with one’s god.

Those who follow the Path of the Dreamwalker draw on the power of peyote to see beyond the present. They are so attuned to the plant that they can use its psychotropic effects to see into the dreams of others and experience events before they even occur. Dream Walkers often walk with loose steps, as if under the effects of alcohol, and their eyes are never fixed in one place. They may even go silent for days at a time, only to snap back to reality days later with no recollection of where they have been or what they have done. It’s even hard to tell when they’re actually raging since they appear to be in a constant stupor.

Path of the Dreamwalker Features

At 6th level, you can see beyond your own reality. While you are raging, you have truesight up to 30 feet. You can see invisible creatures and objects, you automatically detect visual illusions and succeed on saving throws against them, and you perceive the original form of a shapechanger or a creature that is transformed by magic. Furthermore, you can see into the Ethereal Plane within the same range.

Beginning at 10th level, you can cast the dream spell, but only as a ritual. When you do so, only you can act as the messenger and you cannot appear as anything other than yourself (although you can still shape the dream as you see fit) and you do not cause psychic damage to the target. Once you cast this spell, you can not use this feature again until after you complete a short or long rest.

Once you reach 14th, you are so attuned to the universe that you can predict events moments before they occur. You have a +2 bonus to your initiative rolls. In addition, you can use your reaction to add 2 to your AC against one attack that would hit you.

These new player options are part of the Mesoamerican fantasy campaign setting I’m creating for Patreon. Half of the content for the setting will be free here on the blog and the other half on Patreon (some of which will be free there, too).